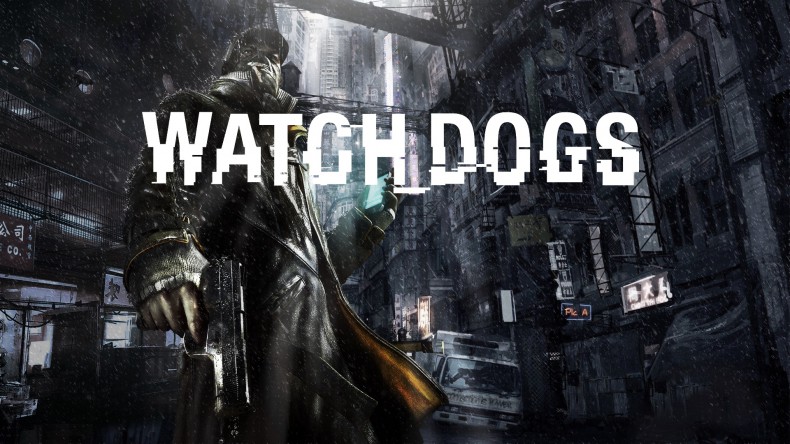 Ubisoft released Watch Dogs  last month. It was their fastest selling brand new IP ever and  it received mostly good reviews. Those two facts alone pretty much guarantee we will see a Watch Dogs  sequel in the future. While I did enjoy my time with the game for the most part, after the first few hours some of its flaws did start to emerge. Here are five things I’d like for Ubisoft to fix/implement before the inevitable sequel happens: “My hat and trench coat are more memorable than my personality.”

1. A Better Protagonist and More of Jordi Chin

If I’m being honest I think the character of Aiden Pearce was a little bland. Aiden’s motives for his actions during the game were clear, but that didn’t make him an interesting character. Noam Jenkins’s delivery often left something to be desired. Ubisoft took a risk choosing Jenkins as the voice of Aiden, don’t get me wrong. I’m not saying that Nolan North and Troy Baker should voice every character ever, but Jenkins voice acting talent was unproven as this was his first game role. If you’re looking to launch a new franchise with a memorable lead at least use someone who can effectively convey an array of emotions; don’t just pick a generic, gruff, macho sounding guy.

I found myself more interested in the character of Jordi Chin than Aiden Pearce. Chin was criminally underused throughout the game. I wouldn’t mind a spin-off or a sequel starring him.

The driving in Watch Dogs was pretty bad to say the least. There were a few select cars that handled somewhat decently, but more often than not you’d find yourself swerving all over the road, crashing into things and accidentally running over pedestrians. If you were trying to play the game with a good reputation then obviously accidentally running over pedestrians is counter-intuitive to that goal.

Motorbikes handled quite well for the most part, but you shouldn’t be forced to use them if you want a smooth driving experience. They should be there as they were first intended—an option. When you create a game that relies heavily on driving from point A to point B then driving should be fun, not a chore. This needs to be fixed for the sequel. “I’m just going to take this corner up ahead nice and slow… and yep, I swerved into a ditch.”

Numerous times throughout Watch Dogs  you’ll find yourself having to either chase down an enemy in a vehicle, or find that you are the one being chased. During these portions of the game you feel particularly defenseless because you can’t shoot while driving. This feeling of defenselessness is especially true during the early portions of the game, before you unlock some of the advanced hacks that allow you to blow up steam pipes and raise the city blockers to take down your pursuing enemies. More often than not when I was in a car chase I would resort to getting ahead of my enemy, leaving my vehicle and shooting them on-foot. In-car shooting would make these encounters much more gamer friendly.

I don’t see a real reason why hacking and shooting while driving can’t co-exist. While it may have been a conscious decision on Ubisoft’s part to omit in-car shooting, I still feel its absence hinders gameplay. I understand they wanted to have the focus on hacking but providing the player with more choice is never a bad thing.

Chicago was a great location and I enjoyed exploring it for the most part, but I think if they stick to the same city for the inevitable sequel it will get old real quick. Ubisoft should mix up the location, Assassin’s Creed  style, to keep things fresh. There aren’t many open world games set in England anymore, especially after The Getaway  fell off the face of the earth. Perhaps a Watch Dogs  set in London would be a good idea. Ubisoft have already had a game set in London recently, ZombiU, so they are no stranger to the city.

I’m sure Aiden would have a hack to lift up that bridge… Somehow.

In the context of the game and the story it doesn’t really make sense for Aiden Pearce to be an expert pilot. Regardless it was a real shame not to be able to take to the skies of Chicago in a plane or helicopter. Especially seen as the police could pursue you in helicopters, which was the ultimate tease. For the next game, if a new protagonist is introduced then perhaps ‘pilot’ could be part of his (or her) skill set, or possibly make it something you can learn in game a la Grand Theft Auto.

Those are just a few of the things I’d like to see in a Watch Dogs sequel, let us know if you agree or disagree and share some of your own ideas in the comments below.

Senior Staff Writer Karl has been an avid gamer since the days of the original PlayStation, it's a passion that took ahold of him at a young age and one that never let go. When he isn't playing games he's usually writing about them, or listening to The Killers. Metal Gear Solid is quite possibly his favourite gaming series of all time, having only initially purchased a PlayStation 3 to be able to experience Metal Gear Solid 4.
You might also like
UbisoftArticlesFeatures