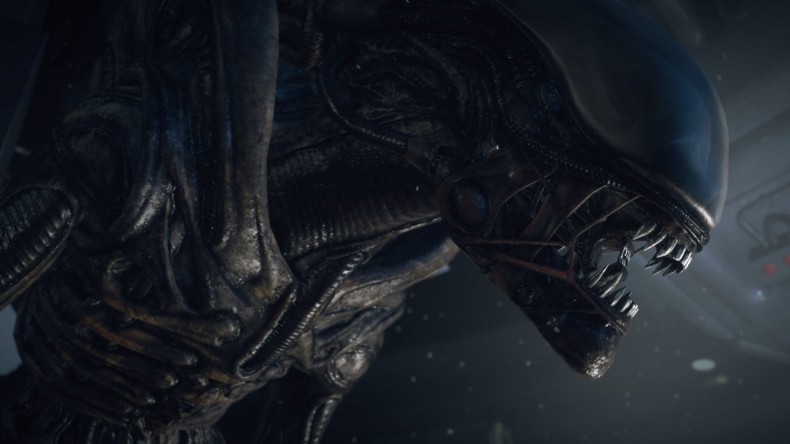 A Low Bar to Clear

I believe it might be very safe to say that the expectations for Alien: Isolation aren’t very high thanks to the disaster that was Aliens: Colonial Marines.Â  With consistently low scores and multiple “Worst Of 2013” nominations, including #3 worst game of 2013 on SpawnFirst, Colonial Marines remains as the poster child for terrible movie tie-in games and possibly the worst gameÂ the franchise.Â  So Aliens: Isolation doesn’t have to do too much to be better than Colonial Marines, but there are many things it must do right to be both good, and win back any betrayed fans and gamers.

Anyone who has seen Alien or Aliens will remember that the series was focused on horror and tension before the franchise focused on explosive action and predator death matches.Â  The first two movies focused on groups of people who were desperately trying to survive against a dangerous enemy.Â  Even the well-armed marines in the second film were basically just after-dinner mints in the eyes of the aliens.

By making the aliens a powerful and threatening presence once again, the act of sneaking and running for one’s life should make for some effective tension and terror much like the kind found in Amnesia or Outlast.Â  In order for Isolation to be good, it must stay on this style of gameplay from start to finish; no gunfights allowed.Â  Since Weyland-Yutani, an evil corporation, will probably show up like clockwork, this doesn’t mean the game needs to turn into a first-person shooter.

While sneaking past armed PMC troops isn’t as scary as hiding from the intelligent and agile aliens, areas revolving around these enemies can still be tense given the protagonist is still vulnerable. The developers of Isolation should take note on the techniques and methods used in Alien and other good horror games in order to create a frightening experience.Â  This means the game must be paced properly, have good atmosphere, make good use of its monsters, and use different tricks to keep players guessing and always uneasy (more on these ideas and techniques found in The Art of Horror Part1 and Part2.)Â  As soon as the game becomes predictable and relies solely on jump scares, the game will fail as a horror title.

Colonial Marines did very little right, even the basics of gameplay design were butchered mercilessly by the games developers.Â  Decent controls and minimal, and I mean as few as possible, bugs should not plague any modern video games. Â Â This one should be a given, but the developers need to make sure the controls are good, or at least let players adjust some settings, and test the game extensively so there are as few technical problems as possible.

Complaining about graphics is somewhat petty since I don’t believe good graphics equals a good game, but the terrible, muddy graphics of Colonial Marines actually gave me a headache when playing it.Â  The sound design was also very grating especially when multiple pulse rifles were firing at once.Â  This one should not be too hard for Isolation in which it must basically look and sound good enough to keep players’ eyes and ears from bleeding; i.e. no blue haze and less pulse rifle fire.

Art direction is important and can’t be done lazily like in Colonial Marines because a faithful art direction to the series is what helps the players to immerse themselves into the series’ world.Â  This is a little more difficult than just making the graphics and sound design decent because in order for the art direction to be good, it must be faithful to the films while adding small touches from the art designer’s style to create something that is both familiar and fresh. Word of advice: Isolation should not look like this

Colonial Marines’ script looked like it was derived from the fan fiction of a twelve yearÂ  old who was failing the English & Literature class in elementary school; many other Alien-based works have not fared much better.Â  I don’t believe this to be too much harder either, much like graphics and sound, since basically the characters and situations need to be believable.

Here’s a hint for the writers, if you are going to use Weyland-Yutani, give a legitimate reason for why they are doing their research so when the aliens kill most of their staff violently, then it will feel like less of a waste.Â  Basically all they need to do is fill the giant gaping hole that is the plot created by countless Alien games and movies.

Also, the characters, especially the protagonist, have to be likeable and believable; remember, flawed characters tend to have the most layers.Â  Do not by any means, create a character that was as a bad as Colonial Marine’s O’Neal unless the player is given the option to beat him to death with the nearest blunt object.

Last, do not include characters from the franchise unless their inclusion is necessary and done believably.Â  This means no magical resurrection of dead characters with no explanation to how they are alive because that’s just stupid.

Wait For the Reviews

Alien: Isolation has a great amount of wrongs to right from the aftermath of Aliens: Colonial Marines.Â  If the developers learn from the mistakes of the previous developers, then Isolation will be better than Colonial Marines and hopefully a good game in general.Â  Regardless, it will probably be best to wait for reviews to come in before buying this one.

2 people like this
Articles, Opinions
Alien: IsolationAliens Colonial MarinesHow Isolation Can Be Successful

Former Contributor Chris West is a graduate of Texas Tech University where he earned his BS in Electronic Media in Communications. Chris has been passionate about games since he was a kid and today prefers games with a strong narrative. He also has a soft spot for horror games, legitimately scary games mind you, and any game claiming to be challenging, Dark Souls for example. When he isn't playing games, he is pursuing his other passions: music and photography. Chris can play both guitar and bass and then take high quality pictures of the performance with his camera. In the end, Chris enjoys writing about his passions and ideas, when he isn't destroying his friends in Call of Duty.
You might also like
Alien: IsolationArticlesOpinion