The Art of Horror Part 1: Breaking It Down 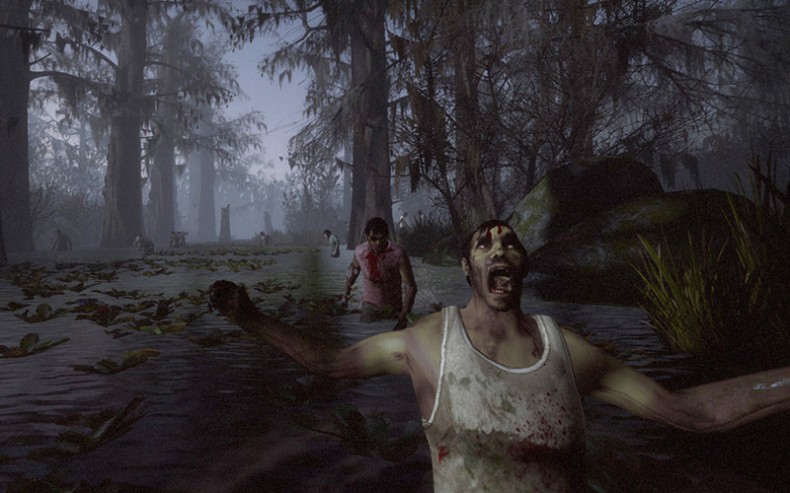 Video games and the horror genre are two things that are perfect for each other. Since video games add a great deal of immersion by allowing a person to take control of a character, I believe the video game medium has a significantly greater scare factor than that of movies or television. Not to say movies or TV shows can’t be scary, but one has to admit it is much more terrifying to be in the shoes of a victim than to watch the same character’s plight from the sidelines.

Like any genre, there are multiple guidelines that help make a horror game induce the desired effect on the audience. Following the guidelines doesn’t automatically make the game scary or even good, but it does help it get on the right track. Here are the guidelines I believe make an effective horror game. The Fear of Death

One of mankind’s most basic and oldest fear is the fear of death. People generally tend to fear what is unknown and the uncertainty of what happens after death is a mystery known only to those who have passed. This is also a very basic rule in horror games: if there is no risk of death, there is no fear. If the characters are not in any real danger and the only chance of failure is not being able to figure what to do next, then the game cannot be legitimately scary.

The one genre that befalls this problem is the adventure genre, most notably point-and-click style games. The game Anna for example, throws players into a small house that is haunted by a powerful spirit. Despite the crazy, paranormal occurrences that take place, players can never die from the haunting. Even in the Extended Edition, depleting the health meter to zero just kicks the protagonist out of the house with no harm done.

Not all adventure games have this problem though. The best example of a scary point-and-click adventure is the original Clock Tower which requires players to escape from a creature wielding a giant pair of scissors outside of basic puzzle solving. The same goes for Telltale Games’ The Walking Dead.

As for other game styles, the risk of death is almost a requirement regardless if it is a horror game or not. Think about it: in most horror movies and games, what is highly likely to happen to the main characters? They all have the chance to die in a what is usually a grisly manner. In fact, the act of protagonist mutilation is kind of the focus of games like Dead Space and Resident Evil.

This guideline is one of the most basic and easily one of the most important rules in order to make a scary horror game.Â  Without it, players at most will only be startled by the game’s events regardless of how well-crafted they were. For a horror game to be effective, players need to be constantly on edge and need to feel uneasy at all times; even if there is no immediate danger nearby. One of the best ways to do this is to create a unnerving atmosphere. While the lack of a good setting won’t keep the game from being scary overall, it will be less effective.

Probably one of the best examples of great atmosphere would be the first four Silent Hill games. Each game taking place inside an old town, with the exception of Silent Hill 4:The Room, and required players to navigate run-down, dimly light buildings. To make things worse, the town takes those places and then gives it an even darker, industrialized make-over as if the player just set foot in Hell.

Another good example would be the claustrophobic environments of Dead Space. Reminiscent of the original Alien movie, players must explore the dark halls and rooms of a monster-infested spaceship. Viewing the aftermath of the creatures’ attack only makes the atmosphere more foreboding.

Good atmosphere however, is not just making it very dark and difficult to see; Doom 3 (good game, cheap atmosphere) for example.Â  While the atmosphere of these games are great, the setting isn’t used to directly scare the audience. It is used to unnerve them a little in order to make it easier to scare them and then keep those scares maintained.

Much like the game’s setting, a good story enhances the horror more so than it directly scares the players.Â  A good story and likeable characters can actually make it easier for players to become scared. If the protagonist is highly unlikeable, then the audience will not care if he/she is killed.

The game Siren suffers from this problem by having too many main characters to control and by using a schizophrenic story structure.Â  Due to the story constantly switching from character to character and timeline to timeline, it is difficult to become invested in the characters and even get a handle on the overall situation. With this in mind – and the bad gameplay, it’s hard to feel much fear despite being attacked by the game’s creepy monsters.

Games like Silent Hill 2, which contains a superb story, not only gets players invested in the characters and the world, but the need to know what happens next motivates players to move forward. This mean players are ready and willing to walk directly into the developers scare traps. While the story doesn’t need to be Oscar-worthy, it does need to be taken seriously in order to help achieve scares. In the metaphorical race that is the horror genre, the race isn’t a 100-meter dash, but is instead a marathon. In any race, metaphorical and literal, it is important to know when to slow down, when to speed up, and to know how your limits. And the same goes for horror. In short, the game should not be needlessly fast, to avoid devaluing scare tactics and shouldn’t be too slow to risk losing the players’ interest.

The original Resident Evil games had a dynamic pacing which allowed players to soak in the atmosphere while watching their backs for enemies. Unlike the current generation Resident Evil games, the action would rise and fall in varying degrees instead of near constant action sequences. Resident Evil 6 is the foremost example of terrible pacing in a horror game.

Who are you going to be more afraid for, a highly trained military commando or an out-of-shape officer worker who’s never been in a real fight?Â  Of course the audience is going to be more concerned with the safety of Michael, not Rambo. If players control a character who is more vulnerable and in immediate danger, there will be more opportunities for fear and tension.

Vulnerability can be any a game could be something like a lack of supplies, a weak character, or not having any means to defend oneself. The traditional Survival Horror games of the PS1 and PS2 were very good at restricting the player’s supplies making the protagonist’s military training, or lack thereof, moot. It is very difficult to be afraid of any situation when the main character has near limitless ammunition for a high-powered weapon.

The most scary form of vulnerability is the complete inability to defend yourself from any nearby threats. Desperately running and hiding from something that is hell-bent on killing you, like in Amnesia: The Dark Descent, is a terrifying experience. Games like that generally tend to some of the most scariest moments in games.

Continued in Â The Art of Horror Pt.2: Guides to Terror

5 people like this
Articles, Features
Breaking it DownHalloweenPart 1SpawnFirstThe Art of Horror

Former Contributor Chris West is a graduate of Texas Tech University where he earned his BS in Electronic Media in Communications. Chris has been passionate about games since he was a kid and today prefers games with a strong narrative. He also has a soft spot for horror games, legitimately scary games mind you, and any game claiming to be challenging, Dark Souls for example. When he isn't playing games, he is pursuing his other passions: music and photography. Chris can play both guitar and bass and then take high quality pictures of the performance with his camera. In the end, Chris enjoys writing about his passions and ideas, when he isn't destroying his friends in Call of Duty.
You might also like
HalloweenArticlesFeaturesChris West