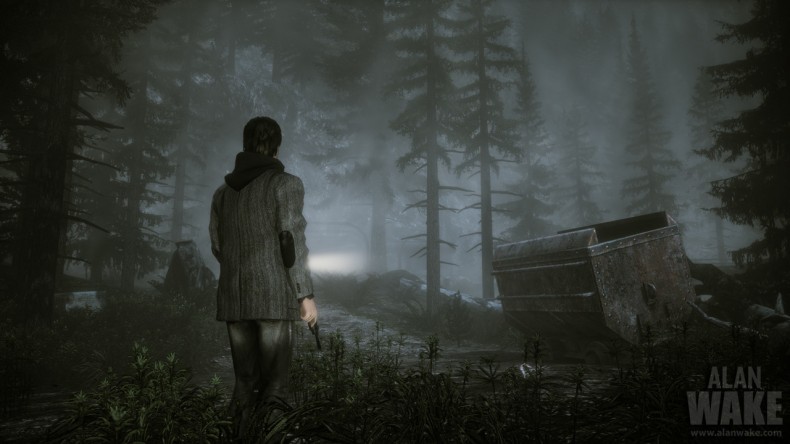 Continued from The Art of Horror Pt.1: Breaking it Down

The fear of being alone, monophobia, can be a part of the horror game as well. Hypothetically, imagine going to a Halloween attraction – like a horror-themed fun house, with four friends. You stick to a line formation with you in the middle; who’s going to be the most scared? Answer: the person in front and back because they will be taking the brunt of the scares, given attractions usually use traditional jump-scare tactics.

The experience is significantly different in a group than if you were to have gone in alone; the same rules apply to games. Extra characters involved in the gameplay andÂ  multiplayer almost assuredly kill any tension or fear the game can muster. As far as I’m concerned, another character serves only two duties: either to advance the story or to be used as live bait.

Dead Space 3 and Resident Evil 5 & 6 are guilty of breaking this rule. Constantly having an assistant dampens the tension and the only scary thing about the gameplay is finding out the A.I. or second player has stolen all of the supplies behind your back.Â  Games can only be scary if the protagonist is almost always alone and players also can have the opportunity for more scares while playing alone as well.

This one is actually very important because if the player can’t take the enemies seriously or consider them to be a threat, then it becomes very difficult to get scared. Nowadays, developers need to be more creative with creature design because people aren’t scared as easily as they used to be. Not to mention some creatures like vampires, werewolves, and most especially zombies, are not considered to be scary anymore unless the developer goes the extra mile to make them more unique than their original counterparts.

In the game Siren: Blood Curse, the developers created a new form of zombie that constantly bleeds from its eyes and mouth and cannot be killed, only incapacitated. This is a great idea and most of them look disturbing, but the Shibito, the aforementioned zombies, can be seen singing, frantically laughing, and at one point dancing which undermines the scary factor.Â  This is a good example of enhancing a very tired and overused monster, but still making it hard to take the monsters seriously.

Ghosts are another common enemy, but due to their paranormal nature and consistent ability to scare people, they are easily one of the most effective enemies in the horror genre overall. The fear of the unknown and inability to defend oneself are generally the reasons why ghosts tend to be scary and thus why they are commonplace in the horror genre.

The Fatal Frame series has used this horror monster more effectively than any other video game series by making them difficult to dispatch and by making them extraordinarily creepy (aesthetically). General paranormal activities (not a movie reference) tend to be scary and unnerving in general like in Silent Hill 4: The Room or F.E.A.R.

More original creatures like the infamous lickers from Resident Evil or the Necromorphs from Dead Space also serve as good examples because they are both scary-looking and extremely dangerous. Not to mention it is hard not to be startled when you find out the hard way that the necromorph you gunned down was just playing dead.

The act of creating horror game enemies that are scary, dangerous, and unique is a very broad topic. Considering how long gaming has been in existence, the list of examples is quite large. In the end though, the effectiveness of the creature is determined by the artists and designers. 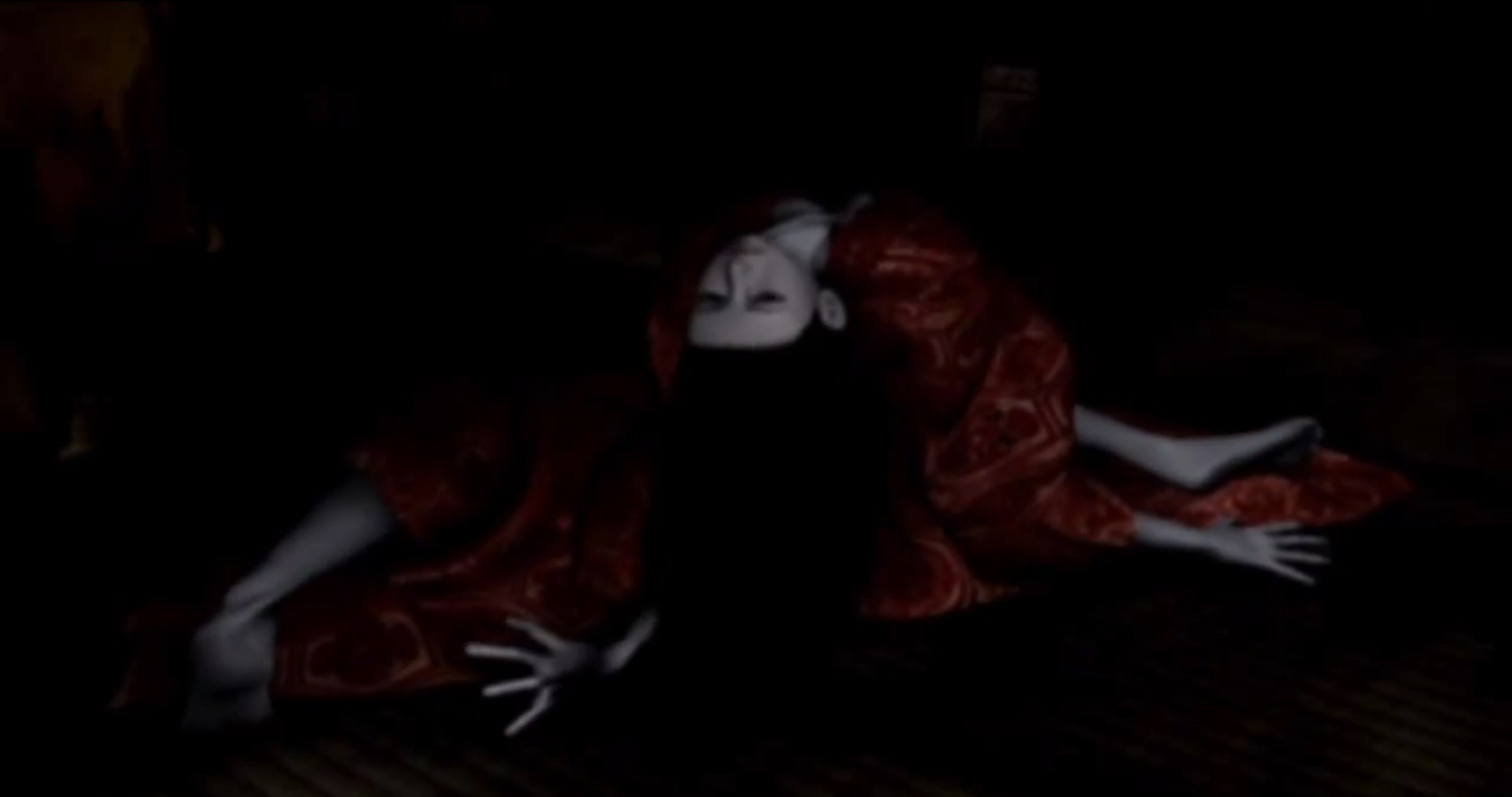 It is very difficult to be scared when you know exactly what is going to happen beforehand. If a game is predictable, then it can’t be scary. Part of the scare is the element of surprise.

Many games have trouble with this due to bad pacing, bad design, or the developers just ran out of ideas. How many times have players walked into a room that just happened to contain a save point, three health tonics, and a box of magnum rounds; it’s not hard to guess what’s about to happen next. It’s the games that change these tactics sporadically and seemingly randomly, that are genuinely scary, unpredictable, and keep players on their toes.

While the first half of Dead Space is scary, at around the halfway mark, I was able to predict almost every Necromorph attack like clockwork. It’s a good game with some harrowing moments, but due to a rhythmic pacing, it becomes fairly predictable.

Games like Condemned: Criminal Origins on the other hand are truly unpredictable on the first playthrough, unless you decided to look up a walkthrough like a chicken. The game uses the most unpredictable of enemies, psychologically unstable people. By using unique enemy behavior and changing tactics, the game is consistently scary; just ask anybody who has played through the mall stage.

Unpredictability is one of the more difficult guidelines to achieve because it truly requires developers to think outside the box and change things around strategically. Without this though, it may be impossible to get players to be scared or shocked because there is no element of surprise. 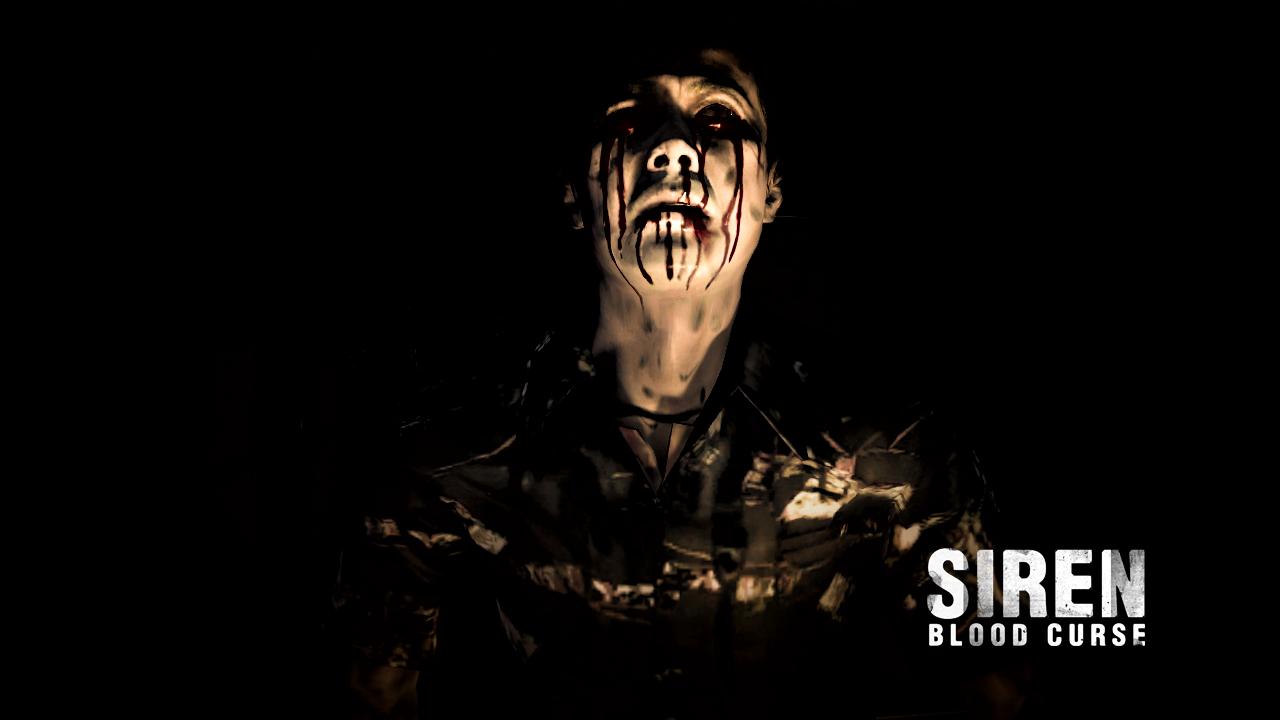 There is a difference between being startled and being scared. Being startled is usually a quick jump-scare that raises your heart rate, but is soon forgotten. Being scared means a person’s daily routine has been interrupted due to something frightening; it gets in your head and stays there. Using psychological tactics in a horror game can mean the difference between startling a player and scaring the player.

The best example of true fear isn’t a game, but a very famous movie. Steven Spielberg’s Jaws is still scaring audiences today and still getting into their heads. Around the time of its release, the movie destroyed peoples’ daily routines; some people were so terrified of water that they were afraid to even take a bath.

It is hard to accurately name a game that has caused the disruption of a person’s routine because not everyone is afraid of the same things and games. Plus I’ve never heard stories about people freaking out over a game as much as the story mentioned above.

You may not want to admit it, but you’ll know when a game has effectively got in your mind. If a random sound effect causes the player to become paranoid and frantically search the area, the game has won. If a player checks their closet or behind the shower curtain before doing something, the game has won. Small things like this mean the game has gotten into a person’s head and how long a person continues to act paranoid determines how effective the horror was.

So after watching a good horror movie, playing a scary game, or doing something else to celebrate Halloween, you catch yourself taking a quick glance over your shoulder; don’t deny it, you were scared!
4 people like this
Articles, Features
Art of HorrorGuides to TerrorHalloweenPart 2SpawnFirst

Former Contributor Chris West is a graduate of Texas Tech University where he earned his BS in Electronic Media in Communications. Chris has been passionate about games since he was a kid and today prefers games with a strong narrative. He also has a soft spot for horror games, legitimately scary games mind you, and any game claiming to be challenging, Dark Souls for example. When he isn't playing games, he is pursuing his other passions: music and photography. Chris can play both guitar and bass and then take high quality pictures of the performance with his camera. In the end, Chris enjoys writing about his passions and ideas, when he isn't destroying his friends in Call of Duty.
You might also like
Art of HorrorArticlesFeaturesChris West

The Art of Horror Part 4: The Best of the Genre