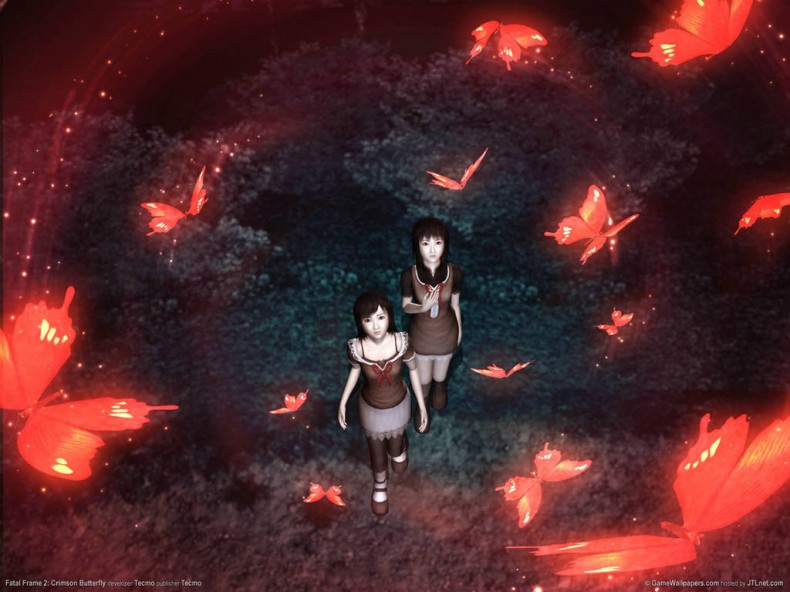 For the fifth and final installment of The Art of Horror, the SpawnStaffers chip in with their personal picks of their best horror movies and games, to help celebrate this most joyous holiday. Check out parts one, two, three, and four of the Art of Horror features, if you aren’t caught up yet. 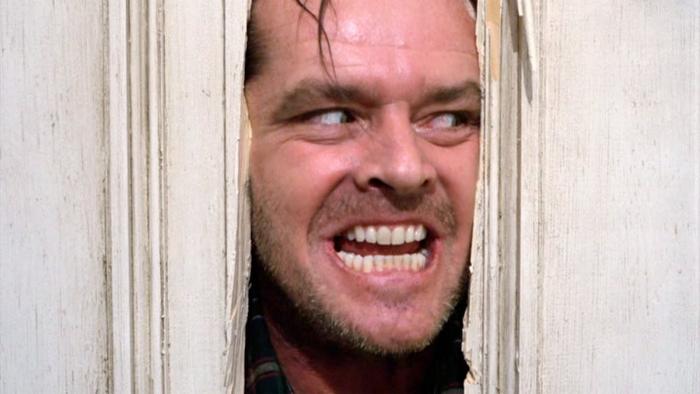 I often find people giving me a strange look when I tell them The Room is my favorite Silent Hill game, but it is. It scared me more than any other game in the series when I first played it (and I’ve played them all). It contains moments of such utter brilliance that it puts almost every other horror game to bed. It’s a shame it’s often passed over in discussions about horror games, even by people who are pretty familiar with Silent Hill. It’s a travesty it wasn’t included in the Silent Hill HD Collection. Eileen’s giant disembodied head is one of the most random and creepy things in anything ever. Those eyes!

I’ve watched it so many times I’ve lost count, and I still look forward to watching it again even now. Jack Nicholson is brilliant in it, and the part where he sticks his head in the hole in the door and says, “Here’s Johnny!” still freaks me out. 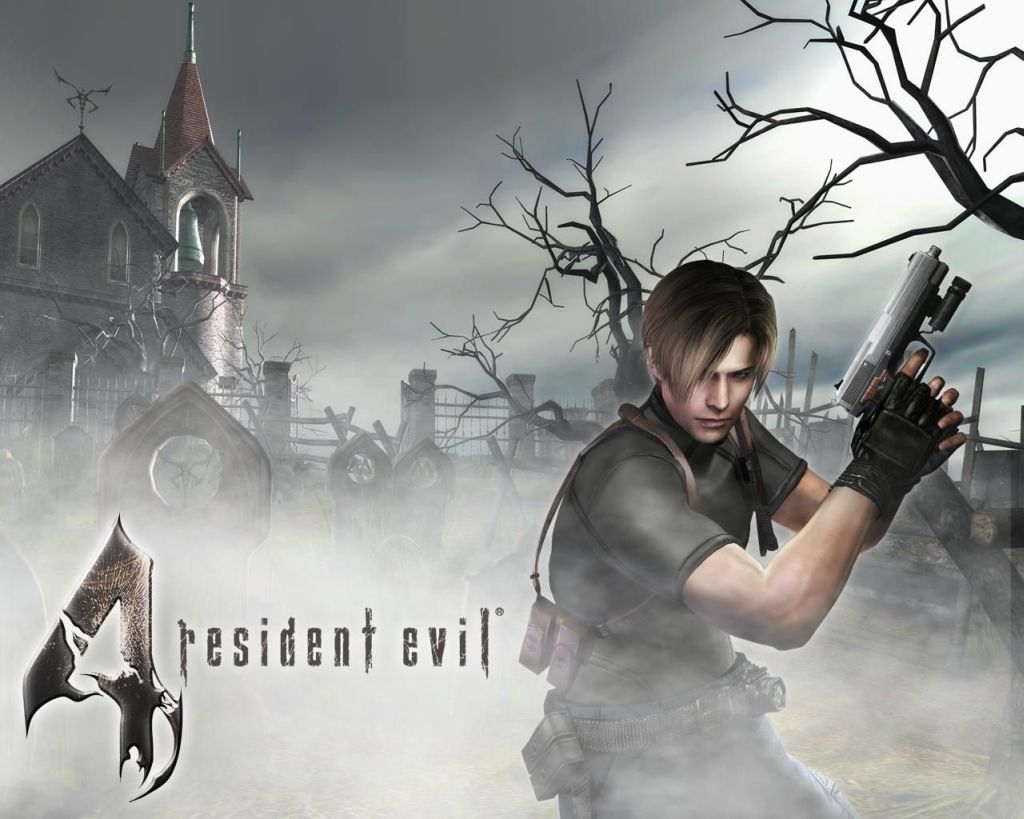 Not only is Resident Evil 4 my favourite survival horror game, it’s my favourite game of all time — which is somewhat ironic considering horror is probably my least favourite gaming genre. RE4 was also the first ever Resident Evil game I ever played, and subsequently I fell in love with the series. Capcom outdid themselves with RE4 so much that sequels Resident Evil 5 and 6 failed to reach the same great heights. For the record, I thoroughly enjoyed RE5. RE6â€¦ well, it was a horror all right, that’s for sure. If you have yet to play Resident Evil 4, then do whatever you have to do to play it. It’s been on the Gamecube, PS2, Wii and a HD version is available on PSN and XBLA too, so really you have no excuse not to play it.

Recommended Movie: Cabin in the Woods

I really don’t do horror films. I just don’t really get it. They’re just not for me. And, honestly, it’s a toss-up between rom-coms, musicals and horror in my three least favourite genres. I did see Cabin in the Woods at the cinema however, and I liked it. But not enough to make me watch another horror film since that day. I’m a wimp, I know, and I won’t be answering the door this Halloween. (P.S. Halloween in the UK is very subdued compared to America, anyway). 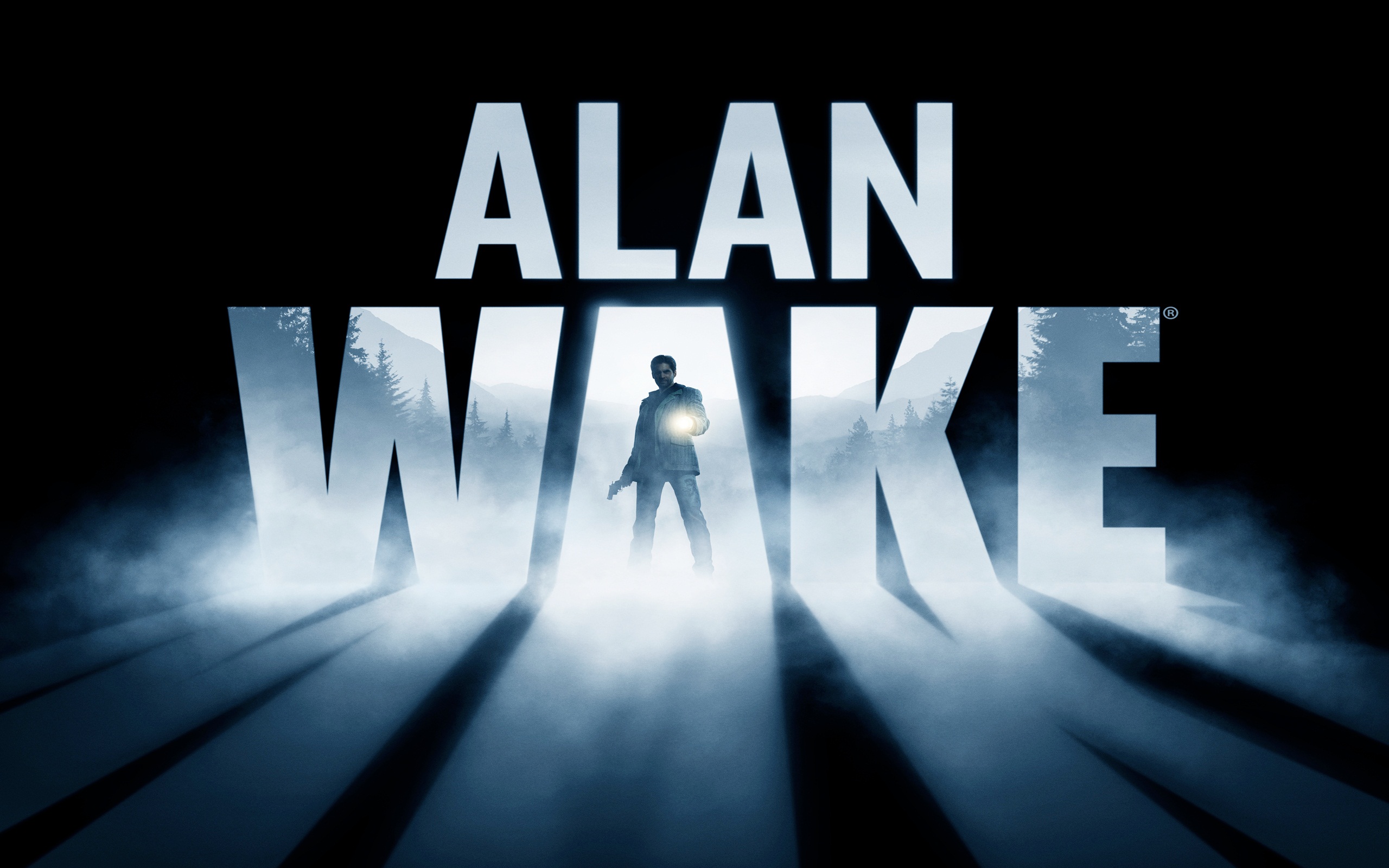 When it comes to a scary game, I find myself hard pressed. Iâ€™m not really a jumpy person, with games hardly ever effecting me. Sure I could mention Dead Space, Silent Hill 2 or even Amnesia: The Dark Descent but when it comes down to it, Iâ€™d much rather play something else — Alan Wake. Whilst it may not be a â€˜horrorâ€™ game to many people, I find Alanâ€™s adventure one of the most interesting and unusual narratives in video games. There aren’t any jump scares, just clever writing and a thick, chilling atmosphere. Hell, even the semi-sequel gave us a lovable, psychopathic villain. Just donâ€™t tell him I said that, I donâ€™t want to get murde-

Picking a definitive ‘favourite’ horror movie is a really tricky decision. When it comes down to it, the scariest film I’ve ever seen would beÂ Takashi Miike’s Audition. Whilst I have no idea if it’s actually as scary as I remember it, I first stumbled upon the film as a highly confused, utterly terrified 8-year-old. Maybe it was the dismemberment. Maybe it was the constant maniacal giggling. Either way, I still wonâ€™t watch it. 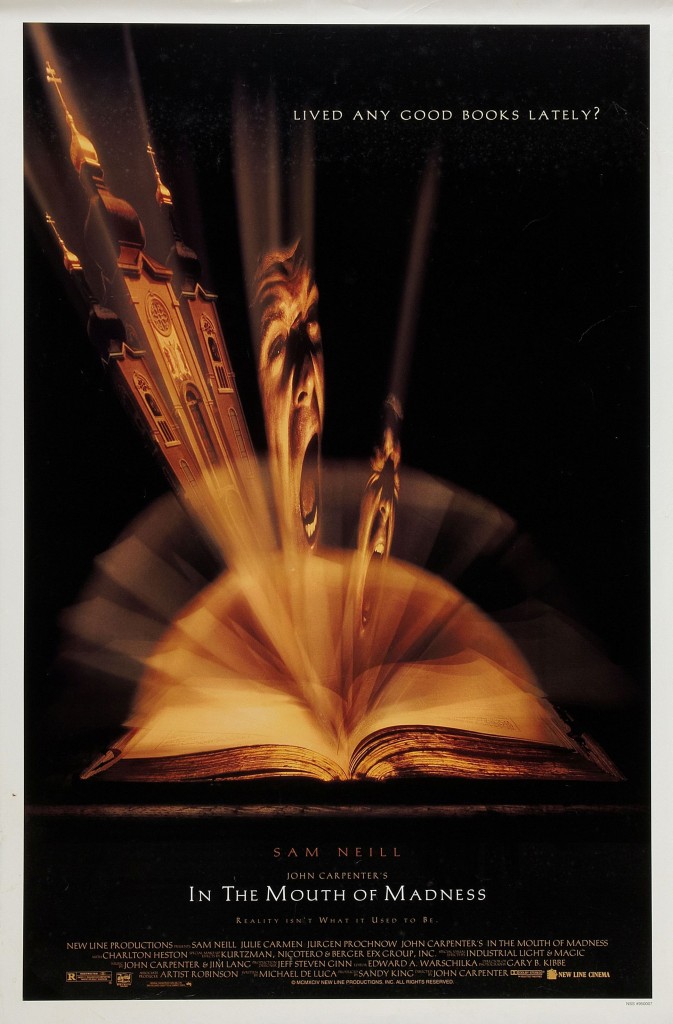 There are so many awesome horror games, but the one that always sticks out in my mind is Silent Hill 2. Granted, when I first played it, the story and ideas behind it didn’t quite grasp me. It wasn’t until I re-played it, saw the deeper meaning behind it, and truly got the scope of horror presented here that it just has become a classic that has hardly been matched to this day.

Recommended Movie: In the Mouth of Madness

My favorite horror movie is Saw… ok I’m kidding. One of my all-time favorite horror movies is John Carpenters In the Mouth of Madness. This guy has done quite a few awesome flicks but this one was basically a love letter to HP Lovercraft, and having read a lot of his stories, the movie came off feeling odd, creepy, spooky, and weird. I loved it. 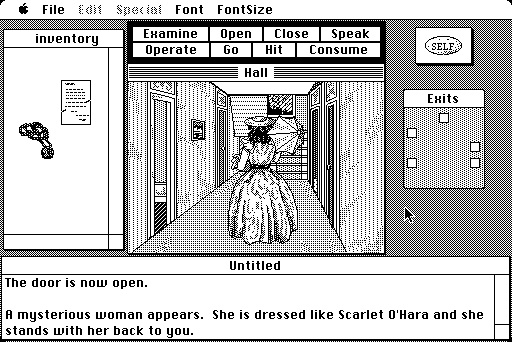 My favorite scary game ever is Uninvited, which was published in 1986 and was available on the Mac.Â  I don’t know why my parents let me play this game, but you start off waking up from a car crash to find that your younger sibling is missing and there’s a strange house up ahead.Â  It’s one of the most classic examples of point-and-click adventures.Â  The worst moment is early on, when a woman in Southern belle attire stands in front of you in the hallway.Â  You know that if she turns around you’ll see something terrible– and you’re proven exactly right.

My favorite horror movie of all time is the original Haunting with Vincent Price and Claire Bloom– you see nothing for the entire movie, but just thinking about the scene with the knocking on the bedroom door terrifies me.Â  It’s a perfect classic of example of how you can show nothing and still be the scariest thing around. 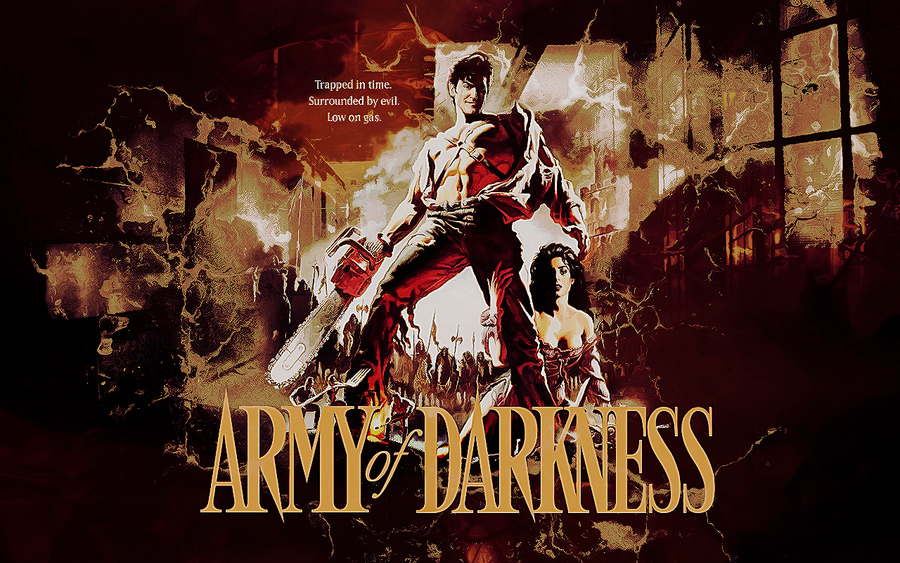 My favorite horror game, and keeping in mind that I like horror games about as much as I like horror movies, is the original BioShock. The claustrophobic and creepy nature of Rapture had me unsettled the entire game, and provided some well-deserved scares along the way. Nothing is more nerve wrecking than walking through Fort Frolic and not knowing which statues are real and which ones are plaster-covered splicers waiting for you look away. While there are probably scarier games out there, BioShock provided me with the right scares-to-story ratio, keeping me both freaked out and entertained the entire game.

Not gonna lie, I’m a huge scaredy-cat. I have never really even made it through an entire horror movie, but if I had to use a very loose definition of a horror movie, my hands down favorite is Army of Darkness. It has all the right horror elements, but without any of the real scares and instead replaces it, with cheesy, awesome, Bruce Campbell hilarity. 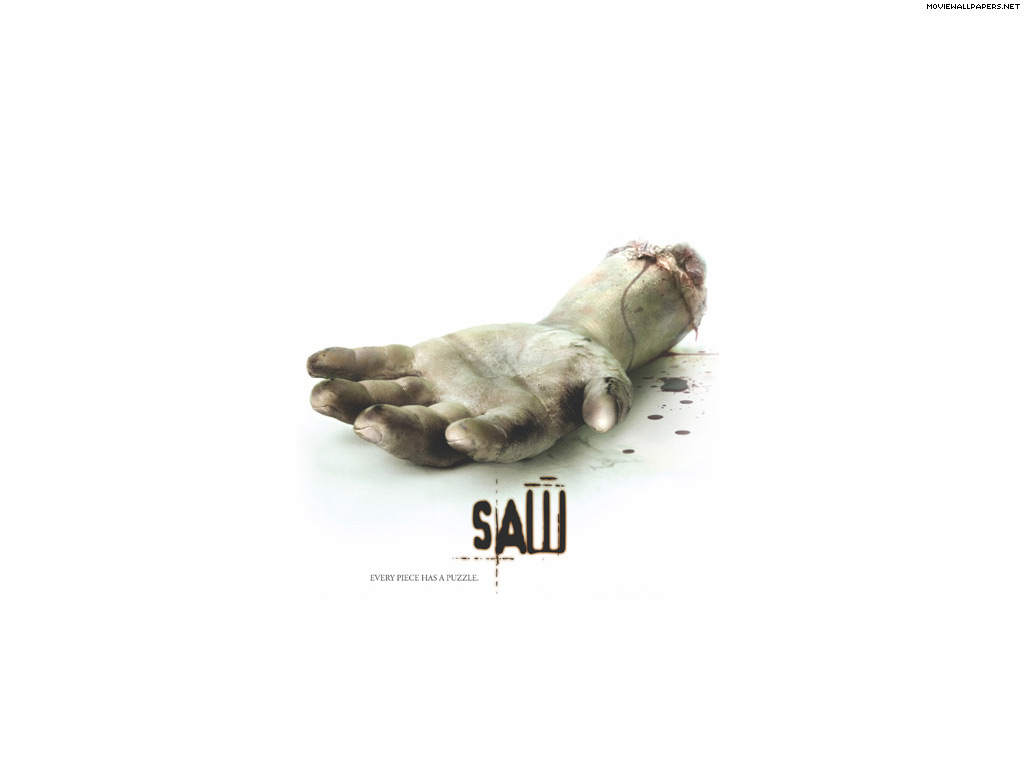 My favorite horror game is the original PSX Silent Hill. The scariest moment that I ever had was when I was playing Silent Hill for the first time – I stayed up till 2am playing with no lights on, and my dad decided to smack me with a pillow right as my radio went off indicating that there was someone nearby. That game was the only game to ever really scare me.

My favorite horror-esque movies are the Saw series, because they draw you in with the stories and teach you the purpose behind the killers, instead of them just being a face with a knife.

Eternal Darkness: Sanity’s Requiem is hands down my favorite horror-survival game. That game brought the fear literally outside of the game. While many games gripped me with fear for my character, Eternal Darkness had me freaking out that my own TV was haunted or that I was about to lose all of my saved data for the game (you know that stress). Sure, after a while you get used to it – but that’s most games.Â It genuinely made me fearful of things outside of the game and got my heart pounding.

My favorite horror movie is a tie between the first Texas Chainsaw Massacre (1974) and Jeepers Creepers. Jeepers Creepers for some reason is just fun to me.Â It makes little to no sense but for some reason it was an entertaining horror movie. Ultimately, though, Texas Chainsaw Massacre had me scared out of my mind. Â Mostly because it was based off of true events and it did not have the stereotypical ending of today’s horror films. 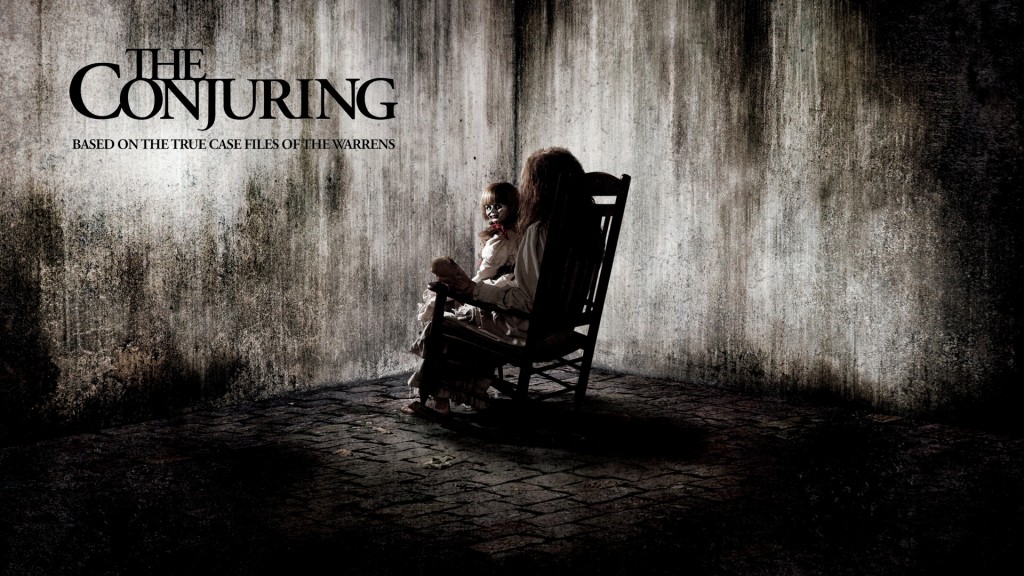 While my favorite horror game is actually Silent Hill 2, I decided to go with my close second Fatal Frame 2.Â  For some reason, I find the supernatural to be both equally terrifying and interesting, plus I love photography.Â Unfortunately for the players, you can’t just rapid-fire shots because the film takes time to load and critical damage is only achieve with extreme close-ups.Â Not knowing whether or not the ghosts are planning to harm the protagonist or just creep you out makes the game unpredictable as well.Â Oh yeah, and the ghost twins and the girl under the floor will haunt your dreams forever.

I believe horror gamers are much luckier than horror movie fans because Hollywood has been churning out the same gore-covered garbage for years now.Â The reason I recommend The Conjuring is because it is one of the first legitimately scary movies to grace the silver screen in ages.Â What’s even more impressive is that the movie is relatively bloodless and focuses on pacing, unpredictability, and strong cinematography to scare the audience.Â For anyone who is just planning to do a horror movie marathon this holiday, you should definitely go rent this one.

Former Contributor Chris West is a graduate of Texas Tech University where he earned his BS in Electronic Media in Communications. Chris has been passionate about games since he was a kid and today prefers games with a strong narrative. He also has a soft spot for horror games, legitimately scary games mind you, and any game claiming to be challenging, Dark Souls for example. When he isn't playing games, he is pursuing his other passions: music and photography. Chris can play both guitar and bass and then take high quality pictures of the performance with his camera. In the end, Chris enjoys writing about his passions and ideas, when he isn't destroying his friends in Call of Duty.
You might also like
alan wakeArticlesFeatures