The Most Awkward Moments of VGX 2013 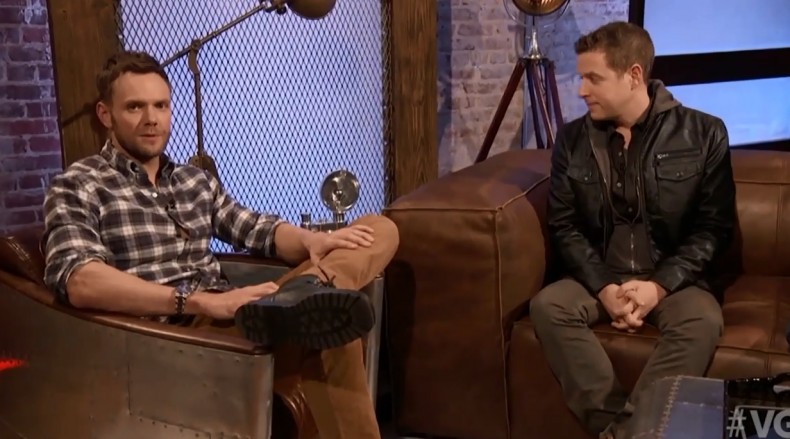 The VGX 2013 “Award Show” has been one of the most awkward and disappointing gaming show awards since…forever. I thought the Spike Video Game awards were bad, but VGX just took it to another level of entertainment excrement entirely.

What went wrong? Was it the host, Joel McHale? Yes. The over 3 hour long distended experience? Yes. The lack of the show not being broadcast over SpikeTV or even G4? Yes. The constant awkward moments thrown on the developers and publishers serious about their craft? Yes. The complete disconnect the executives who run the VGX display about the gaming community and culture in general? Yes. Yes. Yes, countless times over.

VGX 2013 was bad, and I mean really bad. It was a spit in the face of gamers and developers everywhere, and once again, proved to all of us who enjoy playing games and respect the culture (we number in the billions), that these people who run the show (co-host Geoff Keighley excluded, since his discontent with how the show was running was absolutely palpable)Â have absolutely no idea of what gamers want to see, or what developers and publishers want out of the event.

Considering this, PixelPerfect summed up the most awkward moments of VGX 2013. And yes, like me, you’ll have trouble watching the whole thing without your blood starting to boil.

* The views expressed in this article are those of the author and do not reflect SpawnFirst as a whole.
(Video source: PixelPerfect YT Channel)
4 people like this
Articles, Opinions
Joel McHaleMockeryvgx

Founder/Consultant Growing up in different countries, Karam has a unique global perspective about gaming. He brings with him that set of eyes and ears that can look at the state of gaming from afar. His gaming loves cover just about every genre, and he is a constant presence on Xbox Live and PSN. Karam is a Systems Administrator by day and lives in Georgia with his wife and three children. By night he transforms into Aye Karamba (Live) or Aaqiloon (PSN), and his virtual aliases live online.
You might also like
vgxArticlesOpinion