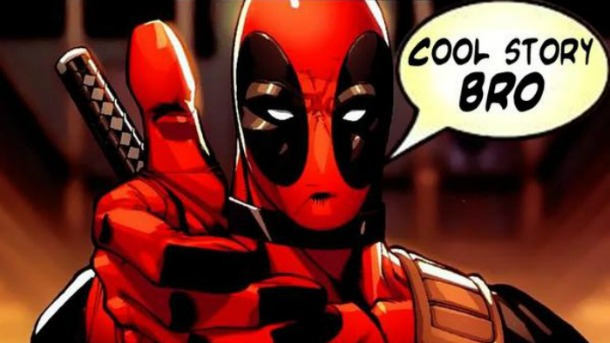 Hello one and all, BrowQuirk here again here to talk to you about things that interest me and my opinions about them in the gaming world! Today, I would like to speak on the subject of the fourth wall and how game developers often break this wall in order to speak directly to the player, how they go around it, and how the fourth wall should be used more than it already is! What is the Fourth Wall?

Think of any visual media that you know of. This can be plays, movies, video games, even those strange vines that you can watch for 5 seconds at a time. Now think of them showing you a room. Maybe it has a character in it..doesn’t matter. Forget the contents of the room, just look at the room. Depending on the shot, you should be able to see 3 of the walls in that room(unless they shot it from a corner). The fourth wall is the wall that you are theoretically standing behind. The wall just in front of you. The TV screen. You peer through this wall to view the world of a fictional (or actual) character.

How do you break the theoretical wall?

Breaking the fourth wall is a term used for when the characters or the game itself speaks to, or interacts directly with, the player. The most obvious use of this concept is in the Deadpool comics, and even moreso in the Deadpool videogame. Deadpool speaks directly to real people in the world, including ourselves and the game developers. He’s “breaking” the fourth wall, because he no longer lives in a world separate from us, and instead seeps into our world. He is knowledgeable of it and we’re no longer peering unseen into his world; he knows we are there, or at least gives the illusion thereof.

Usually, this concept isn’t used by game characters. Most of the time, this technique is used to tell the player instructions i..e. the tutorial that you get at the beginning of the game that tells you how to play (Up on the D pad = walk forward, etc.) break the fourth wall deliberately to speak directly to the player. The game itself is talking to the player, teaching us how to play it. This technique, if not used properly, ruins our immersion and makes it so that we no longer see ourselves in the game, but outside of it, playing the game instead. However, in games that use the fourth wall as a joke, like in the DeadpoolÂ  videogame, this just makes the game more fun to play because the “Merc with the Mouth” simply talks to us, and oft times, even insults us, and we just keep going along with it and play while smiling like a goofball.

Ferris Bueller’s Day Off: Another great example of breaking the 4th Wall in movies.

When do we know that they’re breaking it?

It’s usually fairly easy to recognize when a player is breaking down your wall and talking to you, and it’s used more often that you think. Sometimes, it’s very deliberate, like in Ferris Bueller’s Day off. Ferris often stops what he’s doing to turn and talk to us or give us a snarky answer to something that is going on in his world. This increases the humor that the movie already has, because he’s including you in on the fun that he’s having. Shows have been using this technique since the beginning of television, and plays have been doing it even before William Shakespeare was born! Plays are made to entertain the crowd. Most times, the audience has already heard or read the story being told, and the actors absorb a responsibility of coming up with plot twists on the spot, even bringing in people from the crowd so they can participate and have fun. Breaking the fourth wall is a very good tool that can be used either to better the ease of playing games, or to bring unexpected humor to the experience. The fourth wall can be used to lead your players in a certain direction, or very blatantly tell them that they’re going in the wrong direction. Often times, we recognize these moments immediately, but sometimes we let them slip past, and I think that that’s a shame. When developers allow their world to come into ours, I think we should relish it and be thankful that devs are trying their best to meld our two worlds. Of course, dwelling onthe concept while you’re trying to play an immersive game often destroys your immersion, but a little bit of recognition and humor every once in a while will definitely help the industry, which is often centered around extremely serious video games with tons of violence (not counting GTA, in which case humor and violence are one in the same.)

Contributor Braedon "BrowQuirk" Reese is a Game Development Major at Herzing University in Madison, Wisconsin who enjoys playing games as much as he enjoys creating them. Having been playing games since near birth, it was seemingly destined for him to be enveloped in the video game industry for his entire life. He is excellent at just about any video game, but can hardly ever afford any of the new titles that come out due to the bills. Despite this, he spends most of his time looking up new developments in the game industry and working towards perfecting his own skill in creating them. Xbox Live: D34THLY P3NGU1N
You might also like
DeadpoolArticlesOpinion