Bring Back the Platformers 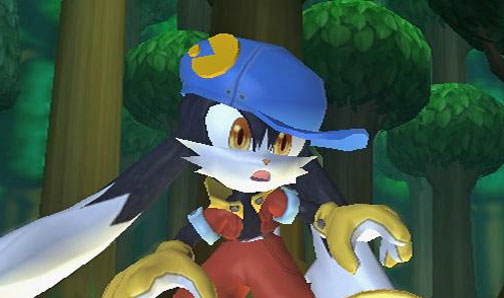 It seems as if a lot of games today are about a gun-toting, scruffy-faced guy running around shooting enemies (aliens, other soldiers, or whatever the case) in the face in some sort of dreary-post apocalyptic warzone. Sometimes I wonder that what has happened to colorful games that were all about jumping from point A to point B? Iâ€™m speaking about the platformer genre. While sure, it still exists today, shooter games are overpowering the market.

Now let me start this off by saying that I don’t have a problem with first or third person shooters, or even shootemâ€™-up games. But I do miss seeing the colorful and vibrant likes of games such as Crash Bandicoot, Banjo Kazooie, or maybe even Klonoa. Thereâ€™s something great about a platforming game, and I will admit as I get older, most platforming games seem more and more suited for a younger audience, but, I still donâ€™t have any issues with fully immersing myself in the worlds and snatching up as many collectables as I can. Ahhh berries, how I miss you so.

â€œAlex, there are platformers all over the place! Indie titles like Super Meat Boy, Limbo or Fez?!â€

But to that I say, “I know those games are out there!” What I want is a fully fledged platformer; something new and not just available online or through an online marketplace of some sort. I want to walk into my local video game store and see a bright, shiny new platformer on the shelf.

Though, before I get ahead of myself: what could be responsible for the dissipating platformer genre? Itâ€™s hard to say, but I have a few ideas. Maybe it has to do something with technology. As it becomes more and more advanced, companies would rather show how “real” their games could be, shoving the bright and vibrant color palettes aside. For example, when the Playstation 1 was released, no company before them had made realistic looking visuals in a 3d game before. So obviously resorting to making their own cartoony platformer type games would be easier than making a realistic looking game. Think designing Crash Bandicoot versus designing Metal Gear Solid for your first 3D title.

Maybe the disappearance of platformers is due to the market itself, ever since Call of Duty 4â€™s critical success due to its multiplayer, loads of companies have tried to emulate COD4â€™s multiplayer and interface. Which could lead us to the economy being a leading factor as to why less and less platformers have been showing their heads lately. With the economy in the state that itâ€™s in (Hint: Not very good.) companies could be more afraid to try something new instead of doing what they know will get sales.

So who knows? I sure as hell donâ€™t. All Iâ€™m saying is I could use more jumping and collecting in my life. So please, game developers and publishers, give me a new world to double jump in. Please.

Former Staff Writer Alex has been gaming since his mind could comprehend what gaming is, starting with the brutal likes of the Iron Fist Tournament to grinding levels in RPGâ€™s. In his free time he loves to play bass and go on adventures with his dog, Chief. Alex aspires to be a gaming journalist and bring as much as he can to the SpawnFirst table.
You might also like
crash bandicootArticlesOpinion