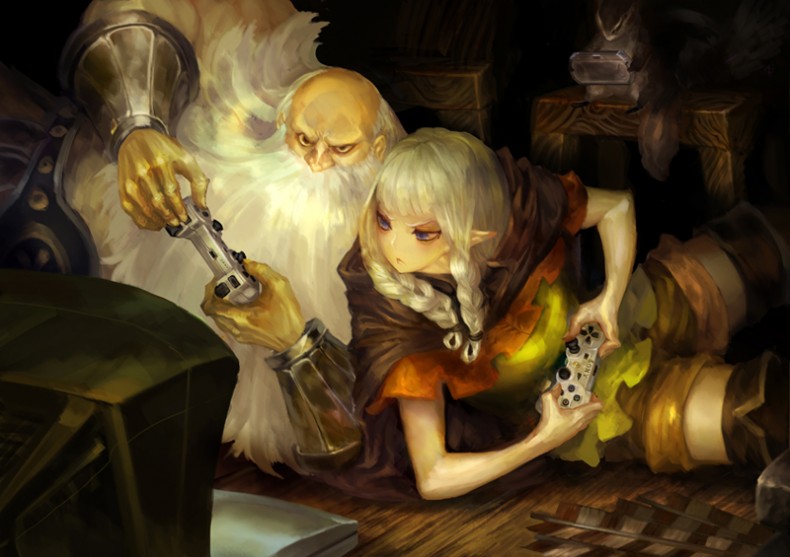 Iâ€™ve always been a firm believer that nothing in the gaming world will ever triumph the unrivaled satisfaction of playing a game with your mates. Irrespective of attempting to conquer a game arm in arm, united against a common enemy or desperately trying to shoot each other in the face; playing a game in the same room, on the same console with your best mates, will always remain â€˜the dogsâ€™ in my opinion. Whether its cracking skulls in Double Dragon or grasping at loot in Borderlands, thereâ€™s just something so natural about the whole experience and it certainly spanks the socks of playing â€˜randomsâ€™ online.

Some of you may not agree, however bare with me while I attempt to sway you and prove that offline multiplayer is clearly superior. To make this ordeal easier on us all Iâ€™ve oh so kindly split my comparison into four easy to chew categories for you to digest.

Indeed one of the most important aspects of multiplayer gaming is â€˜Smack Talkâ€™. Seriously, whatâ€™s the point of turning someone into kibble with your shotgun if you canâ€™t mock them afterwards?

To be honest one of the best things about playing online is the smack talk. The ability to say anything to anyone, no matter how depraved, has to be a â€˜Brucey Bonusâ€™. The issue of making an attempt at this with your mates is that it vastly increases your chance of receiving a dead arm! (Bad times). However the freedom to say anything can cause the lines of morality to be become a little blurry. Hereâ€™s a tip, if youâ€™ve just made a 10year old kid cry because you told them theyâ€™re adopted, youâ€™re on the bad man list! More importantly, you could get carried away and get banned all together! 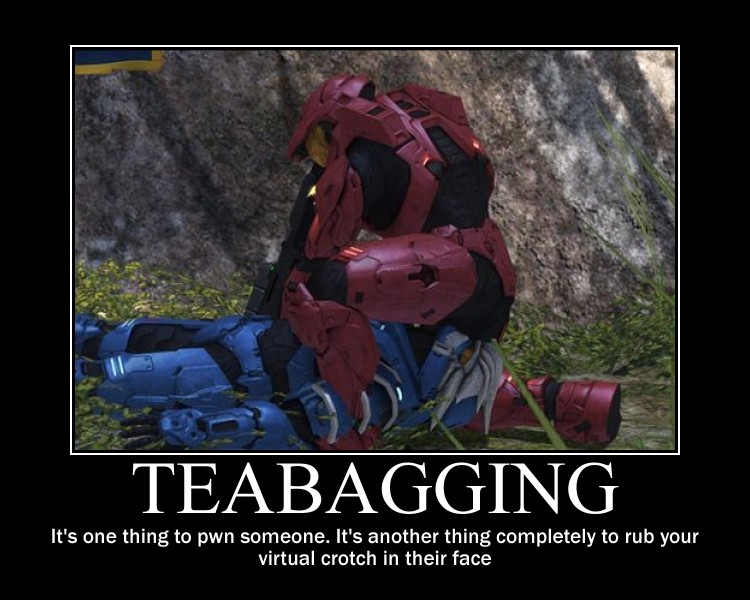 Why? Because it makes me feel better, that’s why.

This is where having friends with broad shoulders comes into its own. The test of a good friendship is being able to say the most shameless filth to each other without either of you flinching. Accordingly thereâ€™s no such thing as winning gracefully when gaming with mates is concerned. So next time you crush your pals at FIFA and proceed to inform them of exactly what youâ€™d do to there mother/sister/family pet, remember how fortunate you are.

We all like to pretend that were innocent, good sporting, rule abiding gamers. But the fact of the matter is that the majority of us would mug our own nan for 10 achievement points. If you can honestly sustain that youâ€™re not guilty of any of the following hijinks then what is your major malfunction? Start having some fun!

Cheating online has to be one of the most down right dirtiest exploits going in the gaming world. To cheat with your own friends in an outward, jesting manner is one thing. However people that actively go into public games just to cheat to improve their xp, need to be sterilized or at least beaten a little. Nothing is more frustrating than trying to play a game only to die because some oik has glitched and is shooting you from somewhere above the entire map.

Microsoft recently made a kind gesture by giving gamers one of the finest free avatar games, Doritos Crash Course. How did people thank them? By glitching the bollocks off it. Near enough the top 500 scores are all people with times of 0:0:001. Call me miserable but I think it just takes the fun out of it and it becomes a little sad.

Alternatively, cheating offline can be one of the funniest activities possible. There are several dirty tricks that can be genius if deployed with the correct timing. I donâ€™t know anyone that hasnâ€™t attempted to mash the buttons on someone else’s pad while playing worms, or knocking it out of their hands altogether during a penalty shootout. Then thereâ€™s the always popular, obscuring someoneâ€™s view at a crucial moment, best used during Mario Kart. It has even been known for some unscrupulous characters to release a particularly disgusting guff right next to other players as an eye watering distraction, or putting their sticks on invert while theyâ€™re out the room. The point is that if your cheating is outright, blatant, and tongue-in-cheek, it can be good fun. Just be obvious about your underhandedness and youâ€™re pretty much guaranteed to have a quality time.

No one likes to lose, â€˜its just one of those thingsâ€™. We all like to think that were indestructible warrior gods when it comes to our gaming ability. However the fact is that the majority of us are simply average, not terrible, but not amazing. Sadly the only way to be truly otherworldly at any game is to become some form of socially deprived Gollum-like creature with mutant thumbs. Thankfully we can all be wonderfully creative when it comes to making excuses.

This is actually a category that playing online excels in. The main reason for this is that no one else can see your gaming experience. When youâ€™re sitting next to each other you can clearly see what is happening to each player, limiting amount of excuses that can be made. Alternatively, while playing online, you can make any number of excuses regardless of truth or evidence because no one can see your screen. The â€˜go-toâ€™ excuse online is the ever present issues of lag. I canâ€™t count the number of times on COD when Iâ€™ve had my scopes aligned with someoneâ€™s face, with the sound plan of sending them to their maker, just to watch the bullet pass through their head with no effect. Naturally, you have to inform everyone in the match of â€˜how you would have won if it wasnâ€™t for the lagâ€™.

Making excuses offline is a little trickier and leaves you open to relentless piss taking. Simply claiming â€˜I let you winâ€™ is a serious cop out and will leave you looking like a bit of a tit. The granddaddy of multiplayer excuses is something that has plagued gamers for years, â€˜The Crap Padâ€™. We all know it, the third party controller thatâ€™s so encrusted with finger poo it looks like the smelly kid at school. Several of the buttons donâ€™t work properly, the analogue stick is stuck in one direction and just holding it makes you feel like scrubbing yourself with steel wool just to wash away the dirty feeling. We donâ€™t know why we own these pads, no one does. Itâ€™s just something that we gamers do so we can have the easiest of excuses, â€œMy pad is broken!â€ or â€œYouâ€™ve got the good padâ€.

Possibly on one on the most imperative aspects of gaming is satisfaction. There seems little function for a game that fails to satisfy. Everyone gets their kicks from diverse allures. Whether itâ€™s scoring goals on FIFA, perfect head shots in COD, raiding for equipment in WOW, beating your best time on Forza, or landing a monster combo in Street Fighter; itâ€™s only relevant if you get that certain feeling from it. For me it was the first time I chainsawed someone on Gears of War. There was just something so beautifully brutal about it. Watching the blood ooze, giblets hit the screen and the scream of my unsuspecting foe. Perfection! 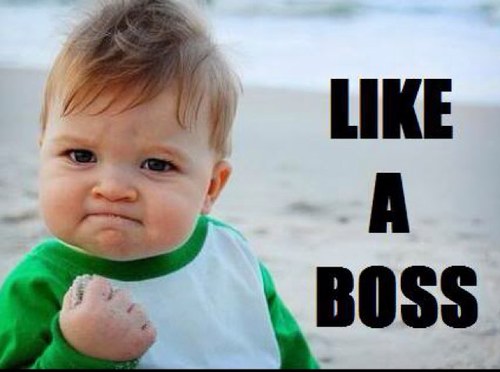 Playing randoms is an experience that has always left me a little cold. For me, pulling off a masterful headshot or a flawless victory against a stranger has always seemed a little fruitless to me. So youâ€™ve shot HeAd_Hunt3r_12 in the face, who is this person? What do you know about them? Why is proving youâ€™re better than them relevant or interesting to you? Do you think they care that they lost? That could have been an 8 year old girl with no thumbs for all you know! Still feel like a big person? Personally Iâ€™ve never found the fascination with this, never felt the desire to prove my dominance over people I neither know, nor care about.

For my part I can think of no greater gaming satisfaction than beating your own friends.Â  Looking at the hurt, dejected look of defeat on their despondent little faces is like gaming crack. Theyâ€™re not some random person, they know you and the last thing they want is to lose; especially to you. Plus, theyâ€™ve just spent the last 10 minutes smack talking you, telling you that â€˜itâ€™s on like Donkey Kongâ€™ and that their nan has a better chance of winning because youâ€™re a little nancy boy. The sense of overwhelming joy you feel when you make them eat those â€˜jive talkingâ€™ words is what makes multiplayer gaming great.

By no means am I trying to imply that online gaming isnâ€™t good. It is a very important aspect of the modern gaming world and essential of what is to come. Some of the best gaming experiences Iâ€™ve ever had have been online. Although, all of which were done playing private matches with my friends. What Iâ€™m saying is if youâ€™re going to play online why not do it with a group of people you all know to make the most out of it.

Nevertheless, if you do want to experience the best that multiplayer gaming has to offer, I sincerely hope that Iâ€™ve convinced you that playing side-by-side is surely the best way to do this. Call up some mates, get the beers in, order an over-sized pizza, phone in sick for work and enjoy the experience. I can guarantee you that youâ€™ll remember and cherish that encounter far more than sitting alone in your room, â€˜tea baggingâ€™ randoms online.