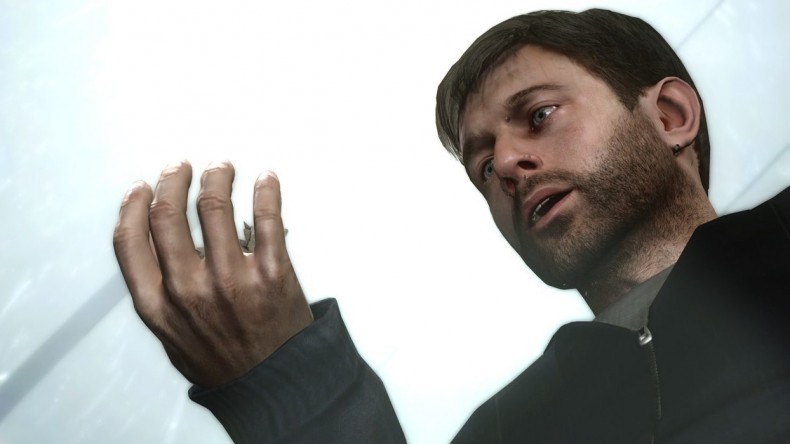 We all know that everyone comes with different morals. Some people are extremely kind-hearted while others are a little more ruthless and cold. But that brings up the question: does one’s moral compass affects their story driven decisions while embarking on a single player campaign? As a warning, this may or may not contain some spoilers to some games you may or may not have completed yet. I’ll place this when a possible spoiler may be coming up (Click the dialogue box to see the contents) :

Spoiler Inside!
The spoiler will be contained within. Deal? So no one can get upset just in case they haven’t reached this point in their game. Let’s get started!

Being gamers, we are often presented with some tough decisions. Do we let a character live or die? Do we take the easy route just to get through it, or take the treacherous and difficult route that contains a huge payout in the end? More often than not, our games come to a crossroads and the decision we make can affect the rest of the story. In some cases, these decisions we make in games go against what we would normally believe to be right; we are given a choice in which our morals come in to play.

Certain games ask us to do things we would never do in real life; and I’m not talking about just shooting someone. Shooters have become commonplace in the mass majority of gamers’ hands so the moral compass doesn’t get in the way while playing those games. The shooter genre of games is a fight for survival; if you second guess shooting someone, you gain a death. Since everyone wants to do their best in games likeÂ Call of Duty,Â Battlefield,Â Uncharted, andÂ Halo to name a few, it is commonplace to just pull the trigger. No one wants to have more deaths than kills when playing those so it is no question that we shoot first and ask questions later. However, I’m referring to something a little more sinister than pumping some lead into the opposing team.

What I’m referring to are games that feature scenes of torture or dismemberment courtesy of the player. There are games that give you the option to these scenes and some that force it upon the player. My first example is Heavy Rain.

Spoiler Inside!
In the game, Ethan Mars’ son, Jason, is kidnapped by the Origami Killer. In an effort to save his son, Ethan is directed to an abandoned and burned apartment building. The third trial, The Lizard, has Ethan making “a sacrifice” to get the next piece of the puzzle to find out where the Origami Killer is holding his son. Ethan is tasked with chopping off a finger, and the player can choose to either go through with it or leave. If the player chooses to go through with it, they can use an axe, butcher knife, pliers, a saw, a hatchet, or scissors to carry out the dastardly deed.

Given the fact that this is an optional portion of the game, with the only risk being the player is missing a few letters to the address of his son’s location (depending on how many letters are missing at the end of the game, you are given options as to which address is could be. There is also a possibility of choosing the wrong address), one’s moral compass can come into great play with this trial. I’ll admit that during my first playthrough, I couldn’t go through with it; I couldn’t bring myself to go through with that as I had grown slightly attached to the character. However, on my second playthrough (which was also my failed quest for the platinum trophy. I had a glitched trophy unfortunately) I went through with it. Much against my moral standings, I pushed the required buttons and cringed the entire way through. It made me extremely uncomfortable to do that to a character I was so fond of, but I wanted that trophy so I had to buck up and go through with it. Of course, once the deed was all said and done, I let out a sigh of relief and was glad I would never have to experience that portion of the game again.

Considering it’s only optional, it doesn’t really take a toll on the player’s moral standpoint. You can choose to not go through with it which simultaneously has the potential to change the ending the player receives. Being given the option to walk away gives the game more of a personal feel to it. It allows the player to feel like they’re in control at all times and can make the experience truly interactive by reacting how they would if this scenario were to happen to them in real life. However, some games aren’t as lenient as Heavy Rain was. Grand Theft Auto V featured a similar scene which was forced upon the player.

Spoiler Inside!
In Grand Theft Auto V, there was a mission called “By The Book” in which the player was to torture a man for information to assassinate a man under suspicion of terrorism. The player had the option of which device to use on the man. Players were presented with a car battery for electrocution torture, a wrench to break the man’s kneecap and hit him in the groin, an oil can I can only assume was to threaten to set him aflame (or possibly actually do it. I didn’t choose that one at all), and a pair of pliers to rip a tooth from the man’s mouth. Players can choose from any one of these devices to extract information from the man, but players are forced to play through this. There is no other option unlike in Heavy Rain.

During this scene, I found my moral compass coming into heavy effect. I wasn’t particularly fond of going through with this portion of the mission but, considering the game didn’t give me a choice, I had to complete it if I wanted to advance in the story. I went through this mission much like I did Ethan’s trial in Heavy Rain except I felt a lot worse because it wasn’t a one shot deal; I had to to this multiple times until we identified the “terrorist” and assassinated him. There was one device I was too worried about the outcome to choose so I opted to just have a second go at one of the previously used ones. That whole sequence made me feel like a barbarian. I am by no means the kind of person to want to hurt anyone. However, my hands were tied. I understand it wasn’t me personally doing the task but the thought that I was the one holding the controller and pushing the buttons to carry out this dastardly deed was enough to make me uncomfortable. I didn’t stop playing, but I can’t say I particularly enjoyed the experience.

Being the kind-hearted person I am, I don’t find an aspect such as that to be enjoyable where I hadn’t thought anything like that would come up during my play time. When I play video games, I react how I feel is appropriate; if someone curses my character out for hitting their car, then I’ll get out of my car, kick their car, and ignite a brawl in the middle of the street. Granted, I wouldn’t do that in real life, but off the wall reactions are fair in the land of gaming.

“But, Angie! If you wouldn’t do that in real life, how is that any different than carrying out the tasks in these games!?” Well, there is a major difference to me. There’s a difference between having a motive and having none; a difference between being given the choice to carry out my actions. I choose to take my character out of the car and fight because that other person upset me. It doesn’t make me uncomfortable because it’s a reaction I thought up; it’s not a reaction being forced on me through the game’s story. 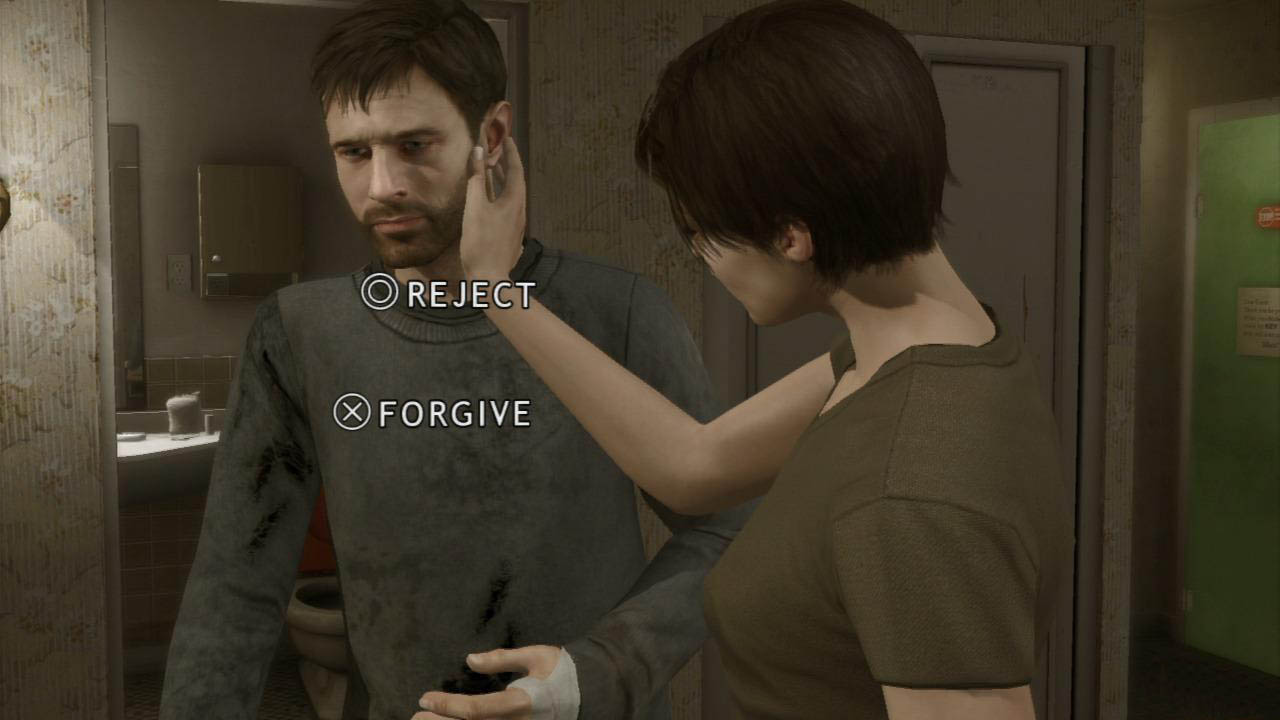 The conclusion to my long, drawn out opinion on this topic is this: When presented with a task in a game, my moral compass comes into play. I cannot sit there with a straight face and carry out the aforementioned tasks without at least cringing or feeling some sort of emotional discomfort considering I am given little to no options. I personally enjoy being given the option to have a scenario play out as I wish. I understand the forcible option is because it ties in to the story later on, but I can’t say I enjoy the feeling of being forced to partake in an action that I find slightly disturbing. However, such if life and gaming; decisions in gaming, much like life, aren’t always going to be appealing. Sometimes we just have to bite the bullet and do things we don’t particularly want to.

Considering this opinion is somewhat one sided, I would like to know how you guys feel. Does your moral compass affect your approach to the previously mentioned tasks? If not, let us know why not! If you feel the same way I do, tell us your story of a game that your moral compass made you turn away if you were given the option or make you wish you could if there was no choice. If it’s the same as my two examples, feel free to tell your story anyway!

Former Editor-in-Chief Angie has a passion for gaming. She has never been able to put the controller down since first picking up an SNES controller at the age of 3. She loves researching anything gaming related and talking games amongst her friends.
You might also like
Grand Theft Auto VArticlesOpinionAngie Santiago