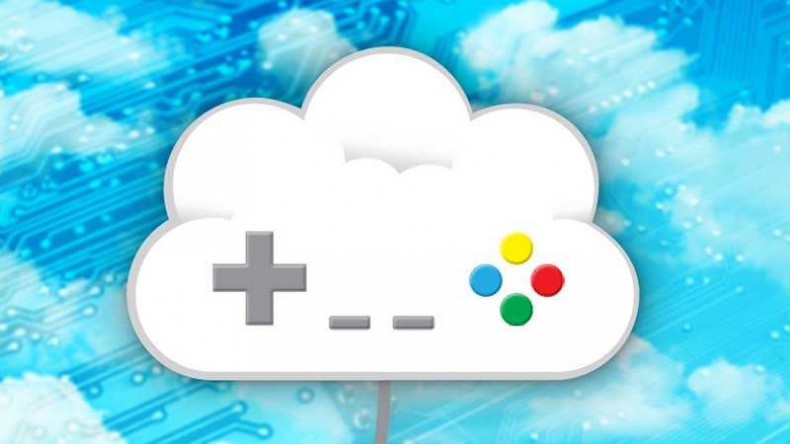 With the recent release of the PlayStation Now beta and the news about OnLive’s availability on the Mad Catz MOJO console, it’s safe to say we will be gaming on the cloud in the near future. From a consumer standpoint, these recent developments are promising. The ability to play PC and console quality games on mobile and handheld devices can revolutionize the way games are played, and save gamers from having to buy expensive hardware. That being said, if the world is ready for such services, it could potentially put pressure on retailers and hardware manufacturers.

At its most basic, cloud gaming is the streaming of full titles. Video streaming is when games are stored on a company’s server and then streamed through a thin client to a device of the consumer’s choice. The servers handle the performance intensive work, allowing any game to be played on any gaming machine. File streaming, however, is when a game is downloaded to a capable machine and streamed to other devices within its range.

Since games became available for download through Steam, the PlayStation Store, Xbox Marketplace, and Nintendo eShop, retailers have suffered losses. Recently, GameStop suffered its worst slump in five years with its stock falling nearly 10 percent, making it one of the top percentage losers on the New York Stock Exchange (NYSE).

GameStop could turn into the next Blockbuster if they don’t adapt to the changing market.

In their annual report, the Entertainment Software Association (ESA) reported that 40 percent of games were purchased through digital marketplaces as opposed to 60 percent that were bought as physical copies. The implementation of cloud gaming will only raise the percentage of consumers who buy and download online, further hurting companies like GameStop who make a killing off the reselling of titles. It will also affect the digital download market, allowing users to instantly stream titles instead of waiting.

GameStop has adapted to such obstacles, offering a minimalistic service that allows customers to buy and download some games from their site. They also created SpawnLabs in an attempt to provide their own cloud gaming service. Recently, they abandoned the project because they felt the demand was too low and the community wasn’t ready to adopt it. Instead they plan to focus more energy on vendor partners, selling services like PlayStation Now through their stores.

Although GameStop made a safe decision in terminating their cloud project, it could potentially be a poor one. If cloud gaming is executed correctly and takes off, there will be no need to physically purchase games. Users could instantly stream titles to their devices, avoiding a trip to the store, and enjoy an optimal gaming experience.

Console hardware sales could also plummet due to the fact that next-gen quality titles will be playable on old-gen devices. Also, selling services for vendor partners will be pointless seeing that people will just conveniently pay for the service, via they system they’re using, from the comfort of their own homes.

Closing down SpawnLabs could potentially come back to haunt the multi-billion dollar corporation. It’s understandable why they think gamers aren’t ready to adopt cloud gaming, especially seeing how it has yet to take off after the hype that was built around it in 2010, but we are now better informed and more eager to see what it has to offer.

However, the pricing must be equivalent or less than retail. I still buy physical copies of games because I like having the box art and other goodies that come within the package. If I’m paying $60, I want the most I can get. Also, I can use trade-ins to knock down the price of brand new titles, giving retail an edge.

Since cloud gaming relies on servers to do most of the performance intensive work, users will be able to play massive, high-quality games on dated or less powerful gaming devices. This could potentially hurt the PC hardware market because expensive, high-powered machines wouldn’t be necessary to run new titles.

Already, major hardware manufacturers NVIDIA and AMD have given in to the cloud gaming hype, publicly stating they are behind the service 100 percent. NVIDIA has made moves with GRID, allowing users to stream games from the web. AMD has also taken steps towards the cloud, cooperating with provider CiiNow.

However, other companies haven’t had the same foresight, neglecting the cloud and sticking to pumping out expensive, yet powerful, PC hardware. This works now seeing that PC is the elite platform, but if cloud gaming is a hit, they will be way behind NVIDIA and AMD and have to adapt to the cloud market at a later stage. 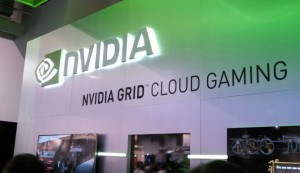 NVIDIA is confident that cloud gaming will be a success.

Theoretically, cloud gaming could drastically change the video game hardware market, giving less incentive to pour big money into building or upgrading an elite PC. This would result in big losses for hardware manufacturers because the demand for an extremely powerful device would diminish. If given the opportunity, anyone would chose to buy a $400 device over a $1,200 if both offer similar performance.

What could potentially save hardware sales is the potential cost of cloud gaming. It is possible that service providers will charge a hefty subscription fee to users and more possible that ISPs will jack up rates due to the massive amount of bandwidth streaming HD games requires. In this case, it’ll be cheaper to buy a powerful PC in the long run.

Also, lesser machines may be able to run high quality games due to the cloud, but not at the same level as a powerful computer. There will still be a visual lack of performance compared to an elite gaming PC because, like video on demand services, playing games on demand will require video compression, making them look less sharp or detailed as they would on a top-of-the-line rig.

As intriguing as the proposition of cloud gaming seems, and as close as it may be, it probably won’t be optimized until a few years down the road. Even if it is, many people don’t have access to high speed internet and still won’t for quite some time. Until we have the bandwidth to support such a service, its impact on the video game industry will be minimal.

From my experience with PlayStation Now, I can say that there is massive potential for cloud gaming. I’ve had the beta for a little over a week, and despite the slightly choppy frame rate, I’ve had no issues. If the U.S. can manage to provide more people with an internet service capable of streaming HD video games, more people will begin to share the same viewpoint.

If somehow these services don’t cost an arm and a leg, more and more people will avoid buying games at stores and downgrade to dumb devices with smart networks. Net Neutrality could have a big impact on the success of cloud gaming if certain legislative amendments are passed, allowing ISPs to overcharge clients for excessive bandwidth usage.

At this point, it’s entirely speculative whether or not cloud gaming will actually affect the retail or hardware markets. There are too many grey areas within the services capabilities to tell whether it will be a viable replacement for an elite PC or cheaper, more convenient alternative to shopping retail. Although this service is right around the corner, it’ll be years before it is optimized enough to have a major impact on the industry.

Adam is a graduate of Indiana University’s School of Journalism and a native of the Northwest Suburbs of Chicago. He is currently a media strategist at Emerging Insider Communications, but his dream is to become a full-time games journalist. When not consulting tech startups or writing about the video game industry, he likes to spend his time actually playing games on his PC, PS4 and Wii U.
You might also like
GamestopArticlesFeaturesAdam Dawson