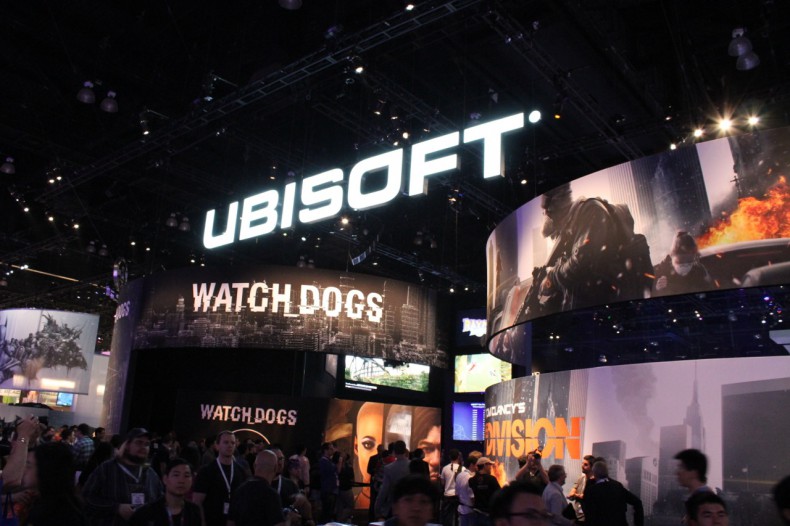 The time of year that excites the core gamer almost as much (maybe even more) than the Holiday season. It’s where all the biggest and brightest publishers convene in Los Angeles (usually) to peddle their wares and show off the future of video games. It’s an unadulterated onslaught of news, videos, and previews of our favorite hobby.

Before the internet took over the printed mag, I would anxiously await the E3 issues from my favorite magazines; scouring over every single word and image, planning my budget and both welcoming and lamenting the fact that I wouldn’t possibly have time to play all of the exciting looking games. It guaranteed excitement and nearly every developer or publisher would show up, chest out as if to say, “Look at my awesome thing that I bring to you, my people.”

But, the times they are a changin’….

If someone told me four weeks ago Microsoft would pull back the veil on their next Halo a month or so before E3 I would have called them “insane.”

And I would have been wrong.

If anyone would have told me that after Sony’s verbal annihilation of every Xbox One policy within three minutes Microsoft would have announced a Kinect-less Xbox a month or so before E3, I would have called them a liar.

And I would have been wrong. 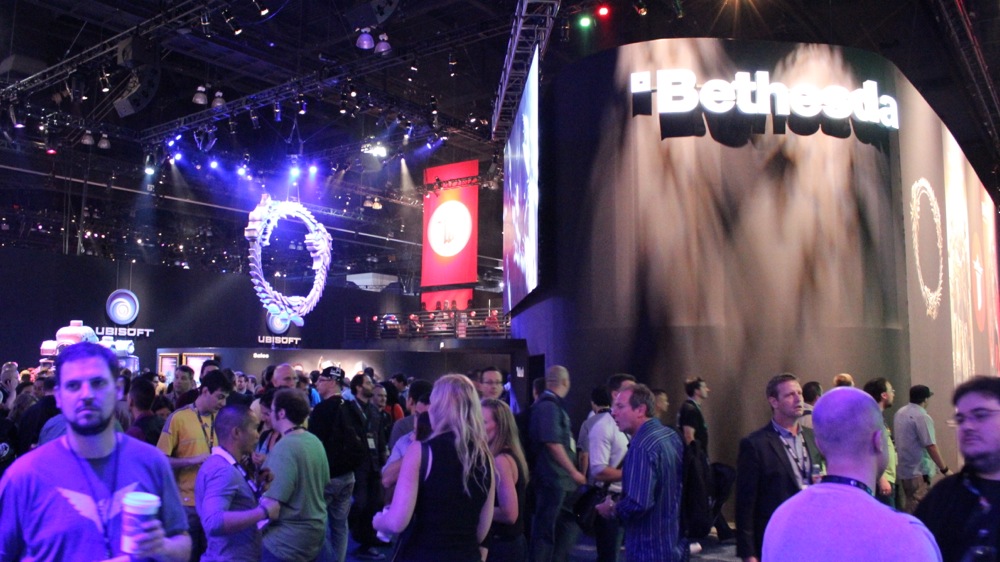 Even though I’ve only actually attended E3 once, I would miss the absurdly huge publisher booths if E3 went away.

Such huge announcements seem like a no-brainer for gamers’ most anticipated week of the year, E3. And yet, here we are, a mere days before it even begins and Microsoft dropped two huge bombs and announcements already. The optimist in me would say “Well, if that’s what they’re announcing before the show, I can’t wait to see what they have for me on stage!” And by all accounts, this is probably the right way to think. Microsoft has a lot to prove this year and getting these two doozies out of the way raised the level of hype to an almost frightening level.

Why is it frightening? Because it can go 1 of 3 ways; it can either meet expectations and be a great show, it can exceed expectations and blow us all away on a level no one expects, or it could be disappointing. Even if it’s mildly disappointing, that can get far away from Microsoft in terms of messaging and after the past year, that is something they just do not want. A disappointing show can reaffirm 12 months of doubt in Microsoft that started with the reveal of the Xbox One and the policies for the console that dictated how consumers will or won’t consume content, all the way to the negative reaction to them essentially saying “Kinect doesn’t matter, even though we told you for months that it was integral.”

Again, Microsoft doesn’t want that. Right now they are on an upswing with positives beginning with Phil Spencer being appointed the Head of Xbox at the end of March. Even if some consumers are disappointed with Kinect being relegated to a peripheral, it shows that they are listening to consumers that don’t want to pay an extra $100 (US) for a piece of tech that, to them, remains unproven.

So why would Microsoft set themselves up for a potential fall? My theory is that they want to control the message. By getting all of the discussion about a Kinect-less Xbox out of the way a month earlier, E3 can be all about what Phil Spencer has been saying it’s about – games.

Microsoft isn’t the only company that wants to control their messaging. Nintendo opted out of two E3 press conferences in a row in favor of a Nintendo Direct. A direct message to their fans, without the pressure of spectacle and the added expense hasn’t seem to do them any favors, but I can’t really say it’s hurt them either. They have enough problems with the WiiU on it’s own, but instead of standing up with all eyes on them, they can go smaller, speak to the core, and offer compelling reasons to fans directly rather than be filtered through the media with our arm-chair analytics. Yes, I know the media will be present for their E3 Direct, but it’s right before the doors open for the show proper, so it doesn’t leave much time for reactions when there is so much ground to cover. 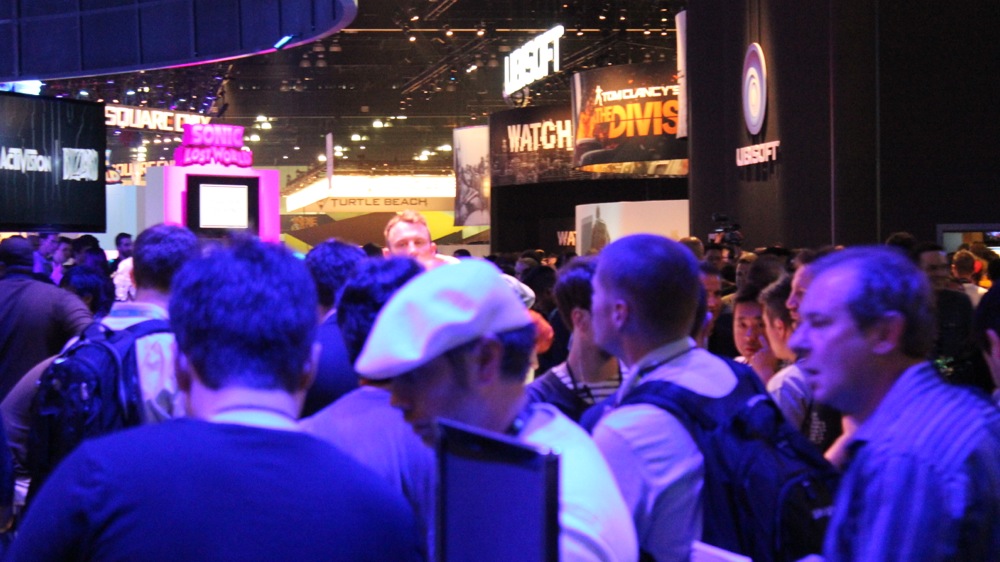 Sure E3 is wall to wall people, but I kind of enjoy knowing and seeing that many people in one place, excited about video games.

In the past 2 weeks, a ton of games were announced from Microsoft and third parties alike: Homefront: The Revolution, Mortal Kombat X, Forza Horizon 2, Far Cry 4, Battlefield: Hardline – all worthy of stage time at any respective press conference, all announced within weeks/days of E3. Sure, some of these have been exposed by “leaks,” but when publishers pull off the covers in their “Ta-da” moments, doing so without the pomp and circumstance seems a bit anti-climactic.

Still, by announcing these games it can generate a level of interest that might be lost amongst possibly bigger announcements. Alternatively, it can simply get lost in the deluge of games that will be paraded on and off the four press conference stages and on the show floor for three days. I really had to try to remember which games were shown during Ubisoft’s press conference last year because all I could really remember was Tom Clancy’s The Division. Nothing Microsoft showed me left as much of an impression as Titanfall. And honestly, nothing at Sony’s showing lingered long after Sony’s full-on assault on the Xbox One DRM policies – it wasn’t until day 3, when I finally saw Infamous: Second Son’s live demo that I was blown away by any of their games. Something the stage show wouldn’t have allowed time for and was oddly never shown to the public.

In fact, I came out of E3 last year looking forward to quite a few games that most people just didn’t seem to notice. Take Brothers: A Tale of Two Sons for example. In my brief hands-on time with the demo, I was awestruck by the visuals, the way information and character were relayed without dialogue and the impressively creative approach to single player co-op. And yet, mostly every site I read, every podcast I listened to, and everyone I talked to barely mentioned the game, if at all.

It’s experiences like playing Brothers, or seeing a demo of Mad Max, or sitting in a theatre to watch a live demo of Titanfall, that make E3 still my most anticipated time of the year. I suppose it’s too early to tell if E3 still matters to publishers. Maybe this year is a testing period for them to gauge how well they can get a game to do without the expenditures of their big stage shows and floor booths. Maybe next year we will see a repeat of Activision in 2008 in which they opted out of E3 and put on their own show (though they were back the following year).

It’s become clear that E3 isn’t the only way to generate hype for a game, and we are seeing more and more publishers and developers taking advantage of that. Whatever happens, E3 will always matter to me.

Sean is a semi-retired hardcore kid, semi-grown up and transplanted from his original home of New York to Los Angeles. A lover and critic of movies, music and video games, Sean is always quick with an opinion, a heaping dose of snark, and a healthy dose of pragmatism. PSN & Live Gamertag: N2NOther
You might also like
Battlefield: HardlineArticlesFeatures