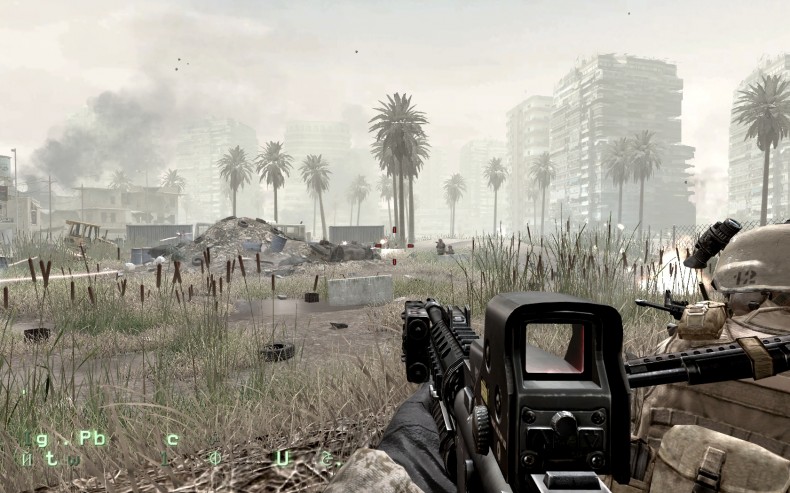 Earlier this month, CBS journalist Katie Couric aired an episode on her personal television show (appropriately named â€œKatieâ€) called â€œAre Video Games Ruining Your Life?â€ The episode spoke about Sandy Hook shooter Adam Lanza, Aurora shooter James Holmes, and finally both Dylan Klebold and Eric Harris, the infamous Columbine shooters. A point Couric brought up was the fact that all of these people were in fact huge fans of video games and avid gamers. Along with the Columbine shooting that took place over ten years ago, almost 14 to be exact, Couric also brought up a case in 2007, in which 16 year old Daniel Petric had his game taken away. He responded by taking a gun from his fathers safe, and shooting his mother to death. He also shot his father with the intent to kill, but did not succeed.

Couricâ€™s â€œAre Video Games Ruining Your Life?â€ also interviewed former Indianapolis Colts player Quinn Pitcock, who almost quit playing football entirely, according to Couric, due to his â€œvideo game addictionâ€. In my opinion, this whole episode was incredibly biased. Couric took almost every negative story that included video games from the past thirteen years, and spoke as if video games were the sole reason that these things happened. In the interview with Pitcock, he states that he felt that he wasnâ€™t good enough to be on the team, and that they did not want him. Pitcock has suffered from depression and ADHD for a good portion of his life, according to the News Tribune. Pitcock even states that heâ€™s a very shy person in the interview with Couric, and says that video games helped him connect with people on his own.

I will admit that video game addiction exists, and can possibly ruin somebodyâ€™s life, but what Couric suggests – well, I just canâ€™t believe that a professional football player would not want to return to making $300,000 dollars a year because he wants to sit at home and play Call of Duty all day. As I stated, video game addiction exists, but I believe that itâ€™s not a serious issue unless paired with other mental ailments such as depression, ADHD, ADD, schizophrenia, and so on.

Before I speak on my next topic, know that I feel strongly for the following tragedies, and am in no way sympathizing with the ones involved in the following crimes. As I mentioned above, Couric talked about recent shooters like Adam Lanza of Sandy Hook, to Dylan Klebold and Eric Harris of Columbine. Video Games were not the only common trait among all of the shooters; another common trait was psychological ailments. Holmes suffered from Dysphoric Mania, which is a mix of depression, agitated anxiety, paranoia, and other illnesses, Dylan and Eric were victims of extreme amounts of bullying, claiming that they were not liked by anyone, and Lanza was also a victim to bullying along with battling depression his entire life.

The reason why itâ€™s important to bring up such aspects is that it shows that video games are not in any way the sole reason for anyone to carry out such horrible acts. Couric puts video games in a horrible light, making them sound as addictive as tobacco or alcohol. When paired with such illnesses, sure; video games can be more addicting, but so can anything else. I know on a first hand level that what I said is true; Iâ€™ve gone through bouts of depression in my life and have reduced myself to logging in 8 to 10 hours a day into games like World of Warcraft. But it never once thought â€œI want to go out and kill somebody, this game has shown me that since I can slay creatures in a virtual world, I can do it in a real world too.â€ The claims that video games caused such tragedies in this country are absolutely ridiculous. Not only are psychological ailments to blame, but many other things could be too.

For instance, what about school systems taking care of the ever so prominent issue that is bullying? I know that Iâ€™m not the first to complain about such, but it still is an issue and from what was reported about Adam Lanza and both of the Columbine shooters, Â they were all targets of bullies. Eric Harris from Columbine directly stated in his journal his frustration and hatred towards his tormentors, saying that they were the reason for those feelings. Adam Lanza also spoke of being heavily tormented at Sandy Hook.

Besides bullying, what’s left to look at is parenting. Iâ€™m not saying itâ€™s their fault that their kids went out and did what they did, but most of the shooters mentioned above gained access to guns from their parents or they were raised in an environment in which guns were present. These are all things that could be questioned when looking at these cases, not just video games. I personally canâ€™t tell you why the media loves to target one of my favorite hobbies, but I can tell you that I play at least two hours a day, and these violent acts are very far from being on my mind. If anything, games have taught me a lot; for instance, one of my favorite games of all time, Tales of Symphonia, has shown me the ugliness of hatred and discrimination, and to accept everyone as an equal. Not all games are about shooting people in the face and nabbing EXP.

Couric later reached out to gamers on her twitter saying:

And this woman has her own TV show… anyways, gamers rose up and pretty much destroyed her with reasons why games can positively benefit the player. My personal favorite would have to be @derrickgott007â€™s response:

@katiecouricBoth of my kids play violent video games. They’re 15, 13, both staight a honor students with no history of violence =PARENTING

Unlike the so called professional, Katie Couric, I tried to present this topic to you in a much less biased manner. Game on boys and girls, donâ€™t let the scare tactics get you down.

Former Staff Writer Alex has been gaming since his mind could comprehend what gaming is, starting with the brutal likes of the Iron Fist Tournament to grinding levels in RPGâ€™s. In his free time he loves to play bass and go on adventures with his dog, Chief. Alex aspires to be a gaming journalist and bring as much as he can to the SpawnFirst table.