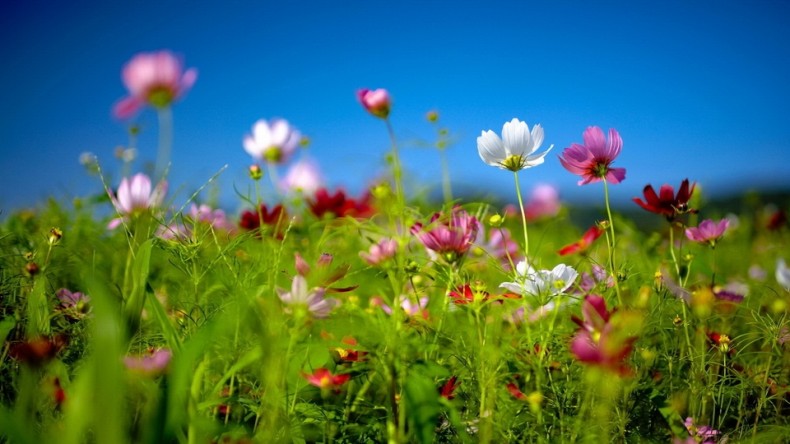 The beginning of 2013 set the year off to a great start, and judging by the holiday season, things are only going to get better. With so many solid games having come out the past few months, youâ€™re probably looking to give your wallet some cushion, just to make sure youâ€™re ready for holiday releases. Unfortunately for your wallet (but great for you) there are great titles coming out this summer (though in significantly smaller numbers), that you donâ€™t want to miss. Hereâ€™s my top five. “The Merc with a Mouth”

Deadpool has stolen the hearts of comic readers, everywhere. You either love to love him or love to hate him, but, to Deadpool, itâ€™s all the same. High Moon Studios is putting you in his shoes. The game features plenty ofÂ  the unnecessary gore, fourth-wall breaking moments, and witty one-liners Marvel fans have come to expect and looks to be filled with plenty of zany fun. Far be it from me to ask why he has a jet engine on his arm.

Suda 51 (No More Heroes, Lollipop Chainsaw, Killer7) is back with a new action hack-and-slash. The player takes on the role of executioner Mando Zappa; itâ€™s his job to kill criminals and assassin assigned to him. However, that life is complicated by decisions Mando will be faced with. The highly stylizes game has been heavily influenced by feedback on Lollipop Chainsaw. Fans of Suda 51 certainly wonâ€™t want to miss this title. Â Â Â Â Â Â Â Â Â Â Â  When the original Animal Crossing came out, I played it religiously.Â  I was the kid who spent hours changing the time and date on her system just to get Jingle visits, and, now, at twenty, Iâ€™m more excited for Animal Crossing than I ever have been. The idea of being able to take my town with me and interact with people everywhere means I never have to be too far from home! Plus, the 3DS XL bundle being released for it is too adorable for words. After blowing gamers away with their Uncharted series, Naughty Dog is bringing us a new action title, The Last of Us. This post-apocalyptic journey features the adventures of Joel and a teenage girl, Ellie, as they venture across the US. The player must utilize stealth and cunning throughout the game, rather than relying on brute force alone. Itâ€™s sure to be a contender for game of the year. Until recently, Remember Me has been relatively under the radar. Originally titled Adrfit, the game has been praised for its breaking of gender stereotypes. Set in the Neo-Paris of a dystopian future, the player takes on the role of Nilin, a memory-hunter whoâ€™s memories have been stolen by her former employers. She must discover who she is, how she lost her memories, and why. This third-person adventure looks to be shaping up into an unforgettable experience.

Founder/Consultant Growing up in different countries, Karam has a unique global perspective about gaming. He brings with him that set of eyes and ears that can look at the state of gaming from afar. His gaming loves cover just about every genre, and he is a constant presence on Xbox Live and PSN. Karam is a Systems Administrator by day and lives in Georgia with his wife and three children. By night he transforms into Aye Karamba (Live) or Aaqiloon (PSN), and his virtual aliases live online.
You might also like
DeadpoolArticlesOpinion