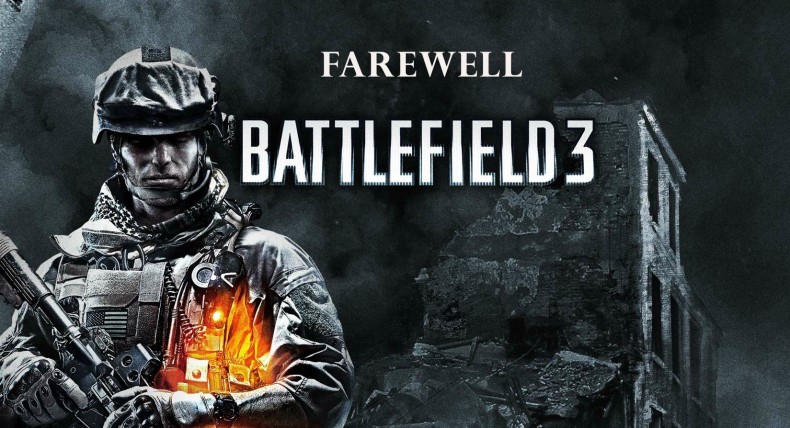 Battlefield 4 has just come out today in the U.K. The excitement is tangible and the rumours, flashes, or whispers if you will, that have been flooding the internet from our cousins across the pond these past few days, that tell of its wonders and magnificence, and even majesty, as some may say, had left us hanging on the edge of our seats. Although this moment is not as happy as one could take at face value, for a long embraced brother-in-arm, a soldier on the battlefield, has fallen. I thought I would use this calm, to embrace one last time this fallen hero, and take stock of what we have gained from him. Iâ€™m here to say:

Battlefield 3 has been a go-to shooter for many, many people since 2011, and it’s turned many of the CoD-believers away from their â€œfalse CoDâ€ and onto the path of the righteous. It has given the masses experiences such as 64-player servers, realistic gunplay and proper, decent sniping. The vehicular combat has amazed and frustrated many, but satisfied even more. But no more…now we move on to a better place, Battlefield 4. The memories we had on Battlefield 3 are just that, memories. But we shall forge anew the love we had for it in this new place of wondrous Levolution, and new game modes.

It is unfair to say, however, that Battlefield 4 has killed Battlefield 3. I mean that people will still continue to delight in BF3‘s gameplay and familiar settings, and be noobed by that dreaded M16. Not to mention the Humble Bundle fiasco! Open the flood gates from n00btown into the heavens and ye shall receive penance!

But seriously, itâ€™s good having new players â€˜n all, but having a team 34 ranks below you and an opposition full of powerhouses makes me question life. Many people hung up their BF3 cape after that, but not I! Not I! I stuck it out ’till now, and I will be rewarded with the new experiences and improvements DICE have so lovingly bestowed upon me.

I hope you all enjoy(ed) Launch Day, and I’ll see you on the new Battlefield.

Former Staff Writer Fraser enjoys long walks on the beach, and doesn't like rude people. He also plays a ludicrous amount of games on both PC and PS3 and is Studying Computer Games Development at college in Scotland, U.K., and of course games journalisming with these fine fellows you see above and below. His wallet fell seriously ill in 2009 of a Steam Sale and has never recovered since, leading to many, many games. He has high hopes that he can suitably inform and entertain many of you fine people, and play a part to make SpawnFirst-a great website, even better. As ever, feel free to add his steam account.
You might also like
battlefieldArticlesOpinion