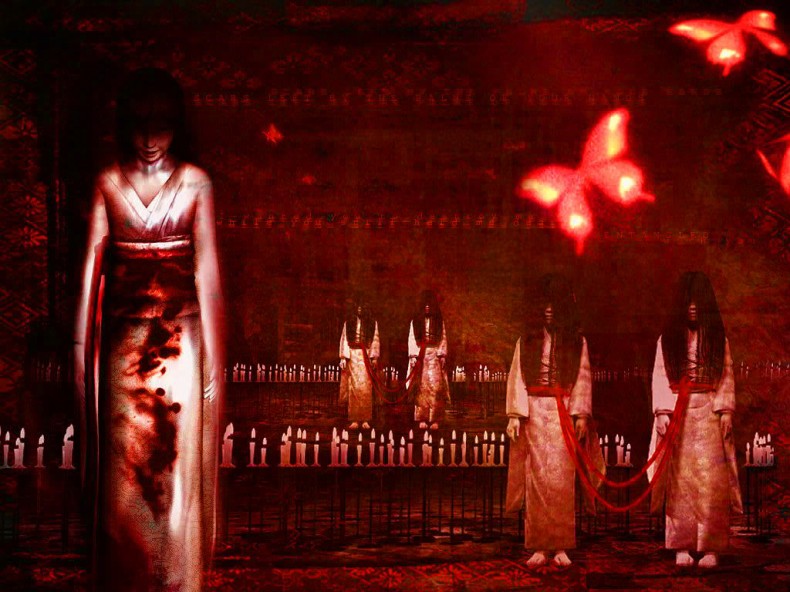 Fatal Frame. The series revered as one of the pinnacles of the genre among horror game aficionados, has always been touted as a game (at least the first one) based on a true story. Â With all of its Japanese Oniâ€™s, ghosts, remote villages, cemeteries, and best of all, completely terrifying jump scares and atmosphere, I can see why most fans would want these places, like the ones in the series, to exist.

It makes the harrowing journey through the game even more palpable, knowing that somewhere out there, things happened in olden times that inspired events and situations in the Fatal Frame games, even if the existence of a â€œspirit cameraâ€ might be stretching historical fact to its fictitious boundaries.
But right there on the cover of the first Fatal Frame game, the byline is â€œBased on a True Storyâ€. Checking back into the always-dependable interwebz, not a lot of details have been floating around, except for one constant: â€œHimuru Mansionâ€, a remote mansion located beyond the city limits of Tokyo. Yet no one seems to know where exactly the infamous mansion is, or if itâ€™s an actual location (much less a haunted one). Some sources have said that itâ€™s an urban legend spun up by the creators of the game thatâ€™s become urban fact, and others say itâ€™s a pre-existing legend that the clever devs at Tecmo just decided would be a good basis for the story in the series.

Regardless, Justin â€œSlasherJPCâ€ Celani decided to pick up his own figurative spirit camera, and investigate the legend himself. Check him out as he delves into the details of Fatal Frame, Himuru Mansion, and whether or not he thinks that thereâ€™s something to this chill-inducing urban legend. If anyone has an answer, itâ€™s the guy behind the House of Gaming Horrors:

Video Content Director You've just stumbled upon a huge Next Gen Gamer. Anything having to do with the latest games on all systems - Justin loves to play and talk about. From the big guns to the smaller indie titles, he loves'em all. Watch, comment, subscribe, but most of all, enjoy!
You might also like
Fatal FrameArticlesOpinion