It’s a well-known fact that everyone loves superheroes. OK, so that’s not a fact at all, but it’s pretty accurate, especially in the gaming community. People who play video games will tell you that they love a good superhero game. And we’ve gotten a few! But for every hit like Spider-Man and Venom: Maximum Carnage  and Batman: Arkham Asylum  we’ve gotten some real stinkers like Aquaman: Battle for Atlantis  and Superman 64.

We here at SpawnFirst generally like to promote happiness, so three members of the SpawnFirst staff got together and wrote about some of our favorite superhero games. Henshin-a-go-go, baby! 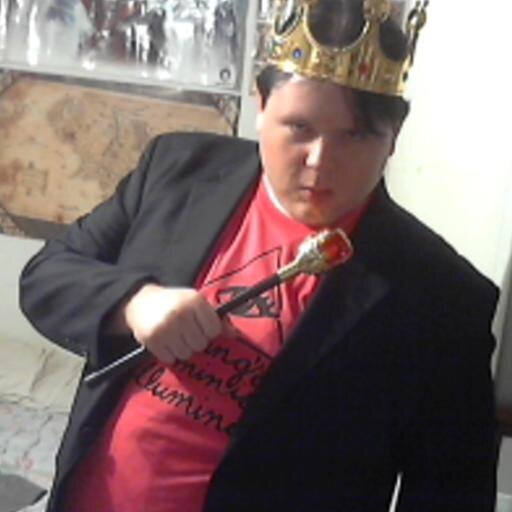 When I first borrowed Viewtiful Joe  from a friend in 2004, I had no idea I would soon be playing an incredible game. It’s one of the most critically-praised games ever (sitting at a 93 on Metacritic), but I didn’t know that at the time. I was 16 then and played games exclusively on GameCube. I only realized after completing it in one session that I had fallen head over heels in love with it. Viewtiful Joe  remains as one of the best action games I’ve ever played.

Viewitful Joe  is a side-scrolling beat ’em up, which makes it sound simliar to many other games when it isn’t. The action was refreshing at the time of the game’s release, lacking the usual frustrations found in other action games and allowing the titular character, Joe, to punch and kick his way through enemies with aplomb. Joe also uses “VFX Powers”, which allow him to slow time, move faster, or become stronger for a limited amount of time. He can also purchase new abilities, health, weapons, or other items between levels with “V-Points”, which appear in the game as coins of varying sizes. I love Viewtiful Joe  because it’s funny, original, and beautiful. I played a little of it again while writing this and its cel-shaded visuals haven’t aged in the slightest. Neither has the rest of the game. Viewtiful Joe  is a timeless classic and atypical superhero game that towers above many others. If you still own a GameCube, Wii, or PS2 and haven’t played it, you’re doing yourself a disservice.

For my other choice for one of my favorite superhero games I decided to go with something a little more recent. I reviewed Lego Marvel Super Heroes  earlier this year, awarding it a 9. Lego games often get accused, usually by people who don’t play them, of all being the same. Lego Marvel Super Heroes  completely destroyed that fallacious belief with its open world and creative level design. It’s still the best Lego game to date.

But this is supposed to be about superhero games. Well, Lego Marvel Super Heroes  is, in a sense, the zenith of what a superhero game should be. It has just about everything Marvel ever packed into it, and Traveller’s Tales perfectly nails their source material every time. It’s rare that I play a superhero game that gets everything exactly right. It’s amazing that Lego Marvel Super Heroes  has over 100 Marvel heroes in it and all of them feel precisely like they’re supposed to. Sure, they’re made out of blocks and Lego games are mostly the opposite of serious, but the jokes are funny because they perfectly capture the essence of what they’re poking fun at. What list of superhero games would be complete without a Spider-Man game? Spider-Man has always been a staple in my life. I grew up watching the cartoons and playing the games. Then when the movies came out I desperately wanted to watch them. No matter how poor a Spider-Man game is I can still get some enjoyment out of it simply because it allows me to become Spider-Man, if only for a while.

I remember playing through Spider-Man  and Spider-Man 2: Enter Electro  on the original PlayStation and loving every minute of both. Jump forward to the release of Treyarch’s Spider-Man 2.  I remember receiving a PS2 for Christmas, but the game was already out and I needed to play it as soon as possible because I was a child and had no patience. I managed to convince my parents to let me have it early just to play that one game and I didn’t regret it at all.

Treyarch absolutely nailed everything (except them stupid balloon fetching missions). It was the first time you got to play as Spider-Man in a living, breathing open world and the web-swinging mechanic is still unbeaten. Sticking a web onto a passing helicopter and hitching a ride to Liberty Island is still one of my favorite things to do in the game. As a longtime fan of Spider-Man, it was hard to pick just one game for this piece so I’d like to give a shout out to Ultimate Spider-Man  and Spider-Man: Web of Shadows  as honorable mentions. The Punisher  came out a year before the first Saints Row.  It’s clear some of the gunplay and game mechanics carried over to that franchise. Without The Punisher,  Saints Row  might have turned out differently. I remember playing through The Punisher  countless times, at a younger age than I probably should have, simply because it was pure fun from start to finish.

The interrogations in the game were fun, as was unleashing berserk mode on your unsuspecting foes, and the graphics were pretty great for the time. The game never really offers much of a challenge, but that was always part of the appeal for me. Gunning down criminals as the Punisher shouldn’t be difficult because you’re the goddamn Punisher. It’s a game you should play for mindless fun and it’s excellent at serving that purpose.

While the Punisher isn’t exactly a superhero by any stretch of the word, surely the amount of bullets Frank Castle can absorb counts as a superpower, and his leather duster is practically a cape, right? Even though the Punisher isn’t a traditional ‘hero’, I feel I would be remiss if I didn’t include this game in my picks. The past decade has been very good for Batman. Three insanely successful movies, a couple of really good animated movies, and 2.5 brilliant video games (Batman: Arkham Origins  is the .5). After deliberating for a while, I landed on Batman: Arkham City  as my favorite of the trio. Why does Arkham City  get the top spot of the Arkham series? For me, one of the biggest draws is the open­ world exploration that had been missing in Arkham Asylum.  Soaring over Old Gotham, fighting thugs, and solving crimes gave the most authentic experience of actually being Batman than any other game before it. Another huge draw were the Easter Eggs hidden all over Gotham. I got giddy when I noticed a subtle nod to another character in the DC Universe as I traversed my way through the city. It was the small details that kept me alert the entire game and had me still playing long after I completed the main story. Arkham City  also improved on Arkham Asylum‘s already amazing free-flow fighting, making it even smoother and more epic. The only thing that I did feel Arkham City  lacked was a more compelling story, although I was able to look past that with the amazing gameplay, immersive environments, and unique side missions that I feel sets it above the other two games in the series. One thing is for certain, though: I can’t wait for Batman: Arkham Knight.

Injustice: Gods Among Us

At first Injustice: Gods Among Us  looks like any other mindless fighting game where you get to watch your favorite heroes and villains in the DC Universe beat the snot out of one another. However, the game is so much more than that. An extremely dark plot line pushes the main campaign along, tearing at the fabrics of good and evil. Watching Superman’s spiral into insanity as he wages war against people he once called “friends” was hard to watch, especially for fans who had looked up to him for so long.

Looking beyond the main story, the gameplay of the main game was both fun and unique. The characters felt fresh and not like some re-skinned version of Mortal Kombat.  Stage transitions and the use of iterative items in the arena made Injustice  a standout among all fighting games, and it should be a benchmark that other developers strive to hit for years to come. The game is addictive, fun, and intriguing for all superhero fans, regardless of if you’re on Team Marvel or Team DC.

What are some of your favorite superhero games? Let us know in the comments!

Features Editor Buddy was a journalism major at the University of Alabama. He now spends his days writing novels that will probably never get published and wishing he were an extra in an Anthony Hopkins film. He's been gaming since he can remember and has owned every console from the NES to the TurboGrafx-16 to, yes, even the Phillips CD-i. He loves all games, but his favorite genres are shooters and RPGs. His favorite game is The Legend of Zelda: Ocarina of Time.
You might also like
Arkham City