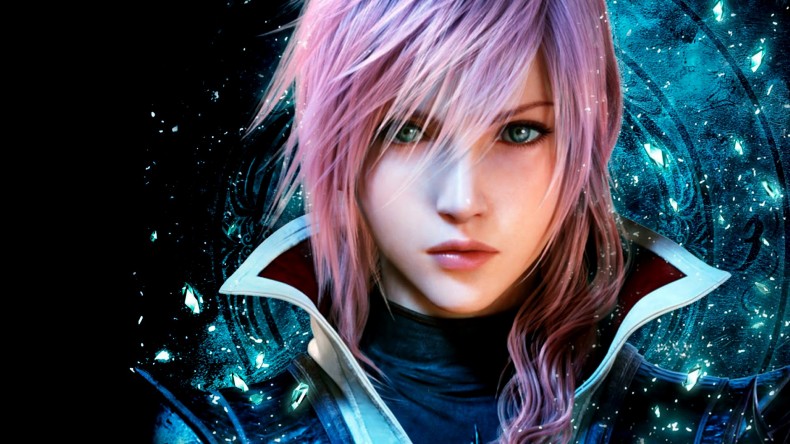 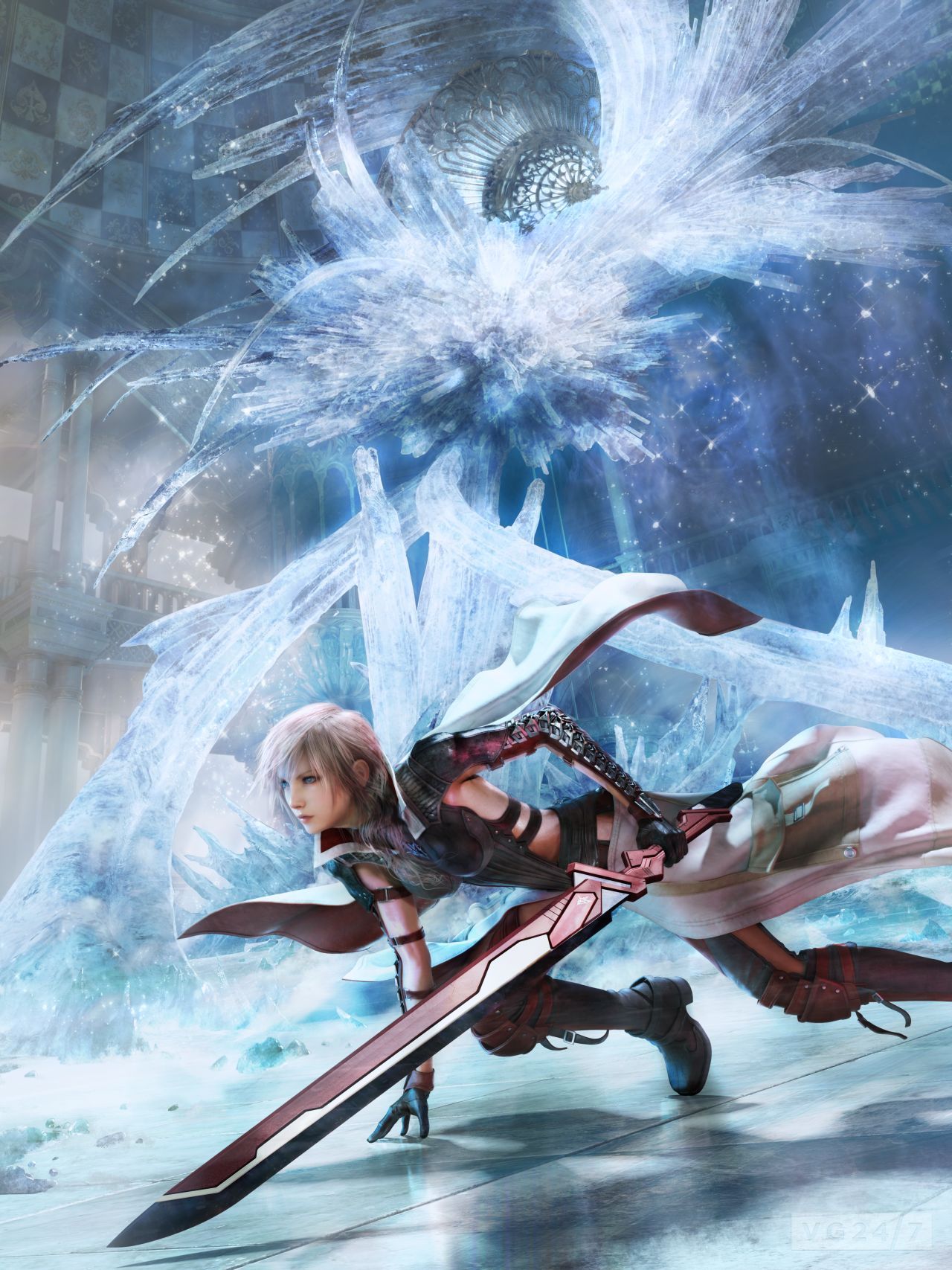 Back in October, I was writing a review for Beyond: Two Souls for my University’s newspaper, and was having a difficult time trying to find a way to convey that Beyond was a game that I enjoyed more the further I got away from it.

With my main issue with the game being the out-of-order presentation of the story making the entire game feel completely convoluted, the longer I stayed away from playing the game the more fondly I remembered it as I slowly forgot about the order events were shown to me and just remembered the moments in it that resonated with me.

I eventually scrapped the idea of including this in the review because telling someone a game is better when you’re not playing it obviously not an easy thing to spin positively, but right now I’m remembering this strange anomaly of retroactively enjoying a game more than I did when I actually experienced it and am speculating whether or not this could happen for a recently concluded trilogy.

I recently finished Lightning Returns: Final Fantasy XIII, and I’m wondering if this particular subset of the Final Fantasy franchise is going to maintain the ire it has received from fans since the first game’s launch in 2010.

For a lot of people, Final Fantasy XIII and both of its sequels are pretty much synonymous with both a growing decline in interest in the series, the one time king of Japanese role-playing games, and a series of business decisions from Square-Enix in how the company has, in the eyes of fans, poorly handled the Final Fantasy license.

Now that Lightning Returns has concluded the story of Final Fantasy XIII, I have to wonder if the game I just played, and the two that proceeded it will ever be looked upon with anything close to the respect of Final Fantasy VI, VII, or X, and if not, were the years of time and money spent worth the time and effort put into three games even worth it?

I remember stumbling upon Final Fantasy XIII pretty much by accident. At the time I was very disconnected from the gaming industry, but I saw a trade-in offer at GameStop that let me trade in two games and get FFXIII for super cheap.

Since I hadn’t been keeping up with the game at all prior to its release, I wasn’t aware of any sort of controversy surrounding the next installment of a series I had grown to love in the past, and bought the game without a second thought. 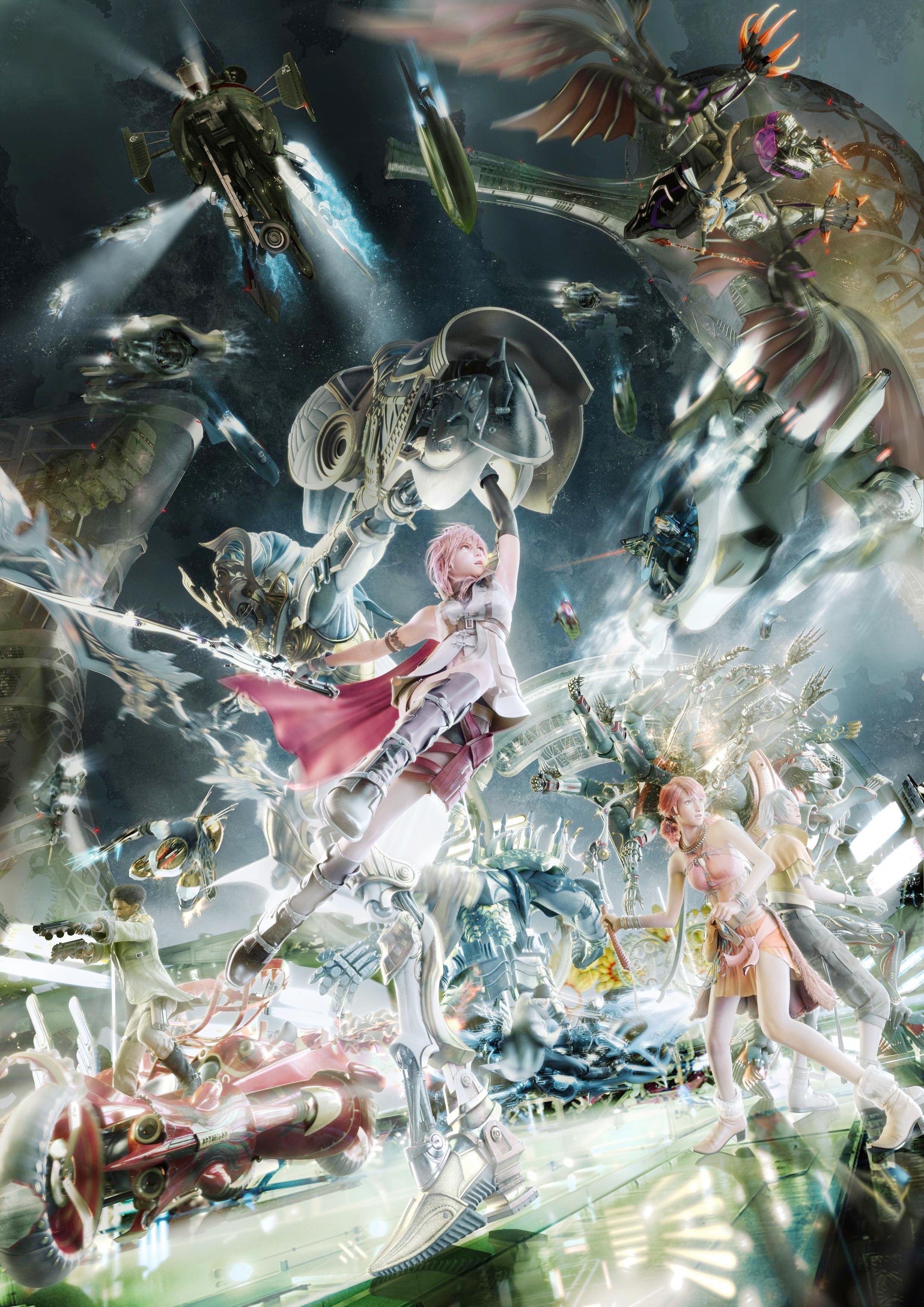 As I worked my way through the game’s early hours, the only things that were keeping me really hooked on the game, at least initially, were the battle system and the character of Lightning.

To this day the thing that sticks out to me about that game more than any endless hallway it had me walking through was the absolutely abysmal lack of exposition that plagued the game from start to finish.

I played the game for many hours, allowing characters to spout nonsense in my direction and just let it wash over me because no one in the game took the time to actually explain anything about the game’s, as I would find out later, very extensive and interesting lore and mythology.

When Final Fantasy XIII-2 was announced, I had enough positive memories of XIII to be excited for a follow-up and as the game came closer and closer to launch it skyrocketed in terms of how hyped I was for it.

With that said, at the time I didn’t really understand why Square was deciding to release a sequel to not only one that appeared wrapped up when it was over, but was easily the most divisive game in the long running franchise.

When the game came out and it was clear that they had made a checklist of every complaint they had heard come Final Fantasy XIII’s way and made attempts to address them, I saw that Final Fantasy XIII-2 was likely a product of pride within Square-Enix and a strong belief in the world and characters they had made. They obviously wanted another chance to get everything right. They wanted an opportunity to redeem this world and characters in the eyes of their fans.

While I still believe XIII-2 to be the peak of the trilogy, I’m aware that that’s not the case for a lot of others out there.

For me, XIII-2’s ending was an absolute punch in the gut. Not only was Serah dead and Lightning in crystal stasis, but the worlds of Cocoon and Gran Pulse were practically obliterated.

When “To be continued” appeared on my screen I was floored, I wanted to know what was going to happen right then and there. It wasn’t until Lightning Returns was announced and was such a radical difference from either of the first two games in the trilogy that I started to believe that XIII-2’s ending was also Square future proofing for a third chance at salvaging Final Fantasy XIII if reception wasn’t where the studio wanted it to be.

Lightning Returns: Final Fantasy XIII, the conclusion to this trilogy, has been released in the West and the reception has been very mixed with the game holding a 66 on Metacritic.

Since Lightning Returns was Square’s third chance at getting this right, the fact that Final Fantasy XIII’s final act is being viewed as anything less than an absolutely stellar return to form seems pretty problematic to what was clearly the developer’s bottom line.

However, after reaching the credits of Lightning’s last story I see that trying to salvage this series might have been the point of XIII-2, but I’m not so sure that was the intention of Lightning Returns.

More so than either of its predecessors, Lightning Returns is a more personal story.

Despite the game’s scope, what Lightning Returns is really about when it all comes down to it, is a woman’s accepting of her need of other people, something that she fought to hide from others, and even herself.

The game uses the end of the world as the stage to tackle the most personal aspects of the game’s cast, Snow finally being broken by his regret over not being able to save Serah, Vanille’s guilt and attempts at atonement for everyone she wronged, and Noel’s shame in killing Etro and damning the world of Nova Chrysalia are all covered.

Lightning Returns is a (clearly imperfect) goodbye to these characters for the people who were invested in them from the beginning, and to be perfectly honest I’m one of those people.

I consider Final Fantasy XIII somewhat of a guilty pleasure as I completely understand the problems people hold against the trilogy but still love it anyway, because despite my initial grievances with the first game, I was completely invested in the characters by the time I’d finished all three games. 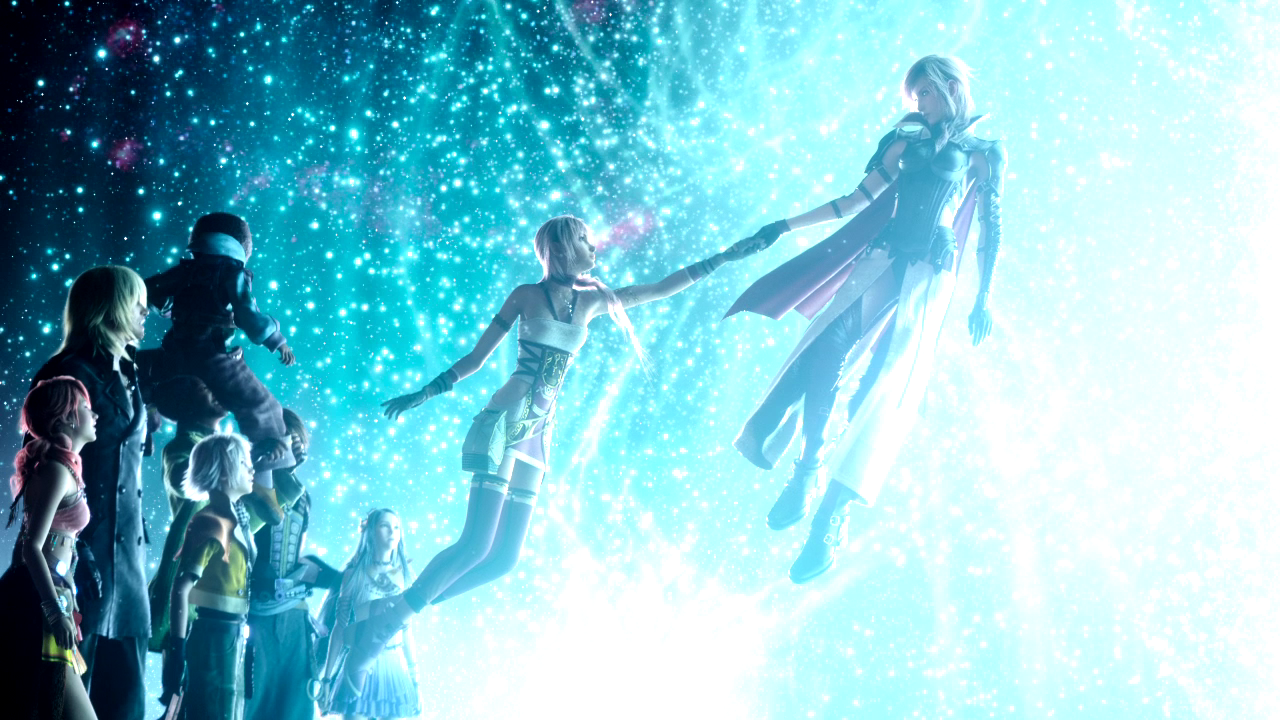 I found myself getting incredibly emotional as I watched this trilogy conclude. Seeing the Farron sisters reunited as well as seeing Lightning on a new world, no longer having to fight against the fate others thrust upon her are two very pivotal moments of this generation for me.

The way I see it, that’s what I’m going to remember about Final Fantasy XIII. As time passes by, I’ll forget about the narrow path I walked down for thirty hours in favor of remembering the meaningful moments I saw when I reached the end of it.

Earlier I asked whether or not doubling down on a point in the Final Fantasy franchise that carries a negative stigma was worth it if the reception only got worse with each game that followed. If the intent of Lightning Returns wasn’t necessarily to give Final Fantasy XIII a game with the acclaim of the classics in the franchise, but to give the people who enjoyed the XIII games and characters closure, then based on my personal experience my answer to that question would be “absolutely.”

But of course, that’s not going to be enough for some people. If you consider yourself firmly seated in the opposite camp when it comes to Final Fantasy XIII you probably feel pretty annoyed that Square spent so much time and resources on this world and characters instead of moving on.

Moving forward, I doubt you’re going to be seeing a decline in passion from Square regarding Final Fantasy XIII. Regardless of what any of us think, Square sees Lightning as a face of the Final Fantasy franchise now, along with characters like Cloud and Squall, even claiming that she may appear in future games.

There’s something noble about standing so strongly by your creation in light of so much criticism coming in its direction, but sadly, I don’t see that criticism ever going away.

Despite my love for the Final Fantasy XIII trilogy, I don’t think any amount of time away from it will ever help Lightning’s story be seen more positively by the gaming community, as it’s a community not known for forgiving or forgetting.

With Lightning Returns out, the comment section on reviews and follow-up articles is filled with angst ridden comments of previous fans of the Final Fantasy franchise charging at the game with lit torches and pitchforks.

I would have thought that this reaction to Final Fantasy XIII and its sequels would make Square less inclined to make direct sequels of future iterations if the first garners similar reactions to Final Fantasy XIII, but it has already been confirmed Final Fantasy XV will potentially have sequels and that game hasn’t even been released yet.

Perhaps Final Fantasy XV will be a palate cleanser for those turned off by XIII, or maybe Final Fantasy is doomed to carry this perceived dark cloud above it for the foreseeable future.

At the very least Square can know the story of Lightning and Serah holds a very special place in the heart of this particular gamer, flaws and all.

Senior Staff Writer Kenneth Shepard is a freelance video game journalist, the first human Spectre and an avid Coca-Cola enthusiast. When he's not sharing his opinion on the internet or saving the galaxy from certain death he enjoys sobbing hysterically over the lives of fictional characters . A student at the University of North Georgia, Kenneth currently writes about games for the University's newspaper.
You might also like
Final Fantasy XIIIArticlesOpinionKenneth Shepard