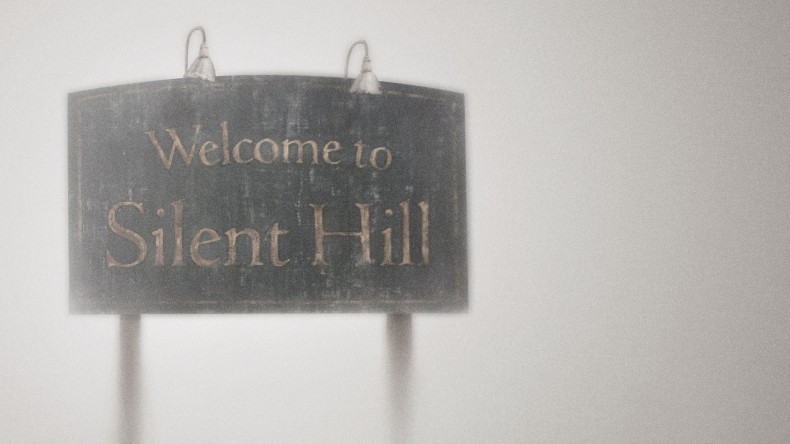 I like the Silent Hill series. I wish I could say I love it. I adore Silent Hill 2,  Silent Hill 3,  and Silent Hill 4: The Room. However, I’ve enjoyed every entry aside from Shattered Memories  and Book of Memories. Yes, I even found the time I spent with Homecoming  and Downpour  worthwhile.

But I can admit that all of the Silent Hill games have had their fair share of problems. I didn’t have as many issues as a lot of folks did with the more recent entries, but I did find certain elements annoying. I won’t argue with the claim that the series just isn’t what it once was. Will it ever be again? With a new Silent Hill  most likely on the way, possibly with Hideo Kojima at the helm, I’m hopeful. I want to discuss a few changes I think would help the series immensely.

Remember Harry and Cheryl? James and Mary? Maria, Laura, and Eddie? Heather and Douglas Cartland? For fans of Silent Hill,  those names are instantly recognizable. Now, try to remember characters from the following games. The Room  is my favorite Silent Hill,  so of course I can remember Henry, Eileen, and Walter, but I’m in the minority there. I can also recall Travis, Alex, and Murphy, but I’m grasping at straws now.

The series has been struggling with its identity for a while. The second and third games and The Room  built off their worlds, delivering some of the most memorable narratives in video game history (anyone who has played Silent Hill 2  to completion and claims not to remember it is lying). The first game’s plot was absolutely ludicrous. Origins  was interesting, but was more fan service than engrossing tale. Homecoming  tried the approach attempted first by The Room,  taking place for the most part in a setting outside of Silent Hill, which is fine, but it ultimately proved to be a confusing mess. Shattered Memories  was intentionally confusing as proven by its twist ending, which was admittedly kind of cool. 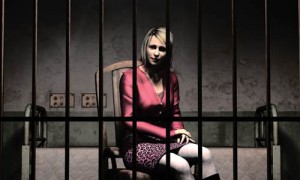 The writers of Downpour  got back to the heart of Silent Hill  and delivered perhaps the best story in the series. They missed the boat on delivering a roster of memorable characters, but Murphy Pendleton’s journey through Silent Hill is a trip to remember. “Revenge is a long, hard road, Mr. Pendleton” is a line that still stands out to me. And Downpour  provided awesome secret moments (the “Turn Back Time” side mission is one of my favorite video game scenes) and easter eggs to keep fans happy.

I hope the writers of Downpour  return for the next game. They get it. They know they shouldn’t lay it on thick with the emotional moments (shame on you, Homecoming) so they’ll have more resonance. They also know they shouldn’t overindulge in “shock factor” bits or completely throw their story in the garbage. A Silent Hill  plot should disturb psychologically, but also let the player know it’s headed towards a significant payoff. If the Downpour  writers return next time with better characters and more focus, the next Silent Hill  could be something special.

Every Silent Hill  fan reading this is nodding right now. The Silent Hill games are not known for having great combat systems. The combat slightly improved each time between the first game and The Room,  but then Origins  came along and decided to incorporate breakable weapons (ugh) and quicktime events. Shattered Memories  ditched any sort of traditional Silent Hill  gameplay in favor of requiring players to run from and shake off meat monsters while navigating through bland labyrinthine environments. It seriously sucked. 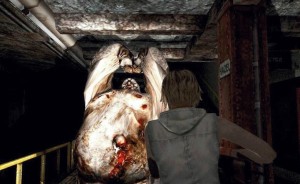 Homecoming’s  combat just kind of had a “meh” feeling to it; not too good, but not terrible or anything. It introduced melee combat that was different from anything else in the series up to that point. It was interesting, but wore thin quickly. The same could be said of Downpour,  but it also included those two lecherous words: breakable weapons (breakable weapons are probably THE most antiquated design choice ever).

The gunplay in both games is kind of atrocious. Alex Shepherd can shoot perfectly in Homecoming,  but for some reason aiming and firing a gun still feels sluggish.Â Downpour Â had Murphy aiming like he was a diabetic who had just been injected with four gallons of sugar water. It was supposed to be more survival horror-y and realistic, but it was just annoying.

Why can’t Silent Hill  just get with the times? The Last of Us  delivered an intense experience last year, complete with the sort of nerve-wrecking immediacy found in most survival horror games. The people who complained about its combat were being nitpicky mostly. Silent Hill  could adopt its style and be all the better for it. If news came out that Naughty Dog is developing the next Silent Hill,  I would be very excited.

“Konami: Ignore the insufferable fanboys who go out of their way to try and ruin everything in the gaming industry (they’re a dying breed anyhow).”

Konami just can’t seem to get a grasp on reality. Silent Hill  shouldn’t be about gimmicks. Konami should stop trying to recapture the past. The past sucks. The old Silent Hill games suck now. It’s OK to accept change. Konami: Ignore the insufferable fanboys who go out of their way to try and ruin everything in the gaming industry (they’re a dying breed anyhow). Just make a damn great game and watch the love outweigh the hate by a gargantuan amount.

I’m no stickler for graphics. I much prefer Deadly Premonition  to something like Killzone: Shadow Fall.  But can you imagine what the town of Silent Hill will look like if Kojima and his Fox Engine become involved with the series? I practically salivate imagining it. What about Rockstar? Hell yeah. I don’t really care about how games look as long as they function properly, but it would be cool to see my favorite resort town competing with other visually impressive locales. 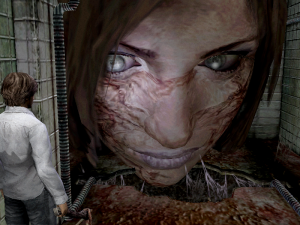 Neither Homecoming  or Downpour  looked too shabby on the last generation of consoles (Shattered Memories  was pretty not pretty), but the former was filled with bugs, some of them game-breaking, and the latter’s framerate was just pathetic. These are issues that should probably not be present in the next game as well. Don’t let Silent Hill  turn into Battlefield 4,  Konami. Let’s have a smooth launch next time.

This is really a small gripe in the grand scheme of things, and it also applies to all the Silent Hill games from here on out. I liked that The Room  and Homecoming  were set in locations, South Ashfield and Shepherd’s Glen respectively, outside of Silent Hill itself. I would love to see the series take that risk again. Another game set in South Ashfield or Shepherd’s Glen would be great, but a new location would be divine. Why not another Silent Hill  set in the past like Origins  that explores the town’s history? Silent Hill  is a series that go could anywhere.

I want Silent Hill  to be better. I own almost every game in the series. I bought Silent Hill HD Collection  even though I already own the second and third games. I’ve been waiting for that special connection I once had with Silent Hill  to return again for a while now. I’ve felt a flicker of it here and there, but it’s nothing like it used to be. Still, my faith remains.

In my restless dreams, I see that town. Silent Hill. You promised me you’d take me there again someday, but you never did. Well, I’m alone there now…in our “special place”…waiting for you.

0 people like this
Articles, Features, Opinions, Slider
Hideo KojimaKonamiSilent Hillthe last of us

Features Editor Buddy was a journalism major at the University of Alabama. He now spends his days writing novels that will probably never get published and wishing he were an extra in an Anthony Hopkins film. He's been gaming since he can remember and has owned every console from the NES to the TurboGrafx-16 to, yes, even the Phillips CD-i. He loves all games, but his favorite genres are shooters and RPGs. His favorite game is The Legend of Zelda: Ocarina of Time.
You might also like
Hideo KojimaArticlesFeaturesBuddy Acker