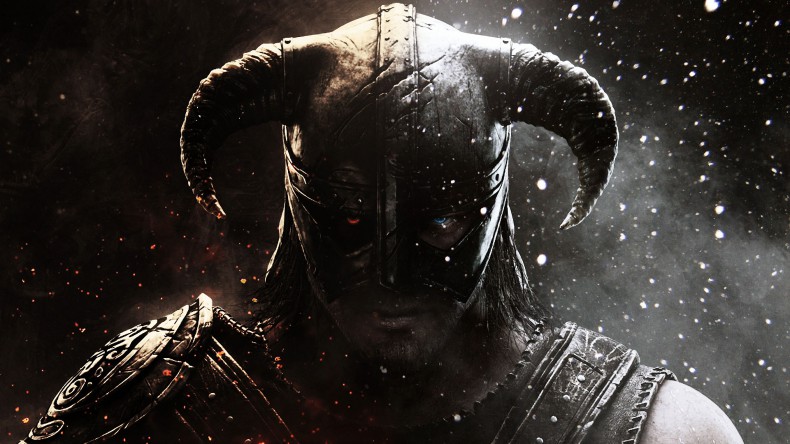 Everyone is familiar with the mega-hit The Elder Scrolls V: Skyrim. Transcending popularity among only gamers, the game is a major mainstream hit. Skyrim  made it cool to talk about elves and magic in public; too many times to count, I overheard people swapping stories and comparing dragon slaying strategies. The game consistently earned near perfect and perfect scores, giving it the adoration of gamers everywhere. However, I don’t fall into this category. Don’t get me wrong, I enjoyed playing Skyrim. But I did find some egregious errors that no one else seems to discuss. I’m sure I’m the odd man out here, but here are some reasons why Skyrim  isn’t that great.

The first problem I have with Skyrim  is the one most likely keeping me from revisiting it in the near future: it’s too easy. Not only is it easy, but very little strategy is required when entering a fight. There’s an enemy in front of you, spam right trigger until it stops moving or spam left trigger until it’s on fire. If you feel like getting fancy, you might sidestep or hold one of the triggers to execute a special attack that will ultimately accomplish the same thing as a regular attack. That’s about the extent of the complexity of the the battle system.

Compared to a game like Dark Souls, which is an entirely skill-based game, Skyrim  falls short. Lower level players can beat higher levels if they are good at the game. Every different weapon has different kinds of attacks and multiple stats as opposed to Skyrim‘s pretty generic weapons that just have a damage stat with the only mitigating factor being the swing speed. Dark Souls  requires you to plan and adapt to whatever the situation requires, whereas in Skyrim  you can literally just run in swinging like a maniac. I’m not saying that Skyrim  should be as difficult as Dark Souls, but I’m trying to point out the disparity in their combat systems. Dark Souls  features a system that forces you to constantly adapt play styles while Skyrim‘s never evolves past the “smash it with a hammer” point.

I’ll start by saying that Skyrim  does have a more varied world than The Elder Scrolls IV: Oblivion  did, but whereas Oblivion  had the same two acres of English countryside copy and pasted over and over again, Skyrim  is the same five acres of Nova Scotia copied and pasted over and over again. It’s a little more varied but not much, and while there are distinct areas (forest, tundra, marsh, etc.), those areas are incredibly similar within their respective perimeters.

Moving beyond mere scenery, the lack of variety is also a detriment to exploration. One of the greatest parts of an open world game is walking in a random direction until you find an adventure. If you do that in Skyrim, the first thing you’ll stumble across will be a bandit camp situated in some ruins. OK cool, kill the low level bandits and loot them then move on…to discover another low-level bandit camp in some ruins. After many tedious bandit battles, you might come across a peaceful giant camp (but Talos help you if you cause any trouble) followed by another bandit camp. Eventually you might stumble upon a ruin with some important treasure, but chances are you will have no idea what you’re doing with it. This, combined with the game not scaling with your character level, makes the world very unfriendly to wanton exploration, something the game should actively encourage.

Skyrim  did something that I thought was impossible: it made dragon fights boring. The big draw of the game (and the central plot) revolves around the reemergence of the drag ons. This, of course, means that you end up fighting dragons a lot. And I mean a lot. You fight dragons so often that the impact of being a legendary warrior fighting a mythic beast of destruction wanes thin. It’s not only a matter of quantity, but quality as well. Most of the fight consists of the player waiting for the dragon to land and when he finally does it turns into just a mindless hack and slash (see above). As you level up, the game eventually starts throwing two dragons at you. That’s not upping the ante, it’s adding more busywork. I often found myself running from fights, not because I couldn’t handle it, but because I didn’t have the time to watch an over-sized lizard do loop-de-loops for 30 minutes.

In addition, the various aspects of the world come off as stifling to an epic environment. The selection of voice actors is laughable at best (there’s about one person who voices all male Nords) and the main character seems very tangential to the actual goings-on in the world. The world comes off as almost WoW-esque (though not inherently a bad thing, these are just different types of games) with an empty sandbox filled with collections of 1’s and 0’s with exclamation marks above their heads just aching to tell you the errands they need done. While there are some great moments of immersion, the opening few minutes being a good example, the game seems to instead resist immersion with the character’s words and actions resting comfortably in the uncanny valley.

There’s a lack of character options character. Dialogue choices, in-game actions, and decisions made while leveling truly allow you to create a character who tells a unique story. When I go into one of these types of games, I have a concept for a character that I would like and then make all decisions based off that. Skyrim  operates counter-intuitively to this. In-game actions, even when you’re given a choice, lack any variety. For example, you can join up with the racist rebels or the puppet imperials. Neither have much difference to them and if you don’t like either faction, too bad. Fallout: New Vegas, a similar game, gives you the option of four distinct factions, all of which have different motives, philosophies, and characters that embody their ideals while also deconstructing them. If you don’t like any of the factions then you can start your own and run things your way, the way your character would.

It’s not even large, game-changing decisions that come up short in Skyrim, dialogue options are often limited, vague, or generic. Games like Dragon Age  and Mass Effect  pride themselves on the different dialogue options that define your character, their relationship with others, and the reaction of NPCs. Even the Fallout games typically give you at least three different ways to answer the same question. Skyrim’s answers are typically lacking in the kind of personality or variety that establish a character. Whereas in other games you would be able to respond to a potential quest by saying: Yes, yes for a price, snarky yes, no, angry no, etc. Skyrim  is typically of just the Yes/No persuasion.

Don’t get me wrong, there were definitely things I enjoyed about Skyrim. The leveling, skill, and perk systems are superior to ones found in the Fallout  series. The game also looks stunning and has a great artistic style, enhancing some of the best mods I’ve ever seen. The problems listed above were my personal issues with the game; whenever I get into arguments with Skyrim  fans, they cannot properly counter these points or, sometimes, they even agree. I’m not telling you to snap your copy of Skyrim  and throw it out the window. I’m just asking everyone to think more critically about games, thereby improving the genre. So before I got any hate in the comments (we all know it’s coming) I’m not trying to tear Skyrim  down. I’m trying to make it better.

Evan has been a dedicated gamer since 1995 when he got his first console (a Sega Genesis). A graduate of Shippensburg University, Evan spends most of his time writing about gaming, literature, and nerd culture in general. XBL: Eftsoons PSN: HideousToshi Steam: HideousToshi LoL: Eftsoons
You might also like
Dark SoulsArticlesFeatures