Games We Wish We Could Forget 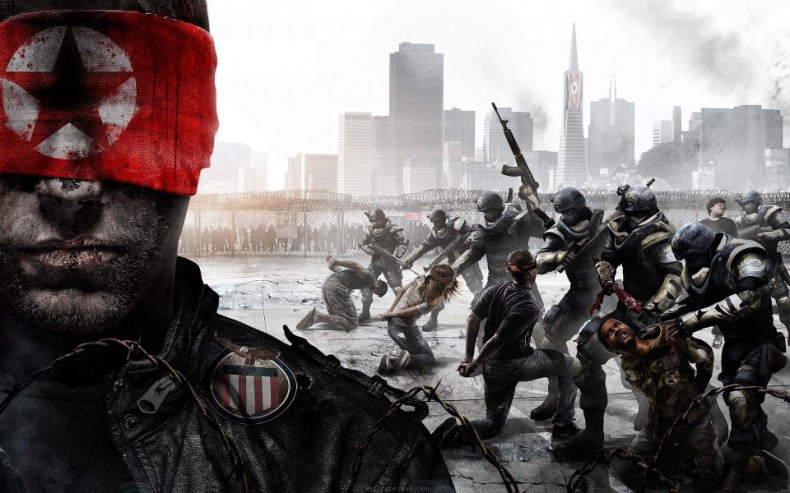 As gamers, we generally like to experiment. Whether it be impulse buying a game you know nothing about because you saw it in your local game shop and it caught your eye, or, playing a game critically praised you just can’t get along with, we’ve all experienced these personal duds. So in the same vein as our last feature, I threw this question out to some of the SpawnStaff team: What is a game you wish you could erase from your memory for good? Ride to Hell: Retribution  can kiss my ass. It’s a wretched, abominable, reprehensible, vile, idiotic game, but I’m being far too kind. I wish I had never heard of, played, or reviewed it. I’m ashamed I actually finished it in the same way I would be ashamed if I were to accidentally run over someone’s grandmother with my car.

It’s one of the worst games I’ve ever played, but it also managed to somehow be worse than that. I despise it with all of my being. People often discuss what the Citizen Kane of video games is. Ride to Hell: Retribution  is the Plan 9 from Outer Space of video games. Picking a game that I wanted to forget was a really difficult decision. There was the absolute worst game I’ve played, Scourge: Outbreak, and then there were games that I played that weren’t necessarily bad, but miserably failed to meet my expectations, like Dead Island. I decided to lean towards the latter and pick one of the most disappointing games I’ve played: Homefront. The first trailer had me beyond intrigued. It was creepy because it was so realistic, and set the platform for what could be a really amazing game.

Having played Freedom Fighters, which is one of my favorite games of all time, and follows a similar idea of an altered timeline where the Russians have invaded the US (instead of the Korean invasion in Homefront), I was super pumped that something would finally fill the void in my heart where a Freedom Fighters sequel should have been. However, when I popped Homefront  into my Xbox, I couldn’t have been more let down. It was watered down, short, graphically dated, and worst of all, it lacked the interesting story that the first trailer teased. I was expecting a heart-wrenching story with intense missions and gorilla warfare. What I got was 5 hours of waiting for something interesting to happen, and when it finally did get good, during an epic assault to take back the Golden Gate Bridge, the game just ends. What I wouldn’t give to have Homefront  erased from my memory, and all that remained is the promise of how good it could be. If there was ever an inanimate object deserving of the “kill it with fire” proverb, it would have to be Duke Nukem Forever. Mired in early 90’s gameplay tropes, and graphics from the same era that seem sheened-over with modern aesthetics (much like painting over a pile of steaming hot…stuff), DNF is easily one experience I would never want to relive.

The simplistic gameplay doesn’t do much to help you forget that this game was stuck in development hell for over 14 years. You’d think with that much time, DNF would have at least some novel ideas that stuck, but instead we’re treated with a graphically updated version of Duke Nukem 3D. The one-liners that were hilarious back then, now fall flat. The click-everything novelty that was once a blast to test out, now feels like filler material to help you forget this game doesn’t have much going for it. And the enemies that were fun to go up against in DN3D are back in DNF, still as dumb as the day their AI was first programmed.

I got rid of my copy pretty quickly, still freshly incredulous that I had put in 5 hours of game-time prior. To this day, I still look at those 5 hours as time that I’ve lost forever, where I could’ve been doing something even just a bit more fulfilling, like pulling off my fingernails. Good bye, Duke Nukem Forever, and I hope you’ve settled into your home in the 9th circle of Hell.

For me, that game would be The Bourne Conspiracy. When I thought of the question for this piece no other game crossed my mind. The game scored fair reviews and as a fan of the films I though I would at least get some enjoyment out of the game… Boy, was I wrong.

I’m not the type of person to get aggressive easily, I usually keep my calm, but after a few hours of The Bourne Conspiracy I ejected it from my Xbox 360 and what may seem like an over-reaction, I snapped the disc. I do not regret that decision.

There’s not much more than that I can say about the game, the driving mechanics were terrible. A constant barrage of weak hand-to-hand combat and quick-time events interrupt the flow of the gameplay. From what I played there were no redeeming qualities whatsoever. Of course, I never completed the game and I have no intention of ever doing so, things might have gotten better as the game progressed but I have no desire to ever find out.

To see some of the ‘Games We Wish we could Relive’, click here. And be sure to let us know of any games you wish you could forget in the comment section below.
0 people like this
Articles, Lists, Opinions
Duke Nukem ForeverHomefrontRide to Hell: RetributionThe Bourne Conspiracy

Senior Staff Writer Karl has been an avid gamer since the days of the original PlayStation, it's a passion that took ahold of him at a young age and one that never let go. When he isn't playing games he's usually writing about them, or listening to The Killers. Metal Gear Solid is quite possibly his favourite gaming series of all time, having only initially purchased a PlayStation 3 to be able to experience Metal Gear Solid 4.
You might also like
Homefront