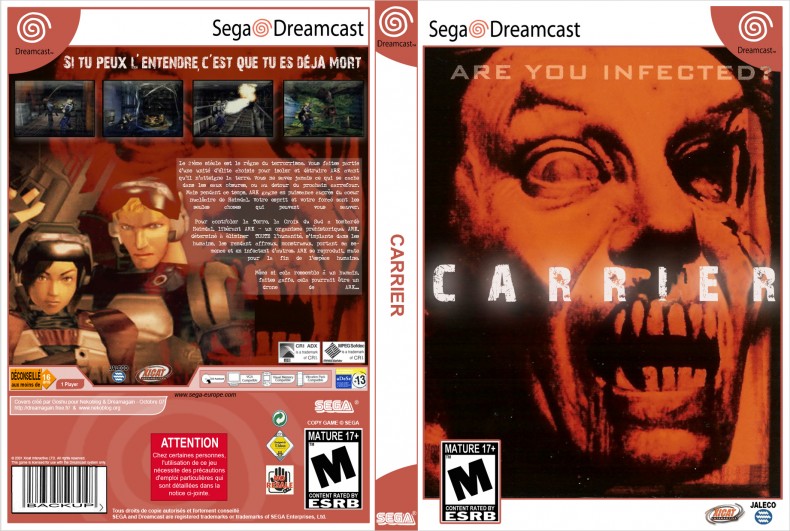 It’s not news for horror fans that the genre is in a slump today. With Resident Evil getting dumber by the second, Silent Hill in hiatus, and Dead Space selling out, there really isn’t much to look forward to. Hardcore horror aficionados should not fret because despite the all the disappointments, it could be worse; just remember the Dreamcast’s horror lineup.

While it is quite easy to pick the best horror game of the console’s lifespan, Resident Evil: Code Veronica, pinning down the worst is a much more daunting task. With that said, cheer up horror fans and get into the Halloween spirit as we look back at some of the worst attempts at horror on one of the most terrifying of consoles. 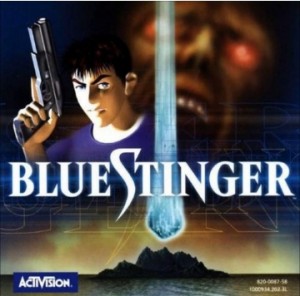 One of the Dreamcast’s first survival horror games, is also one of its worst. In Blue Stinger, players control both Elliot and the thoughtfully-named character, Dogs, and they must explore the monster-ridden Dinosaur Island. At first, Elliot is stranded on the island alone with no weapons when he first encounters one of the island’s beasts. Of course all tension is thrown out the window when the players realize Elliot has a flaming kick attack straight out of street fighter; Dogs can also use special melee attacks by putting on novelty t-shirts. From there on out, the terrible writing, acting, and absurdly idiotic gameplay take over the game while throwing all traces of fun and horror out with it. Only in a game like this would players be forced to win a stuffed animal for a young girl in order to obtain a key code. I take back everything I said about your puzzles Resident Evil; all is forgiven. 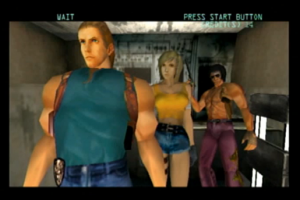 Remember that light gun arcade game House of the Dead?Â  Well apparently there was a spinoff, and not the terrible port, for the Sega Dreamcast. Serving as a link between the previous games’ stories, because those games had such thought provoking and well-written narratives, tries to tie together the games with three new characters. Players can choose either Stick, the combination of Chris and Leon for RE, Linda, the combo of Clair and Jill, and Rikiya, the Japanese version of Charles Bronson. Unlike its predecessors, Zombie Revenge doesn’t focus on shooting zombies, but beating them down with some righteous Kung-fu. As would be imagined, punching a zombie has as much impact as poking the Pillsbury Dough Boy in the stomach.Â  There are guns, but players will be too busy fighting the awkward controls to effectively shoot the undead or keep from getting shot by said undead, yeah they have guns too. At least the start button works so you can skip those terrible cutscenes. 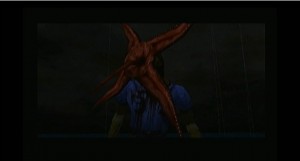 Like most survival horror games, a majority of them are inspired, or copy-and-pasted, from Resident Evil‘s design format; Carrier is one of those games. Sadly, most of these games lose the elements that made the RE series and great and like what was said earlier, Carrier is one of those games. Same situation as RE, special forces go to a secret facility, which just happens to be overrun with zombies and mutants, find the secret to the problem, and then escape before the place self-destructs. While Carrier is neither truly awful, it is also never really good either. So it’s never scary or much fun and the only thing that stands out is the plant monsters and zombies. Wait a second, plants and zombies. I wonder if anybody else had that idea? 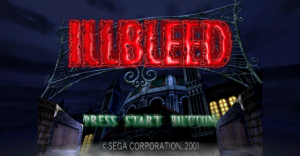 I feel a little biased placing this game on the list because I’ve actually never played it. I know I know, that’s a dumb thing for a video game journalist to do, but I have watched the walkthrough on YouTube, read old reviews, and looked at the online game manual and in conclusion…I wouldn’t touch it with a 20ft. pole. While it does have a cult audience, it is the type of game to rub other gamers the wrong way. In Illbleed, players must navigate a “homicidal theme park” which is filled with various traps and monsters. Players can’t simply avoid traps, no they must find a set of hidden goggles, then stop turn on goggles, and look for traps. This stop-and-go gameplay obviously kills the pacing which has already been beaten to a pulp by the game’s intentionally bad humor and B-movie writing. Only in the entertainment business can someone get away with making something intentionally terrible. Now if Capcom only knew about this idea. 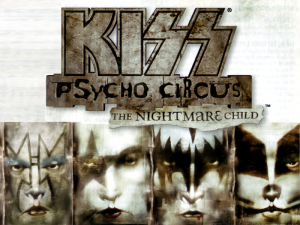 Yes, this is a real game and yes, it is a legitimate horror. Much like the Doom or Quake series, Kiss tries to emulate this fails with an epic splat. Based off of a Todd McFarlane comic, the story is about how the legendary rock band is destined to stop the coming of an evil demon who plans to destroy the world. But how can four ordinary rock stars take on the forces of evil…by acquiring super powered rock-and-roll costumes and makeup, duh. From start to finish, players must acquire the full costume of each character while gunning down various carnival-themed demons from one generic horror setting to the next. It’s a standard FPS, but despite getting some of the basics down, it never succeeds at being anything other than mediocre. In the end, the only people who would say this is a good game are hardcore Kiss fans, which are also the same people who would tell you Kiss Meets the Phantom of the Park totally deserved an Oscar. 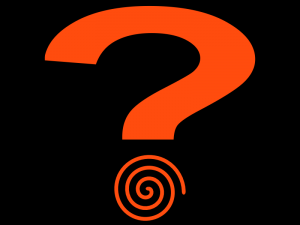 The Worst of the Worst

Despite the heap of mediocre horror games within the Dreamcast’s lineup, there is only one that I believe can truly be called a travesty to both horror and video games in general. For now, it will be a mystery until the shocking reveal later this month. So as you explore the world of Amnesia: A Machine for Pigs wondering when the protagonist might actually be in danger, remember, you could be playing a Dreamcast horror game right now.

Former Contributor Chris West is a graduate of Texas Tech University where he earned his BS in Electronic Media in Communications. Chris has been passionate about games since he was a kid and today prefers games with a strong narrative. He also has a soft spot for horror games, legitimately scary games mind you, and any game claiming to be challenging, Dark Souls for example. When he isn't playing games, he is pursuing his other passions: music and photography. Chris can play both guitar and bass and then take high quality pictures of the performance with his camera. In the end, Chris enjoys writing about his passions and ideas, when he isn't destroying his friends in Call of Duty.
You might also like
Dreamcast

ToeJam and Earl 3 Released for Dreamcast