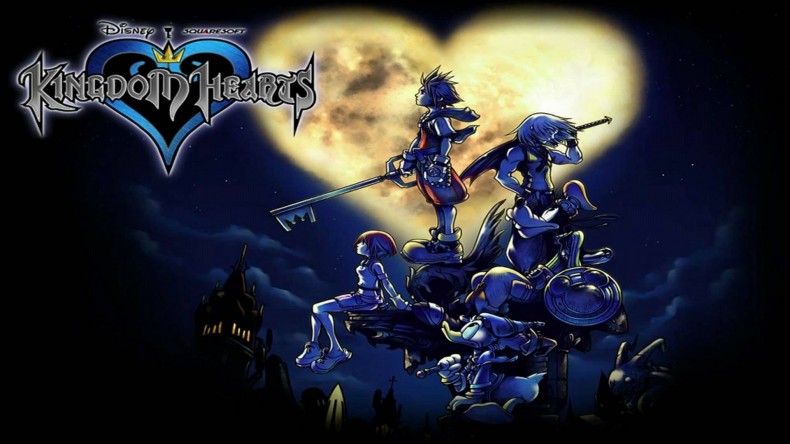 Ah summertime. The time when life settles down and I try to run through as many games as I possibly can. Itâ€™s also a time where I pick up some of my favorites from past generations, mostly RPGâ€™s because, well, thatâ€™s just how I roll. Either way, this summer I decided to watch my girlfriend play through one of my favorites, a game called Kingdom Hearts. This time around though, itâ€™s more just me watching her play through while I spat out useful information when she needed it, or Iâ€™d pop in to fight a boss every now and then to help out the situation.

When I was younger I always wanted to play a Final Fantasy game, but I could never really wrap my head around them at that age. Maybe it was due to the turn-based battles or the sheer length of the games; I couldnâ€™t tell you what the real reason was, I just never played one that stuck with me when I was that young. I always loved the art style and the atmosphere of all the ones I tried though, but it just never struck the right chord. That is, until I saw Kingdom Hearts for the first time. Seeing my pals Goofy and Donald alongside a Spiky haired Final Fantasy sequel protagonist got me more excited than anything I can remember. I begged my parents to buy it for me and we finally did about 6 months after its release.

Kingdom Hearts was everything I wanted from a videogame but never received as a kid. The art style of Final Fantasy, the action-based third person combat, the animation of Disney, It was pure chemistry between gameplay elements for me. At that age there were a lot of things I was afraid of, most importantly, thunderstorms. It got so bad that I stayed in my basement with the windows covered, cowering from petty clouds and spouts of rain for a whole summer. It sounds boring, but believe me, it wasnâ€™t, for I had Kingdom Hearts, and I spent the whole time playing that game up until the tear-jerking end, and to this day I still consider it one of the best times of my life. 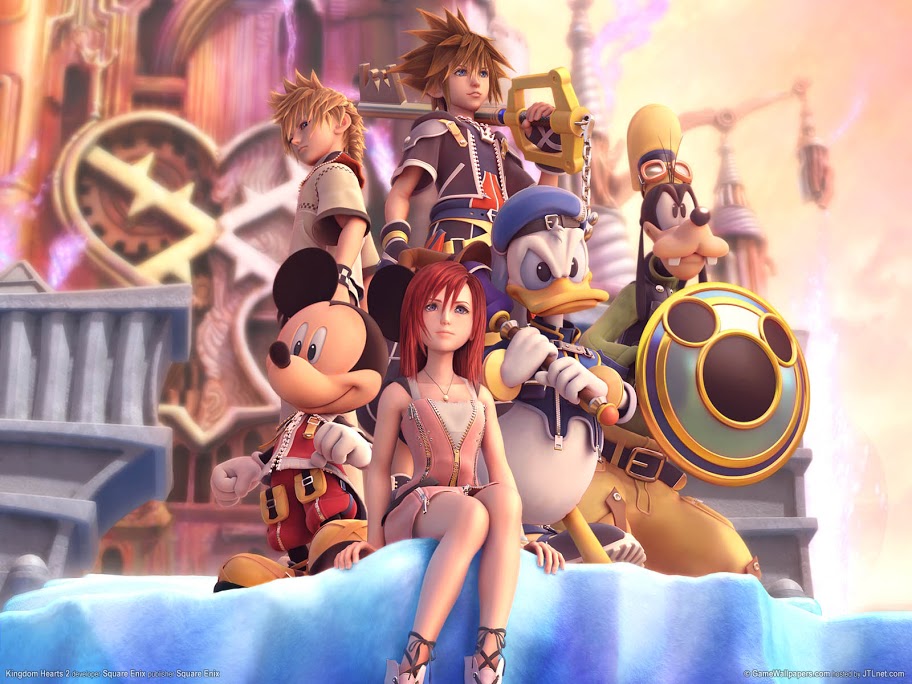 But I digress. So now you figured out how my undying love for Kingdom Hearts came about, but back to what I was saying earlier, Iâ€™m currently going through the game with my girlfriend. While sheâ€™s primarily the one actually playing the game, I still get a huge sense of enjoyment from just seeing her experience the game for the first time. Watching her go through it has been great and Kingdom Hearts is a game I can sit back, watch and enjoy. But seeing it now, ten years later, has got me thinking about the game in ways I havenâ€™t before. Iâ€™ve been thinking about the mix between worlds, Final Fantasy and Disney. When I was younger I never looked at the combo as being odd, and remember telling friends about the game and them having mixed reactions. Some thought it sounded really cool, and others dismissed it as strange and thought it wouldnâ€™t work. But once they actually played Kingdom Hearts, they were smitten.

Thatâ€™s the thing about Kingdom Hearts; it took two modern marvels in storytelling, and mixed them to create something incredible on its own. It never felt wrong to see Sora talking with Donald and Goofy, or to see Cloud from Final Fantasy 7 working alongside the Hercules villain; Hades. It felt as if those characters belonged there and it was, and still is, beautiful. Iâ€™ve been thinking about how the idea came up, and according to Square Enix director, Tetsuya Nomura, it began as a conversation between Shinji Hasimoto and Hironobu Sakaguchi of Square Enix. They talked of how they wanted to make a game in which the character moved in a 3D area, somewhat like Super Mario 64, but said that:

“Mario’s already a world-famous character. It would be impossible to start from scratch with an all-new character, the only way you could do it is with characters that are as well known as Disney’s”.

Nomura overheard this conversation and decided that he wanted to be a part of whatever he was hearing, and coincidentally enough, Square Enix and Disney happened to reside in the same building in Japan. From there on, the rest was a matter of time before Kingdom Hearts became a reality.

Through all the time Iâ€™ve spent playing Kingdom Hearts, itâ€™s shown me that anything is possible. That, if done right, any two things could mix to make something completely unique and maybe even more than the sum of its parts. Kingdom Hearts will always hold a special place in my… uh, heart, seeing as itâ€™s been ten years so far.

Former Staff Writer Alex has been gaming since his mind could comprehend what gaming is, starting with the brutal likes of the Iron Fist Tournament to grinding levels in RPGâ€™s. In his free time he loves to play bass and go on adventures with his dog, Chief. Alex aspires to be a gaming journalist and bring as much as he can to the SpawnFirst table.
You might also like
Disney