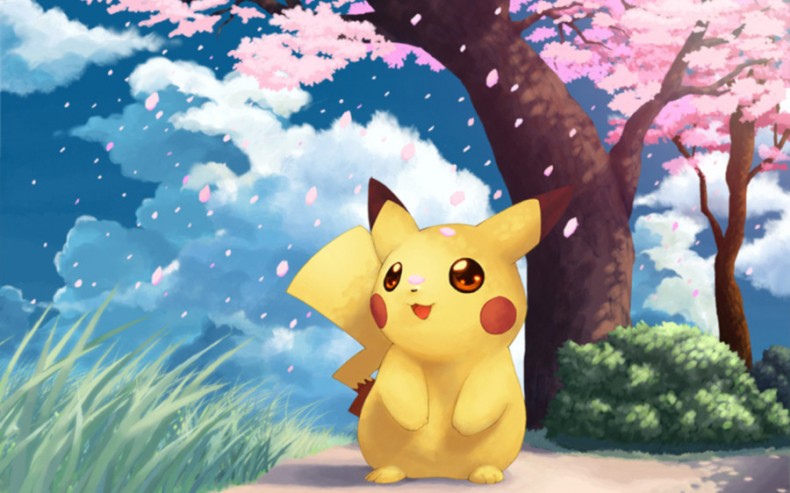 Iâ€™m going to be honest with you, dear readers. At the time of writing, I havenâ€™t sat down at a console, computer or television for over a week. Given that videogames occupy the part of my brain ordinary people reserve for unimportant things like remembering their keys or making friends, this is quite a statement. But Iâ€™m away from my house, having buggered off to Scotland for a whole month. The only thing that has kept away the otherwise crippling withdrawal symptoms has been my Nintendo DS. For those interested by the way, itâ€™s a 1st edition DS, of the kind that still plays Gameboy Advanced games. And this is very fortunate, because my game of choice during the long summer nights in the wilds of Edinburgh has been the â€˜HDâ€™ remake of the original Gameboy classic PokÃ©mon Blue, PokÃ©mon LeafGreen. What is this I don’t even…

The reason for the title change is to do with the fact that the original games were sold as Red and Green versions in Japan rather than the Red and Blue versions that they were here in England. So when the original two games were given a shiny aesthetic tune up and a chunk of new content and other such things they were given the original Japanese colours because why the hell not, I suppose.

Brief gaming history lesson over, PokÃ©mon has been my handheld game of choice for some time. Partly because PokÃ©mon Red was the first game I remember really loving. Previous games were played on my Dadâ€™s SNES and the PlayStation and although I loved many of them, they werenâ€™t mine. But Red version was a game I owned that I could play on my Gameboy, that only I played. And it was cool in the school playground. We debated which started PokÃ©mon was coolest (Bulbasaur, obviously) which of the other 147 we liked best, and explored every detail of the wonderful world of PokÃ©mon. But then, as I got older, and my friends moved on, I continued my love affair with the series. I have owned at least one variation of every generation of PokÃ©mon games, even as all my friends turned their backs on the series. I was gleeful at Gold and Silver, rejoiced in Ruby and Sapphire, delighted in Diamond and Pearl and blown back with the boundless brilliance and beautiful backdrops of Black and White. What Iâ€™m trying to say is that I bloody love PokÃ©mon. Limited editions are officially getting ridiculous

Personal history lesson over, PokÃ©mon is the one game series that I keep coming back to. Itâ€™s the classic franchise that appears childish and basic on the outside and is actually far deeper and complex than anyone might assume from first impressions. All of the types, moves, special abilities and stats of every individual PokÃ©mon make it heaven for a numbers geek like me. And with every generation came improvements and added features, new types, new battle modes, new items and above all, new PokÃ©mon. The first games had a very generous 150 and now the current total sits somewhere around 650. Now some of those designs are inarguably sucky, but for every Vanilluxe and Stunfisk thereâ€™s a Metagross or a Scolipede to keep the balance firmly on the side of the good. PokÃ©mon has been around for now, and in that time, the advances in gaming technology, especially multiplayer technology, have added a whole new dimension to the games. With the advent of DS Wi-Fi functions, trainers have been able to take the competitive aspects of this â€œchildâ€™sâ€ game to the level of a serious sport. Strategies and techniques abound, and why I it not makes have the same status as League of Legends or StarCraft, itâ€™s undeniably an e-sport. Maybe just a minor one, like Badminton, or Curling.

But ultimately, thatâ€™s not why I love PokÃ©mon. I love it for the adventure, from choosing the starter PokÃ©mon in your small town of origin and setting off into the big bad world. Amassing a team of the most badass Mons I can find and challenging the 8 Gyms and the Elite 4. Thatâ€™s the best part of PokÃ©mon games for me, the endless hours spent training your favourite six monsters to become an unstoppable freight train of awesomeness. Finding the right balance of types and moves to craft an unstoppable group. Slaving away for days and weeks to end up with a team that flattens any fool foolish enough to challenge me. And ultimately, thatâ€™s the real reason I play PokÃ©mon. The one defining factor thatâ€™s kept me coming back again and again to this one series, long after my peer group wrote it off and the world at large forgot about its existence. Itâ€™s because I want to be the very best, like no one ever wasâ€¦

Staff Writer Reuben is a student, a nerd and an all round SpaceBadass. When heâ€™s not playing games in his free time he reads anything he can get his hands on, is an aspiring stand-up comedian and makes gaming videos on Youtube. He decied to try writing because it was neater than leaving all of the words in his head, where they were liable to clutter the place up. Heâ€™s owned every iteration of the Pokemon franchise (he usually chooses the Grass starter, except Chikorita, because why would you?), completed Borderlands 2 more times than can possibly be good for his mental health and owns a worryingly large collection of gaming reference t-shirts. He usually plays both PS3 and Xbox 360 games, but is probably going to jump to PC for the next generation. He hopes to contribute as much to SpawnFirst as he can, and he feels really stange about writing in third person. He may also have over written his bio. Xbox Live: CruelCoffee, PSN and Steam: RoboFish_MkII
You might also like
NintendoArticlesOpinionReuben Williams-Smith