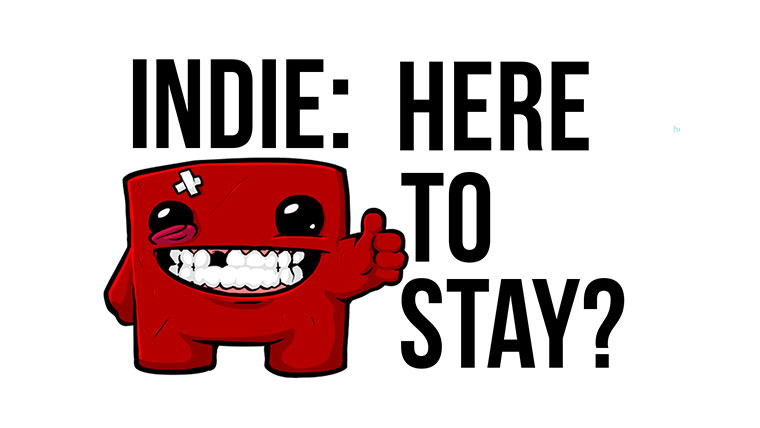 Peter Molyneux graced the news again last week at GDC, and before you ask, it had nothing to do with an over-hyped Fable game. Instead, the creator of Godus met controversy after an interview with CVG where he compared critically acclaimed games such as Gone HomeÂ and Papers, Please to the roots of his career, the times of bedroom coding in the 80s.

Molyneux insists that, what he calls,Â the current â€œindie-crazeâ€ is only a fad that will inevitably phase out. Molyneux says, â€œDonâ€™t think weâ€™re going to be all indies for the next five years â€“ these things go in cycles, just like in the music business. You have a time where punk is big, and then you have times like now where everything is manufactured.”

Molyneux continued, â€œEnjoy this time, because inevitably it will only last a short periodâ€. The legendary developer discussed his respect for indie developers and the phenomenal games they create. The problem, Molyneux argued, is that attracting success leads to attracting investment, which could lead to a hampering of the indie-developerâ€™s creative control over their games. Basically, they will be compelled to make games that are â€œsafeâ€ and will promise a major profit return.

Developers near and far heard Fable’s creator cynical remarks on the current â€œindie-crazeâ€ and they replied in abundance. One developer, Mike Wilson from Digital Devolver the studio that made Hotline Miami, wrote an open letter to Mr. Molyneux, posted on Destructoid, expressing his disagreement:

â€œIt’s not that one [game] is any better than the other, in our opinion… it’s just different types of artists working on entirely different types of projects within this world of digital entertainment we call ‘games.’ But the core difference, and why we disagree with the idea that this is just a fad or cycle that will repeat itself, is that the basic aspiration of these artists is different. Yes, they are experiencing the excitement of money and opportunity thrown at them, but so far they aren’t biting, at least for the most part. Â These artists are creating whatever they want on their own terms, and that is way more valuable to them than selling out or trying to make something massiveâ€.

â€œThese tiny teams are making incredibly tight, creative games with tools that anyone can acquire, non-programmers can use and that don’t require the hiring of engineering and art departments on a massive scale.Â The gameplay mechanics… aka the FUN, and even the storytelling of indie games (which are not technically a genre, by the way) are made by artists who are truly independent and not owned or beholden to some corporate machine that has nothing to do with the art itself. Indies are surpassing the big games on a regular basis, even while 2013 had some of the most awe-inspiring AAA games ever madeâ€

Wilson preaches the truth. Different developers have different aspirations, and many indie-developers do not aspire to create games that give them an immense profit margin. These indie developers are creating these games to express themselves artistically, they are not thinking about games as a product, but as a work of art.

Molyneux, on the other hand, seems to treat games more like a product to be sold. The idea that these developers should base their success depending on their profit margin shows that. But, these developers do not measure success that way. Tommy Refenes from Team Meat, the studio that brought you Super Meat Boy, encapsulates this idea.Â  In an interview from â€œIndie Game: The Movieâ€, Refenes says:

Super Meat BoyÂ was released to wide critical acclaim in 2010 and is recognized as one of the best XBLA games. Their success definitely attracted investors, but they want to keep creating games as a form of self-expression. They are conscious of the boardroom meetings, and how big companies want to play it safe, and they prefer to remain indie for that exact reason. They know moving on from the indie scene will hamper their creative control and they do not want that.

This is what Molyneux is forgetting, these developers are well aware of the negative side of becoming a part of the â€œcorporate machineâ€. And, with the advent of Early Access, downloadable games, and Kickstarter, big companies are becoming less and less important in the production of video games. The â€œindie-crazeâ€ is here to stay, and I could not be happier.

For further thoughts from various indie developers regarding Molyneuxâ€™s statement, check out this article on GameReactor.

Associate Editor Jake is a graduate from Central Michigan University where he earned his B.A. in history. He loves reading, writing, and playing video games (of course!). He's a sucker for a good single-player experience and devours video games at a ridiculous rate.
You might also like
fableArticles