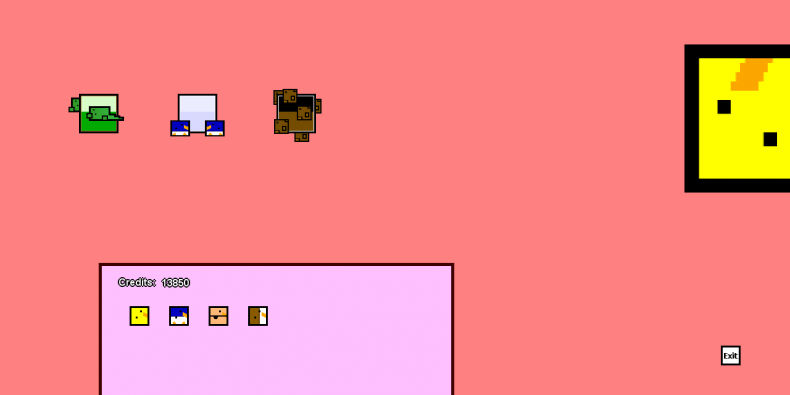 John Szymanski is the main man behind Created to Create Studios. which publishes what he calls “humorous” games.

Growing up in the backwoods of Pennsylvania, Szymanski expresses his deeply Christian roots through his games.

At just the age of 13, Szymanski got introduced to programming by his older brother through the Game Maker program, and his adventures in game development took off from there.

His first game was completed in just a few hours, but his character stuck to the walls as it moved around the level.

“You might want to figureÂ out a way for your character not to stick to walls,” his brother said.

At fist, the youngÂ Szymanski argued that it was the true design, and not a flaw. Of course his brother didn’t believe him, and of course it wasn’t originally true.

Now, it is true. All of Szymanski’s projects, such as the recently released Rubber Ducky and the Rainbow GunÂ bring their humor in by messing with the player. What would be a design flaw in a normal game is a design pattern in a game from Created to Create.

Rubber Ducky and the Rainbow Gun serves a combination of purposes for Szymanski.

“I made a game that I tried to fill withÂ joy, with laughter, with enjoyment, and (and it sounds a little odd, maybe)Â with love.Â  I want my players to feel like, when they play Rubber Ducky,Â that they can just relax, stop having to think about what people wereÂ thinking about them, and just simply have a good time.Â  I wanted to make aÂ game that was itself funny to play.Â  I wanted to make a game that emulatesÂ how much I love how much God loves me through itself.Â  And that’s where, onÂ the very base level, the inspiration for Rubber Ducky came from.”

Currently you can buyÂ Rubber Ducky and the Rainbow Gun for just $2.50 through itch.io and help support a Christian indie developer in his quest to spread love and joy through simple games, or download it for free from his development blog and spread the word.

Editor-in-Chief Zac is a Communication/Journalism major at Shippensburg University and the man in charge of SpawnFirst. He is a lover of all games and platforms, but loves to grind through a good ol' RPG.
You might also like
indie dev

Jump into the cockpit with ‘MechRunner’ from Spark Plug Games