Interview and Contest: The Incredible Adventures of Van Helsing 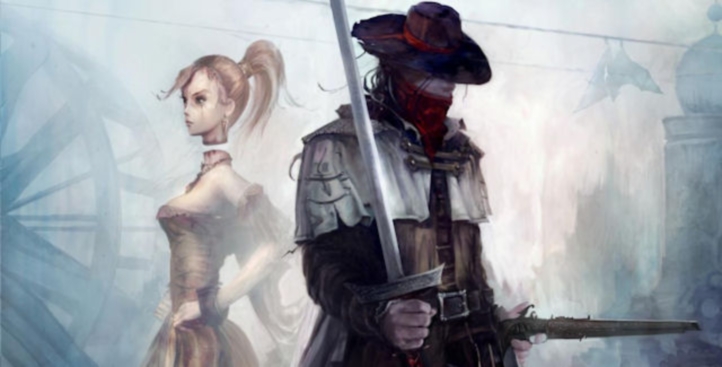 The Incredible Adventures of Van Helsing, made by Neocore Games, is a rip-roaring and enjoyable game that came out in May of this year. Its fun and frenetic gameplay enticed many a gamer during the slow-starting summer season, and definitely satiated the action-RPG bloodlust that gamers craved. SpawnFirst’s Alex Layton recently had a chance to interview JÃºlia InzsÃ¶l, PR Manager at Neocore, about the finer points of Van Helsing’s setting, inspiration, and character creation decisions. Check out the interview below, and definitely make sure to check out the video at the end of the article to find out just how you can win a copy of this enjoyable action-RPG by Neocore Games!

Did you originally conceive the idea for the game with Van Helsing in mind or did you decide that the lore surrounding Van Helsing would best fit the type of game you were creating?

From the very beginning we had Van Helsing in mind as our main character. We envisioned a story about his incredible adventures and only then did we start creating the game, exactly in that order. Years ago, our content designer, Viktor JuhÃ¡sz, broke his ankle and the injury forced him into bed for weeks. During this forced, but creatively fulfilling rest, he started to work on four game design plans and one of them was The Incredible Adventures of Van Helsing. Our team loved the idea so much that we all agreed that the game needed to be made. We found Van Helsing a good choice since the name brings up very strong associations with literature and history, and we could easily twist the well-known elements of the background into an enjoyable experience for our potential fans.

Was adding in Katarina also planned from the beginning, or was it decided on at a later time?

At the very beginning, Van Helsing was the only character that we knew would be in the game for sure, but the idea of a charming ghostly companion presented itself quite early. Katarina’s concept, like many other things in the game, went through many changes during the development. Fortunately, as it turned out, our fans love this witty and beautiful ghost almost as much as we do. She’s a great help to our young hero and I think Van Helsing sometimes needs a cheeky woman to criticize every single step he takes!

In this game we wanted to create a dark, fictional gothic-noir kingdom, which resembles a historical European country from the 19th century. Itâ€™s like a scary, but beautiful metropolis from a dark tale. I see that you let the fans decide between 3 looks for Van Helsing; The Chevalier, The Mysterious Stranger and The Veteran. What was the reason behind this?

We always try to create our games to appease and entertain our players, so we always want to hear their feedback from the fans at any stage of development. Earlier in the development cycle, after the first teaser trailer was released, it turned out that the fans wanted much more from us than a manga-looking Van Helsing with big, glowing eyes and white hair. So, as promised, we took their feedback seriously and decided to change the look and feel of our main character. We created three different Van Helsing variations and let them choose which one would be the best fit for the game. Finally, the Mysterious Stranger received 72% of the total number of votes, so it was quite obvious what our community wanted.

What made you decide to have the story focus on Borgova?

Since our studio is located in Hungary, right in the neighborhood of the amazing region of Transylvania, and our office is smack in the heart of Budapest, the beautiful historical European city, we had quite a few sources of inspiration around us. In this game, we wanted to create a dark, fictional gothic-noir kingdom, which resembles a historical European country from the 19th century. Itâ€™s like a scary, but beautiful metropolis from a dark tale. Although the city of Borgova is a fictional place, a couple of real buildings and streets from Budapest show up in the game. So what made us decide to have the story focus on Borgova? Simply because we love it. 🙂

I really love the art style for the game; what were your original inspirations for the setting and art style?

Thanks. As you probably know for our content designer, the most important source of inspiration was Bram Stokerâ€™s novel, Dracula. It was a good start to create the mood and settings for the game. Regarding the art style, we had a lot of other sources of inspiration and a lot of unique ideas. Some of those came from such classics as Tim Burtonâ€™s Sleepy Hollow, Mary Shelleyâ€™s Frankenstein or Stevensonâ€™s Jekyll and Hide.

The game mixes a dark world filled with monsters with witty humor. How did you come about making this decision to mesh the two?

As we intended to stick to the dark, gothic-noir style in the game, we had to decide if we wanted to make a true horror story, or rather fill the universe with humorous antics, and create a game that doesn’t take itself too seriously. Actually, the witty humor mostly comes from the conversations between Van Helsing and Lady Katarina, and for me itâ€™s an essential aspect of their relationship. Also, the dark humor made it a perfect playground for us to include all sorts of pop-cultural references from other games, movies, books and turn them into hidden content and funny easter eggs that we all love so much. Also, the dark humor made it a perfect playground for us to include all sorts of pop-cultural references from other games, movies, books and turn them into hidden content and funny easter eggs that we all love so much.

I notice that you play as Abraham Van Helsing’s son. What was the reason behind this?

Actually, Professor Abraham Van Helsing is already too old for this stuff and is not exactly the badass monster-killer we wanted our hero to be for this action RPG, so we decided to give the main role to his son as we imagine him.

This game seems to blend RPG elements with hack and slash, and the outcome is a great mix. How were you able to combine both elements successfully?

The Incredible Adventures of Van Helsing is an Action RPG, and as such it mixes RPG and Hack and Slash elements. A great mix, as you said. The truth is that RPG is our all time favorite genre in games, so we always try to use as much role-playing elements as we possibly can. For example, in this game not only does Van Helsing have a skill tree, but so does his ghostly companion, Katarina. She can also get ability points etc., unlike NPC’s and “followers” in other similar games. As much as we love the RPG genre, you can be sure that even if we create a game in a totally different genre in the future, it will definitely have some RPG elements blended in.

Many thanks to JÃºlia for answering our questions and Neocore Games for presenting gamers with such an awesome series. Yup, I just said series. Aside from the great expansion DLC’s (Blueblood and Thaumaturge), a sequel to Van Helsing was also announced back in June! The Incredible Adventures of Van Helsing is one series we’ll be keeping a close eye on. Check out Neocore Games on their Facebook page, Twitter feed, and developer’s blog.

Contest time! Watch SpawnFirst’s Video Content Director, Justin “SlasherJPC” Celani, tell you just how you can win a copy of this highly entertaining title. We have 3 Steam codes to give away, courtesy of Neocore Games, so that right there gives you 3 times the chance of winning! After dropping your comment below, make sure to add us on Twitter and private message us that you’ve written a comment. We’ll contact winners via their Twitter accounts, so keep your eyes open! Also, make sure to check out our review of The Incredible Adventures of Van Helsing as well, and see just why this fun gothic noir, steam-punk action-RPG deserves a play.
4 people like this
Articles, Contests, Interviews
Bluebloodincredible adventures of van helsinginterviewNeocore GamesThaumaturge

Former Staff Writer Alex has been gaming since his mind could comprehend what gaming is, starting with the brutal likes of the Iron Fist Tournament to grinding levels in RPGâ€™s. In his free time he loves to play bass and go on adventures with his dog, Chief. Alex aspires to be a gaming journalist and bring as much as he can to the SpawnFirst table.
You might also like
incredible adventures of van helsing