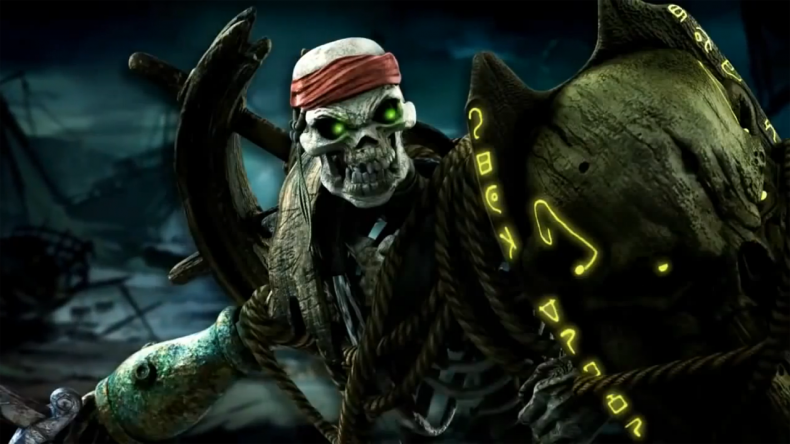 It has been quite some time since we’ve had a Killer Weekend Update – but it’s Monday!?! It doesn’t matter the day because we’ve got an update onÂ Killer Instinct. This time around, this won’t be coming from the Microsoft stream – this will be coming from my personal experience this past weekend where I finally got a chance to play the game which, luckily for me, just so happened to be the same day that Spinal was released. There was also a proper trailer for Spinal released with the obligatory Fulgore teaser at the end. Finally, we’ll discuss this metaphorical “jail” that has been implemented in the game to thwart rage quitters from playing against those who stick out their punishment (or victory, depending on which way the tides are rolling in the match). Let’s get started with the Spinal impressions. 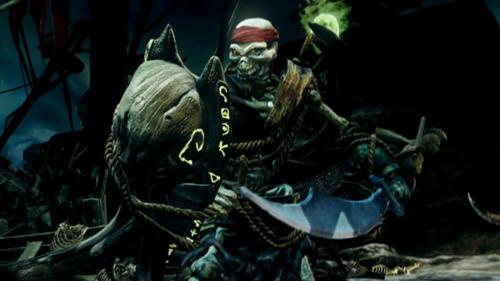 For those who played the originalÂ Killer Instinct in the arcades and on their SNES at home, we know what to expect from Spinal; a heap of maniacal laughter, a slew of mix-up teleports and all around mind games (you never know when he’s going to absorb your attacks for some fireballs or when he’s going to teleport behind you to evade attacks for a huge punish). All of that has returned in this recent update with him. I had the opportunity to play against him twice in survival and, both times, I did not survive.

Between the teleports, me laughing at his laugh, and his mixups, those two opportunities left as quickly as they came. I have no shame in my losses; I took them like a champ with a smile on my face through the whole round because I was so excited to finally see Spinal in action. There were many times where I was unsure which way to block because his teleport was so quick. One second, I’m attempting Orchid’s cartwheel (she was the free character when I played. I’m happy about that because my first time playing, I wanted to try either Orchid or Sabrewulf) for an opener, the next he’s behind me dealing some serious damage.

The developers truly outdid themselves with the stage and the theme music. While playing the game, you’re too into the fight to take in the scenery as it is in any fighting game. But when you get the opportunity to stop and take in everything the stage has to offer, it is true to the character. Between the ghost ship that disappears and reappears in the waters, the Kraken tentacles thrashing about in the water, the impending storm that looms over the fighters, and the dirty beach littered with the remains of wrecked ships give the stage an ominous feel that something bad could happen at any minute. Let’s face it; running into Spinal is bad enough in itself.

The theme song for the stage is completely memorable and fitting. It’s somewhat reminiscent of his theme music fromÂ Killer Instinct 2 (Arcade, N64) which was aboard the ghost ship and implied that those sentenced to row the ship were chanting the theme. In any case, the theme in this iteration ofÂ Killer Instinct shouts “Spinal” amidst a beat that is chock full of nostalgia. If you’d like to hear the theme song, check the video below. 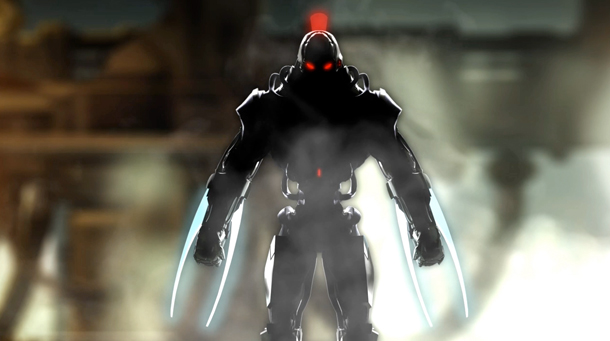 The Spinal trailer/Fulgore teaser is a video filled with awe inducing hype. Between watching how Spinal fights (you can see those teleport mix-ups I was talking about earlier) and taking in the stage I described earlier, this trailer is very well done. Then you get the Fulgore teaser at the end. Fulgore is walking through Orchid’s stage (which I find interesting. More on that in a minute) and he shoots a laser beam from his chest, possibly to destroy the stage. The reason I find it interesting that Fulgore is rummaging through Orchid’s stage is because Orchid, much like the earlier games, is trying to take down the mega corporation Ultratech. Fulgore is a creation of Ultratech so perhaps he was sent on a mission to kill Orchid because she has something incriminating that could destroy the company for good. Of course, this is just my take on it and I could be severely over-reaching but speculation is all we have right now until the story mode releases. In any case, you can watch the Spinal trailer for yourself below.

As for the metaphorical “jail” for rage quitters, it’s a good idea with a somewhat unfair and poor execution. When a person disconnects from a match, they are distinguished by their icon showing jail bars and they are only allowed to be matched up with other players who quit their matches prematurely. This is a great idea, but there are some flaws with it. I was watching a stream the other day and the match didn’t load up; it kept scrolling through the level preview after the stage was selected but the characters never showed up and the match never started. The streamer reset the game and was put in “jail” because the game recognized it as a disconnection. The biggest issue with being in “jail” is that you’re only matched up against others in “jail” as well but it always seemed to be the same one or two people the streamer was matched up with.

Another problem with this jail situation is that it’s been said that whether or not you’re the one to disconnect, if someone quits a match prematurely, both players are “thrown in jail.” I’m not entirely sure how true this is seeing as how I haven’t experienced/seen it happen first hand but there have been quite a few accounts of this happening so there’s a major possibility this is true. Granted, there was no way for this system to be flawless – there is no way to pinpoint exactly who quit the match so both players need to be penalized if that’s the case. 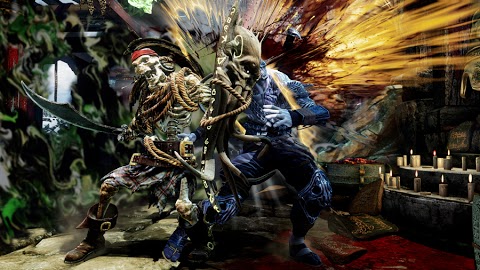 Also, the recent update included better matches in ranked which allow for players to be pit against other players closer to their own level. Say you’re a level 18, you won’t be facing a level 2 anymore. They improved the match making system so there is no more using lower levels for an easy rank up had they crossed your path.

All in all, the recent update holds the most features implemented thus far into the game. A new character, a tease for the next character, a system to thwart rage quitters, and a fairer matching system. Overall, this update was all for the players.

Former Editor-in-Chief Angie has a passion for gaming. She has never been able to put the controller down since first picking up an SNES controller at the age of 3. She loves researching anything gaming related and talking games amongst her friends.
You might also like
Fulgore