Last Gen vs. Next Gen Graphics: Killzone 2 vs. Titanfall 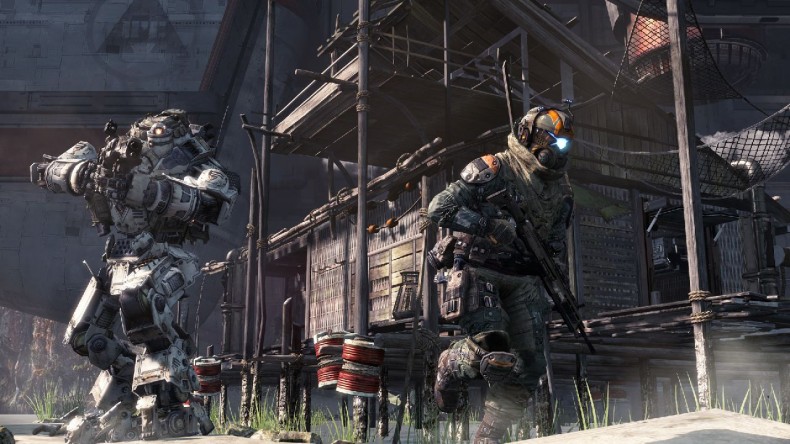 So early this week we started off with an unorthodox comparison piece called â€œLast Gen vs. Next Genâ€. And yes, I know. The title should technically be â€œLast Gen vs. Current Genâ€, but guess what? It doesnâ€™t sound as exciting. Seeing as weâ€™re still in that nebulous stage where we can call our ex-current gen consoles â€œlast genâ€, but canâ€™t quite absorb the idea of the radical and innovative Xbox One and PlayStation 4 consoles as â€œcurrent-genâ€; theyâ€™re still exciting, new, and at least for the time being, can still snugly wear the moniker of â€œnext-genâ€. Soâ€¦yeah. I think weâ€™ll leave it at that.

And to switch comparison articles up, we pit the best late-in-the-lifecycle game of our choosing from the previous gen, to as similar a title as we can find in the next gen launch, or near launch, line-up. I mean, who wants to write up boring comparison pieces where you match the exact same title, except across different generations? For example, why compare Dynasty Warriors 8 across the two different generations? The game is bound to be better on the next-gen consoles, even if itâ€™s only by a couple more pixels. Psssh. Thatâ€™s amateur stuff.

Iâ€™m aiming to get your blood flowing.

I want you to actually see how next-gen holds up against the absolute best of last gen. You paid hundreds of dollars to find out if the current console you hold in your hands is worth it. And weâ€™re aiming to make sure that you see the differences for yourself. So like the last article, for these ongoing comparison feature pieces, Iâ€™m going to present a few screenshots, maybe a video or two at times, and keep my hubbub to a minimum (as opinionated as I am, sometimes that doesnâ€™t grate people the right way, as you saw in the comments in our last piece). Itâ€™s going to be up to you to decide. Look at the pretty screenies, watch the videos, and letâ€™s hope everyone can justify their PlayStation 4 or Xbox One purchase. And donâ€™t worry. We donâ€™t pull any punches here. Not at SpawnFirst. And that means Iâ€™ll pass judgment at the end of this article.

And so it begins. In our second round of â€œLast Gen vs. Next Genâ€, we have two pretty substantial contenders. In the first corner we have Killzone 2, developed by the insomnia-afflicted Guerilla Games crew, and released way back in 2009 exclusively on the PlayStation 3. Killzone 2 was the sequel to the original PlayStationâ€™s Killzone, and both of these games were a programming and graphical powerhouse on their respective systems. Killzone 2 was arguably one of the first titles to truly throw the covers off of the capabilities of the then still-uncertain PlayStation 3, and pulled the veil off the eyes of console gamers all over (irrespective of platform), and showed them the true untapped power of the PlayStation 3. With a meta-critic rating of 91/100, Killzone 2 was a force to be reckoned with.

And in this corner, we have Titanfall, an Xbox One exclusive title, coming out in. And Iâ€™ll be the first one to say it: I cannot *expletive*â€™ing wait for this game to come out. The mind-child of Respawn Entertainment, Titanfall was forged in the fires of Vince Zampella and Jason Westâ€™s fiery exodus from Infinity Ward and Activision. These two prestigious developers formed up an idea to absolutely take the FPS world by storm. Using a highly modified version of the Source Engine, Vince, Jason, and crew began creating a graphically impressive monster of a game. Combining the absolutely solid gameplay of Call of Duty, adding in a plethora of battle-hardened mechs, tossing in vertical fighting elements akin to Tribes, and sealing it all up with a perfect Frankenstein-ish mix of single-player and multiplayer, Titanfall is looking to absolutely rock the first-person shooter world come March 11th, 2014.

By now you’re half-way through watching, looking at, and mulling over the gameplay videos and screenshots of both titles; one a graphical wunderkind that came out 5 years ago on the PlayStation 3 running at 30fps and 720p, and the other an unreleased Xbox One title that will be outputting at 720p and between 30-60 frames per second. Both games look amazing, though both utilize some different gameplay structures.

Killzone 2 is more focused on linear single-player levels and straight-shot multiplayer (thatâ€™s graphically on par with singleplayer). The framerate holds well, but up close, you can really see the somewhat low-res textures in the environments. The character models hold up fine, though. What Killzone 2 does have going for it are some amazing and dynamic environments and graphical effects. Even on the multiplayer maps there is plenty going on, from a storm running hard on an abandoned plant, to the absolutely wonderful lighting system playing around the environments. Killzone 2 is a technical tour-de-force.

Titanfall looks bad-ass. Great, though somewhat static environments (all from the two released gameplay videos – the final product might be different). Thereâ€™s obviously a lot going on throughout the maps, with all the mech vs. mech and mech vs. human battles, as well as AI character interactions, and the impressive decent fireworks associated with explosions and gunplay. Throw in verticality into the mix along with the fact that the game is technically multiplayer all of the time, and the graphical accomplishments look even better. The game looks great overall, and is expected to run at anywhere between 30-60 frames per second (unconfirmed for now). The only issue I have with the graphics shown in the gameplay videos is that the environments themselves seem very static, and immersion is not conveyed as well as in Killzone 2 or 3. The environments are too bright and cheery, mixed in with a dash of dry. Player/mech models look great, and their movements and motions across the maps look amazing. Of course, what weâ€™ve seen are only a couple of areas in a sure-to-be environmentally diverse game, so weâ€™ll revisit this article again around March.

Check out the screenshot gallery below: 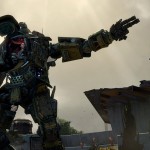 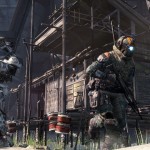 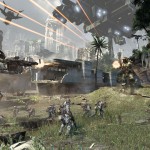 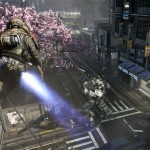 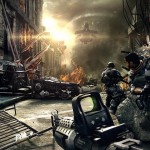 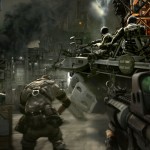 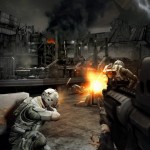 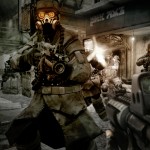 So whatâ€™s my verdict? Aesthetics-wise: Killzone 2 wins without a doubt, unless we see some fairly different areas and truly immersive environments in future Titanfall videos.

Graphics-wise? This was a hard one. Both games output in 720p, but it sounds like Titanfall will have an advantage in the frames-per-second department. Thought the graphics are cleaner, it seems there will be a decent amount of computational processing and network data channeling going on in the background of Titanfall, but onscreen it seems dynamic because of the players, and not the environment (yet). In Killzone 2, the dynamic and immersive environments are king, as well as the lighting model, and the characters themselves. In terms of graphics, I would say Killzone 2 and Titanfall both tie, with their unique and respective visual strengths.

Did you like the article? Stay tuned for more upcoming â€œLast Gen vs. Next Genâ€ comparisons.

Next one up? Killzone: Shadow Fall vs. Halo 4!

Founder/Consultant Growing up in different countries, Karam has a unique global perspective about gaming. He brings with him that set of eyes and ears that can look at the state of gaming from afar. His gaming loves cover just about every genre, and he is a constant presence on Xbox Live and PSN. Karam is a Systems Administrator by day and lives in Georgia with his wife and three children. By night he transforms into Aye Karamba (Live) or Aaqiloon (PSN), and his virtual aliases live online.
You might also like
last genArticlesFeaturesKaram Elahi