In just over a week, the Electronic Entertainment Expo will begin. Gamers all across the world are already salivating at the thought of all the games that will be revealed, the hardware shown off, and ultimately arguing with friends over who ‘won’ the conference. E3 is exciting. And I wish I was excited for it. But honestly, beyond the inevitable announcements of a myriad of sequels and a few new titles, I doubt I’m going to pay an awful lot of attention to the proceedings at this year’s E3… Apart from all of the attention that I will be paying it in order to write lots of wonderful content for this website, obviously. In fact, you should be sure to stay tuned to SpawnFirst for tons of breaking news and info from E3. SpawnFirst, Fully Immersed. Yeah! 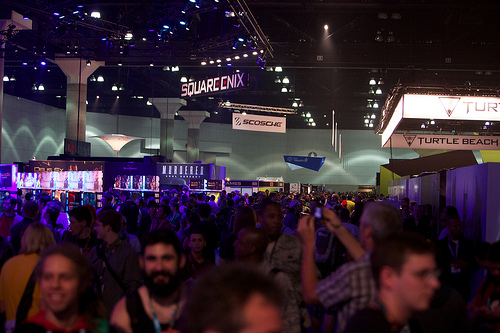 Now saying I won’t be looking or listening to any of the announcements, reveals, previews and interviews from E3 is a bit of an exaggeration. Editorially mandated vigilance aside, I do find the whole thing interesting and there’s some stuff I’m genuinely looking forward to hearing more about. Evolve, Hotline Miami 2, the Borderlands Pre-Sequel (yes I know it’s stupid, but the more you say it the less it hurts) are all games I’m eagerly awaiting and wanting to play. But the sad truth is that any information that comes from E3, or any other gaming convention for that matter, has to be taken with a pinch of salt. And by a ‘pinch’ I mean an entire quarry’s worth.  The fact remains that E3 and its ilk are essentially just shiny convention center-sized advertisements. Not that this is a bad thing of course; advertising is a very necessary evil in this day and age, and a little pizzazz never hurt anybody. Unless you hit them with it.

If all it were was a little razzle dazzle here, a few slightly exaggerated claims about polygon counts and player immersion there, then that would be fine. We could all just filter the news we received through a slight cynicism filter and everything would be fine. But it doesn’t stop there. Publishers, developers and console manufacturers go so far as to deliberately deceive, misinform, and bend the truth into pretzel-like shapes, seemingly for the sheer hell of it. And even that might not be so bad, if that’s where it stopped, in the domain of PR creeps and advertising men. If the worst that happened were a few exaggerated press releases then I’d be prepared to suck it up. But time and time again the gaming industry has proven that not only can it not be trusted to tell the truth but it can’t even lie honestly. 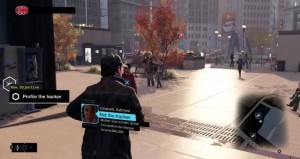 When Watch Dogs  was revealed at E3 in 2012, it garnered a fair amount of hype. The mechanics looked interesting, the gameplay innovative, and more than that, it looked gorgeous. Stunning. Breathtakingly, mind shatteringly, eyeball meltingly good. This, we were promised, was to be the face of next gen. obviously, that hasn’t really panned out. Even as recently as last year’s E3, the footage being shown of Watch Dogs  was clearly less beautiful than it was before. Just before launch, amid a flurry of rumours, retractions and reduced expectations, it was confirmed that Watch Dogs  would be running at 900p on PS4 and 792p on Xbox One and 30 frames-per-second on both. The PC port is, by all accounts, poorly optimized and requires an almost immediate graphics driver update to run at anything like full spec. Now as tempted as I am to climb onto my PC Gaming Master Race ivory tower and tell all of the console gamers how it’s their fault, I will resist the temptation because there’s actually something more sinister at work in this instance.

My point is that the Watch Dogs  debacle (which I will not be referring to as ‘resolution-gate’ because I have just a shred of dignity left, thank you very much) is indicative of a worrying attitude in games development. In times gone by, before a game actually released, there was a demo version. This was designed to showcase a few levels, some of the basic mechanics and the general feel of the game. They very rarely, if ever, looked as good as the finished product. But now demonstration code which surpasses the visual and technical acumen of the final game is pretty common. Ubisoft have previously stated that trying to apply the level of graphical performance shown in the early trailers to a fully mapped open world is extremely difficult, time consuming, expensive and often beyond the capabilities of hardware it’s going to be played on. These are facts that pretty much anyone could probably have told them from the beginning. The more complex a thing is, the harder it is to make. Basic facts apparent to anyone who’s ever played with Lego, never mind a multi-million dollar company. But if a developer is going to sell a game on the basis of the visuals, then they had better work out how good the visuals are actually going to be in the final product, rather than how good they can make them look for the 10 minute E3 presentation. Personally I’d rather have an accurate trailer than a pointlessly exciting one. 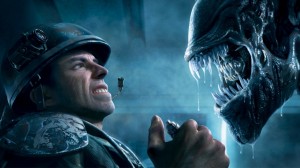 This practice is pretty widespread, from Watch Dogs  to Killzone, Titanfall  to Aliens: Colonial Marines – which is quite possibly the biggest and most egregious example of this kind of behavior. Colonial Marines  is possibly the first game in history where the developers made an entirely new game just to trick people in to buying it. And it doesn’t seem likely to be going away anytime soon. So with that in mind, here’s a few ‘predictions’ of things we’ll see at this year’s E3 and the various ways in which they’ll turn out to be complete and utter fabrications.

The Reality: All of the world’s major landmarks will be crammed into one map slightly smaller than the one found in GTA V. They’ll be a distinct exclusion of any actual streets, buildings or explorable areas. And they’ll be no explanation as to why the Eiffel Tower is perched on top of the Empire State Building.

Prediction 2: Halo 5  will feature graphics at such a high resolution that you’ll need to have your eyes replaced with cyborg cameras to view it properly

The Reality: ‘Eye-nect’ will be mandatory with every purchase of Halo 5, but won’t actually work when you are not playing Halo 5, leaving all Xbox one users effectively blind.

Prediction 3: Valve will finally announce Half-Life 3, complete with full gameplay demos, story details, an amazing graphics demonstration and some kind of revolutionary mechanic that will change the face of video games forever.

The Reality: The mountains will crack, the skies will burn and the world will be consumed by an age of unending darkness. And then Half-Life 3  will only be compatible with SteamOS.

With those unnecessarily hyperbolic predictions in mind, lets all try and enjoy E3 shall we?

Staff Writer Reuben is a student, a nerd and an all round SpaceBadass. When heâ€™s not playing games in his free time he reads anything he can get his hands on, is an aspiring stand-up comedian and makes gaming videos on Youtube. He decied to try writing because it was neater than leaving all of the words in his head, where they were liable to clutter the place up. Heâ€™s owned every iteration of the Pokemon franchise (he usually chooses the Grass starter, except Chikorita, because why would you?), completed Borderlands 2 more times than can possibly be good for his mental health and owns a worryingly large collection of gaming reference t-shirts. He usually plays both PS3 and Xbox 360 games, but is probably going to jump to PC for the next generation. He hopes to contribute as much to SpawnFirst as he can, and he feels really stange about writing in third person. He may also have over written his bio. Xbox Live: CruelCoffee, PSN and Steam: RoboFish_MkII
You might also like
Aliens Colonial MarinesArticlesFeatures