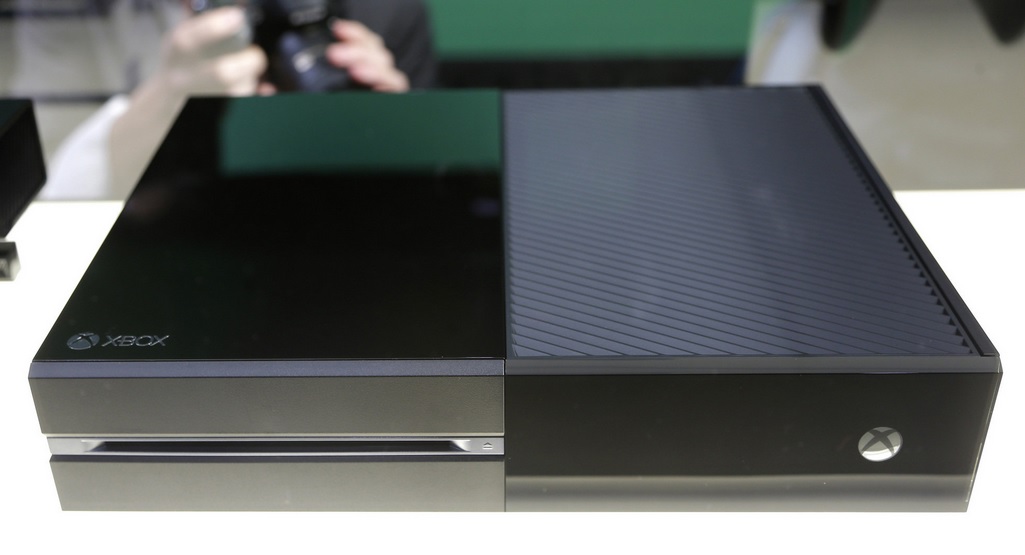 Once known as the “all-in-one” entertainment device, The Xbox One is now marketed as the place where “the best games are.”

I’ve recently made the discovery that if I weren’t already submerged in the video game industry I could make pretty safe bets on how games and systems are doing commercially by what I see every day when working in retail.

In my nearly two years working at my local Wal-mart, I’ve seen only two separate shipments of Vitas, and have never seen an empty section on the shelf for the handheld.

I was present for the Wii U launch and was in a small line where we sold all of our initial shipment on launch night. Since the system launched we’ve never been without available systems.

The Vita and Wii U are the systems presently being barraged with accusations of failure for their consistently underwhelming sales.

Meanwhile, every PlayStation 4 shipment we’ve received has sold out the day they arrived. From the “scheduled” shipments that people learn about and have to sit in chairs for to the occasional one or two separate units we occasionally receive outside of the 15+ shipments sell out within a few hours of us putting them on the shelf. 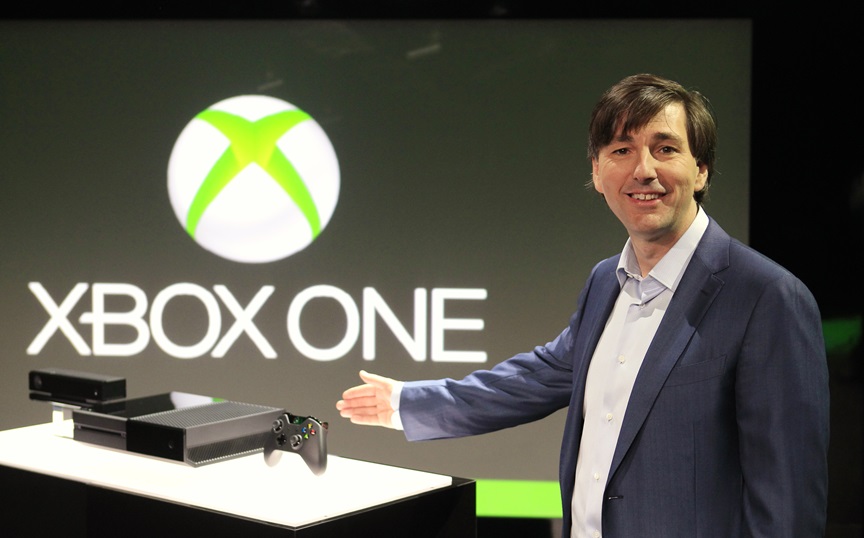 You may not remember the Xbox One reveal fondly, but the ambitious vision that the Xbox One was initially presented with hasn’t shown its face since.

A few days ago I was walking toward the back room and in passing noticed we had two Xbox One’s sitting on the shelf in the Xbox section. I saw it but thought little of it until I walked past the electronics cage in the back room and noticed at least 10 boxes, 20 Xbox One units sitting in inventory. I asked an electronics associate who confirmed that those systems were not being held for a specific date. They were available for sale, and had been there for weeks.Walking to the opposite end of the back room I saw an opened, but taped Xbox One box with a return label on it. The words “Did not like” were scribbled under the “Reason for return” label.

I live in a small town where the 360 has been the dominating console for years among the local gaming community and the casual players. While PS3 was my primary console last generation, my Xbox Live friends list dwarfed my PSN friends list.

But like most people, I noticed a huge shift in how my friends were talking about the console war around E3.

I was working during Sony’s E3 press conference last year, but while I wasn’t watching it, I was getting texts from half a dozen people telling me about what was going on. Excerpts include:

“Anyone who gets an Xbox this gen is either an idiot or complete fanboy.”

These were people who stuck with a 360 throughout the entirety of the last gen. I got on Facebook later to find similar statuses from the majority of the people on my friends list. Sure, there were the Xbox fans who brought up the Assassin’s Creed demo freezing at Sony’s conference, but by and large Sony had won over most of them.

After Microsoft rolled back their initial DRM policies I still never noticed a huge change in this mindset.

Fast forward 5 months later, the Xbox is showing up in our seasonal catalog for Black Friday, and me and my coworkers are sitting around talking about it, as my excitement for the launches was something I reminded them of on a daily basis.

It had been almost half a year since the Xbox One was cleansed of the restrictive features that the public took Microsoft to war over, and yet people still didn’t get that these features were gone.

One of the co-workers expressed his opinion on the Xbox based on the DRM policies that had become associated with the system. Everyone looked to me as if asking for a confirmation as to whether or not they would be able to borrow their friends games or use their system when our abysmal local internet service provider failed them.

I assured them that these “features” were no longer part of the Xbox One and that there was nothing to worry about. Given the negative outcry that came with these policies and have followed the system even after the reversal, I guess it doesn’t surprise me that casual consumers would be aware of the controversy but not Microsoft’s reaction to it.

Since I started writing for SpawnFirst I saw this article and it pretty much confirmed my fears.

This, the sizable amount of systems my place of employment still has in stock, the marked increase in my PSN friends list, and the significant decline in my Xbox Live friends activity all tell me one thing:

The Xbox One is still suffering from an identity crisis. 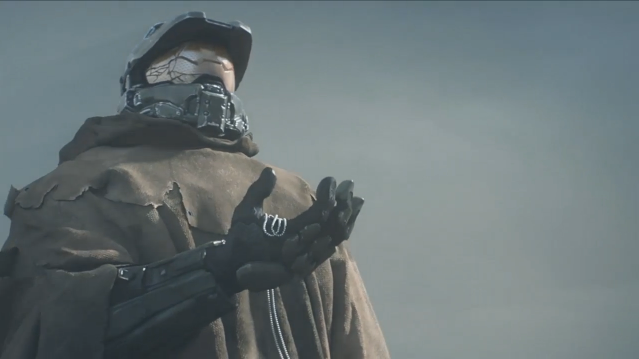 If you told me that this was going to happen back after the console’s initial reveal, or at the end of E3, I would have believed you without a moment of doubt. But now that we’re almost two months into the system’s lifetime and people still don’t know what the hell this thing is, I’m troubled.

As a person who has an internet connection, and buys games new unless I don’t have that option, none of the Xbox’s policies actively had me worried. It wasn’t until the reversal of their policies were followed with a sudden contrived focus on games almost exclusively that I felt any sort of tangible negativity toward the system.

In the past year Sony has made a conscious choice to target gamers. Microsoft may have damaged the Xbox One, not just because of the DRM fiasco, but because they have not kept a consistent message since the system’s reveal.

When both the presentation of the system, and the way the higher-ups at Microsoft talked about the system post-reveal were so scattered and disjointed, it’s not hard to see why the general public is so confused by what the Xbox One is.

Hell, when I was sitting at Wal-mart until midnight to buy the system and my co-workers asked
me what I was waiting on, a conversation followed where I had to help them realize that the Xbox One was not the original Xbox they bought ten years prior.

After the direction of the reveal left so many of the system’s core fanbase in such a state of anger, Sony swooped in like a trained predator and made evident just who’s side they were on: Gamers.

Microsoft saw that Sony’s message was winning over their own fans, realized the Xbox One needed the gamer first, and adjusted accordingly.

The problem isn’t the concentration on what their primary audience wants, it’s that the Xbox One is more than just a games machine. That’s not a bad thing, it’s what distinguished it so profoundly from its competitors.

The DRM reversal needed to happen to save the system, the squandering of what the Xbox One is didn’t.

Going in to 2014 Microsoft should go back to marketing the Xbox One as the “all-in-one” device it is. If they want to differentiate themselves from Sony they need to stick to the E3 format they used to where they did have the features segments that typically weighed down the conference in the eyes of gamers. They need to sell this thing wholesomely.

A video game console that also carries with it the many features of the Xbox One is going to appeal to more people. Finding the fine line between marketing it to the core audience who has supported the brand for over a decade is what Microsoft struggled with in the beginning, and appears to have given up on as of right now.

Even if it merits the eye-roll of some people, the 360 still sold well when presented this way even when the first party support was nearly gone in the last few years of its lifetime.

The Xbox One has many exciting games set for release in 2014. Titanfall, Quantum Break, the continuation of two of their biggest franchises in Halo and Fable. Keep a consistent line of quality games coming out and gamers will come, regardless of whether or not you pander to them.

Everything Microsoft needs to most honestly present the Xbox One for what it is has already been laid out before them. All they need is the fortitude and confidence to actually do it.

Senior Staff Writer Kenneth Shepard is a freelance video game journalist, the first human Spectre and an avid Coca-Cola enthusiast. When he's not sharing his opinion on the internet or saving the galaxy from certain death he enjoys sobbing hysterically over the lives of fictional characters . A student at the University of North Georgia, Kenneth currently writes about games for the University's newspaper.
You might also like
DRM

Cboat Hints at DRM Functionality Still Being Present on Games