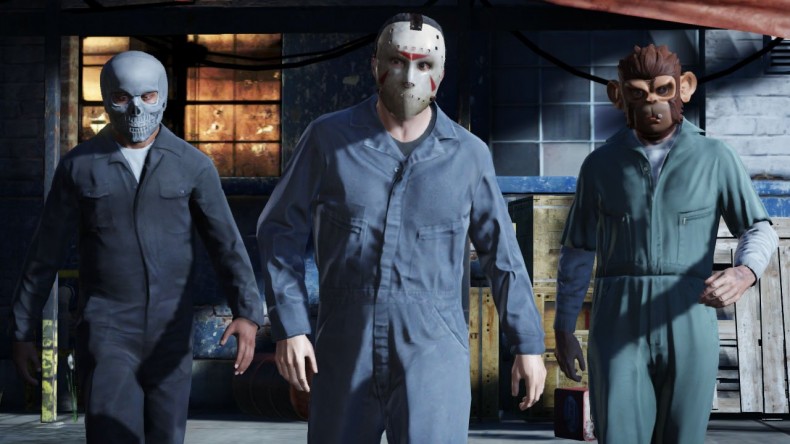 Let the Good Times Roll (Over Some Hookers)

For me, gaming has always been a fond part of my life, even my social life! My close circle of friends always have a tradition for midnight releases: go early to the release, get the game, go to QuikTrip, buy an age-appropriate beverage, go home, drink said age-appropriate beverage, while pulling an all-nighter of the game at my friend’s, and all crash by 4AM (me being the first to crash within 45 minutes of being home).

So without further ado, here’s my experience from the Grand Theft Auto V midnight release. At about 10:05 PM EST, my friends and I reached the Duluth, GA GameStop. Immediately upon arriving, you can see everybody who has been waiting for the release with portable chairs, smoking, and fervently talking about GTA 5 and games in general. In fact, a young man, who was an acquaintance of one of my close friends, said that he’d been waiting at the store since 6 PM. For a few minutes, my friends and I walked around, expecting a single file line to be made outside the store, but a couple of gentleman who were just outside the store doors smoking, mentioned to us that they are grouping up all the pre-orders into groups of five. Upon hearing this, we rushed inside hoping to get in on one of the early groups, as we already had pre-ordered and paid, but ended up being in Group 16, out of at least 20 (that I know off). Upon hearing the bad news, we each grabbed some memorabilia (which was a stack of promo posters stacked by the exit), and proceeded to wait outside, and decided to time sink at the Wal-Mart nearby, and buy some snacks to keep up our energy, as we were getting a little bored.

We wasted a lot of time at Wal-Mart (somehow) and ended up back outside the store doors at around 11:35PM, where one familiar cashier (I see her all the time at that location), was standing on the back of a Nissan Frontier’s truckbed, and began yelling out numbers randomly. Apparently, there was a raffle going on for free copies of the game, and neither my friends or I knew. She did this for about 10 minutes and read out 8 different raffle numbers.

Immediately after the raffle, the crew members began grouping us all around the store entrance based on the group number received earlier, and they, slowly but surely, let groups in and out of the store. Unfortunately, being Group 16, we were one of the last groups allowed into the store, but it gave me a good opportunity to scope out some of the copies being distributed. From what I saw: there was about a 50/50 distribution between GTA 5 PS3 and Xbox 360 copies, with the former being sold slightly more, and I only saw about 3 people total who sprung for the Collector’s Edition.

All in all it was quite an interesting night, and like other midnight events at GameStop and Best Buy, there are always quite a few memorable events to think back on. Fun times. Now…back to the game.

Former Public Relations Director Vernon is a Computer Science major at Southern Polytechnic State University, who has been gaming since as long as he can remember. He plays almost exclusively on the PC, but doesnâ€™t mind playing on consoles once in a while. Vernon also has quite a weakness for Steam sales (just ask his wallet).
You might also like
Grand Theft Auto 5ArticlesOpinion