SlasherJPC Discussion: Are We Ever Going to See a Darksiders 3? 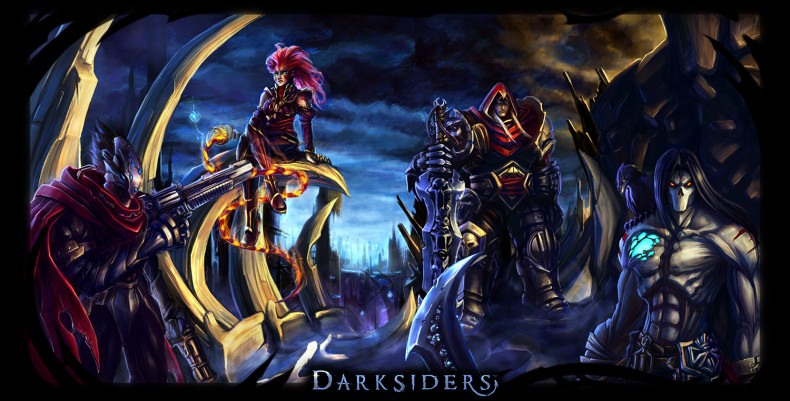 If you’re anything like me, you probably didn’t take to much of a notice when the original Darksiders came out. “Looks pretty cool”, “I’ll check it out someday” were the most common responses heard from people who didn’t try the game. But once I did, the Zelda-meets-God of War gameplay completely absorbed me. The combat, story, and crazy cool graphics all did their part to turn me into a believer, and more importantly, a fan.

Vigil games hit the ball out of the part again when Darksiders 2 came out on August 14th, 2012. This time the game was centered around Death (previous game was all about War), and the refreshing action-RPG elements wove their magic again and invested me in the story and gameplay.

Check out SlasherJPC’s thoughts on whether or not we’ll see a Darksiders 3.

But what about Darksiders 3? Fury and Strife, the remainder of the 4 Horsemen of the Apocalypse, demand to have a sequel in the works. With THQ dissolved and the IP now in Nordic Games’ capable hands, will we ever get the sequel that Darksiders series fans deserve? Only time will tell.

Founder/Consultant Growing up in different countries, Karam has a unique global perspective about gaming. He brings with him that set of eyes and ears that can look at the state of gaming from afar. His gaming loves cover just about every genre, and he is a constant presence on Xbox Live and PSN. Karam is a Systems Administrator by day and lives in Georgia with his wife and three children. By night he transforms into Aye Karamba (Live) or Aaqiloon (PSN), and his virtual aliases live online.
You might also like
darksidersArticlesOpinion