Is Now A Good Time to Own A PlayStation Vita? 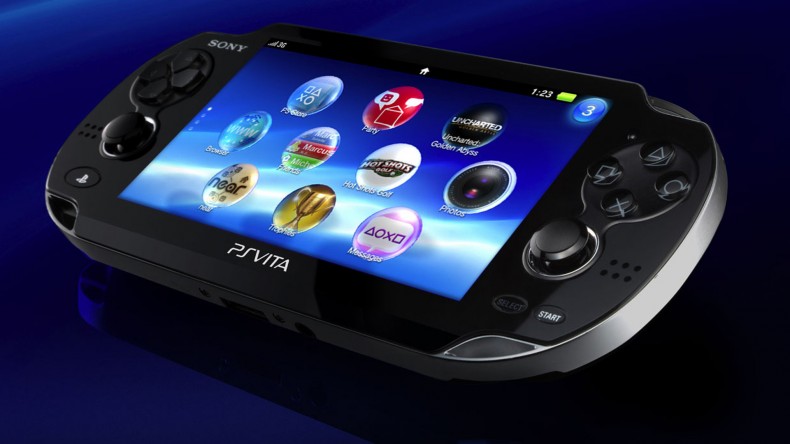 When I was growing up I was a big fan of handhelds, specifically the Game Boy line. There’s something about gaming on a handheld that makes playing games somehow feel like more of a personal, intimate experience. Fast forward several years to the announcement of the PlayStation Vita. I’ll admit I was swept up by the hype and immediately wanted one. The appeal of having the first handheld with twin analogue sticks and the prospect of Remote Play and graphics on par with home consoles was too great to pass up. Come Feb. 22, 2012 I owned one. The eve of the PlayStation Vita’s second birthday has just come and gone, so I thought now would be a good time to take a look back at the ups and downs of the Vita’s life span so far and ask the question “Is now a good time to own a PlayStation Vita?”

Happy birthday to me!

The uptake of the Vita was a slow one, mainly because the price was just too steep for a handheld. There were promises of many great games on the horizon like Bioshock, Call of Duty: Black Ops Declassified and Uncharted: Golden Abyss that made it seem like a must have platform. In reality only one of those games is worth playing, one doesn’t exist yet and the other was just plain terrible (I’m sure you can figure out without me explaining which is which). But now, two years later, there are a plethora of games to choose from that are genuinely worth playing such as Gravity Rush, LittleBigPlanet: PS Vita and Persona 4: Golden, just to name a few. Sony didn’t run an ad campaign stating that ‘PlayStation loves indies’ for nothing; there’s a wealth of indie games available on the Vita that are worth your time too. The fact that the price has come down a bit doesn’t hurt either.

Not only does the Vita have its own extensive back catalogue of games for you to catch up on, but it’s also fully capable of playing digital PSP and PS One games. On top of that there’s also PlayStation Mobile, which is sort of Sony’s answer to Android’s Google Play Store and iOS’ App Store, but it’s not as good. If that isn’t enough for you game hungry folk the introduction of PlayStation Now, hopefully sometime later this year, will bring an even greater selection of games for you to enjoy. Being able to play The Last of Us anywhere and at any time you want as long as you’re by a somewhat decent internet connection is certainly something to think about. The hidden cost of owning a Vita.

There are some downsides to the PS Vita though, largely due to the fact that Sony decided to create a proprietary memory format for the Vita and charge extortionate prices for them on top of the price of the console. Whilst the memory cards have gotten slightly cheaper recently it will still cost you a hefty £40 for a 32GB version. Another thing Vita adopters tend to grumble about is the LiveArea OS. Every application or game you install on the Vita corresponds to one bubble-like icon on the LiveArea. Many find this layout ugly and would prefer an upgrade to something more akin to the PS4’s Orbis OS, which I wouldn’t be opposed to. The main problem with the current Vita OS, other than it’s debatable ugliness, is that you’re only allowed to have one hundred icons at a time. If you reach that limit and try to download something else it will first ask you to delete something. It may not sound like much of a problem, but when you consider that there are quite a few pre-installed apps that you can’t delete, the icons soon mount up.

Sony is really trying to breathe more life into the Vita, especially now that the PS4 has released. Requiring pretty much every game released on the PS4 to be Remote Play compatible is a big step in the right direction to drumming up interest in the Vita. It effectively makes the Vita a much better version of the Wii U GamePad that also has its own catalogue of games and can be played on the go. The release of the PlayStation Vita Slim is further proof that Sony is still committed to the Vita. The future is looking a lot brighter for the PlayStation Vita now with high profile releases like Borderlands 2, the God of War Collection and The Sly Trilogy releasing later this year, as well as PlayStation Now fast approaching and support from indie developers continuing to roll in.

So to answer my original question, yes, I truly believe now is a good time to own a Vita.

Senior Staff Writer Karl has been an avid gamer since the days of the original PlayStation, it's a passion that took ahold of him at a young age and one that never let go. When he isn't playing games he's usually writing about them, or listening to The Killers. Metal Gear Solid is quite possibly his favourite gaming series of all time, having only initially purchased a PlayStation 3 to be able to experience Metal Gear Solid 4.
You might also like
PS VitaArticlesOpinionKarl Dodds