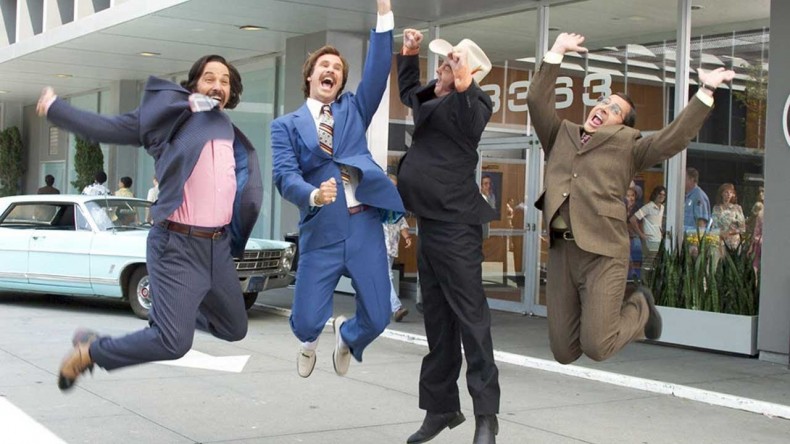 Bring Back the PlayStation Classics!

If youâ€™re anything like me, you probably remember a lot of amazing titles on the first PlayStation and PlayStation 2 that never quite made it onto the PlayStation 3. Colony Wars, Onimusha, Syphon Filter, Crash Bandicoot, Maximo, etc., all classics, but criminally left out from being allowed to have any sequels, or even reboots, on the PS3.

Now that the PlayStation 4 is out in all of its high-definition and power-processing glory, a huge amount of gamers are left wondering if Sony and other game developers will jump at a chance to revitalize these older game series. Look at Ratchet & Clank and Sly Cooper 4 on the PlayStation 3; theyâ€™ve been doing great sales-wise and are critically acclaimed sequels to the originals. If Sony decides to rejuvenate a few other older IPâ€™s, thereâ€™s enough demand out there to guarantee a lot of successful titles sales. 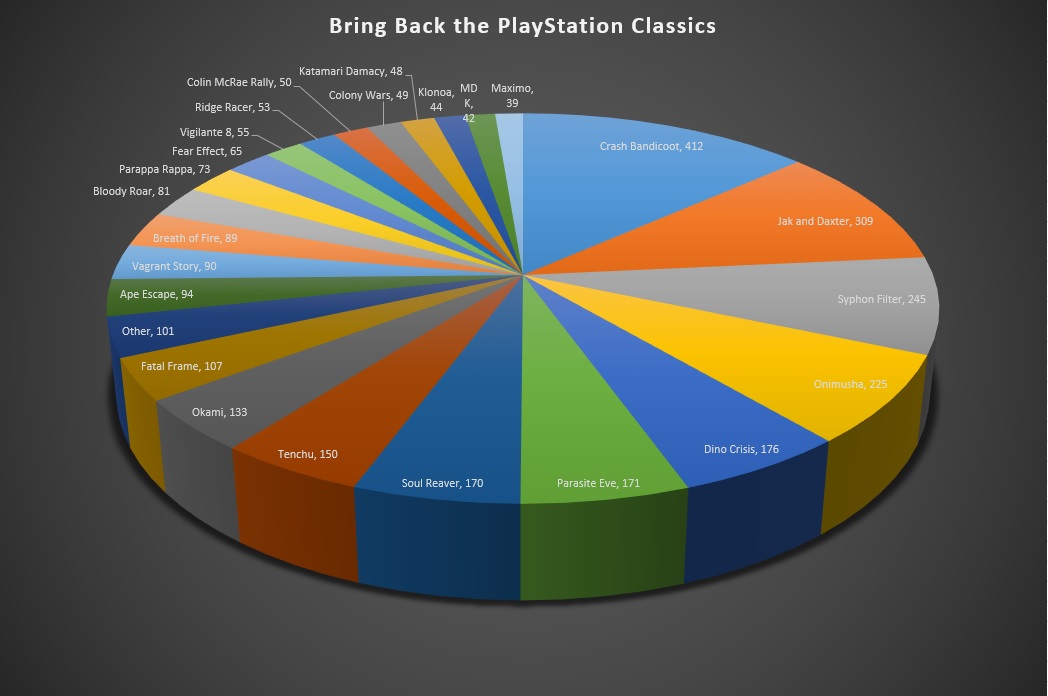 I mean, there are so many IPâ€™s to choose from (and no, we donâ€™t want another rehashed Resident Evil, a sequel to Remember Me, or other â€œmarketing-savvyâ€ titles; we want our classics back), that weâ€™ll still be in the green Â 5-7 years into the consoleâ€™s life with a bevy of titles. 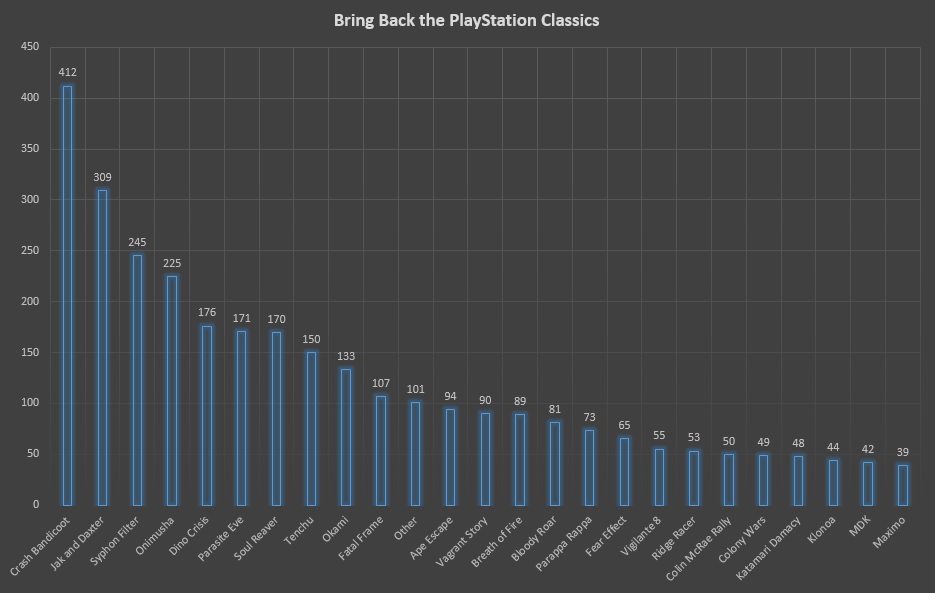 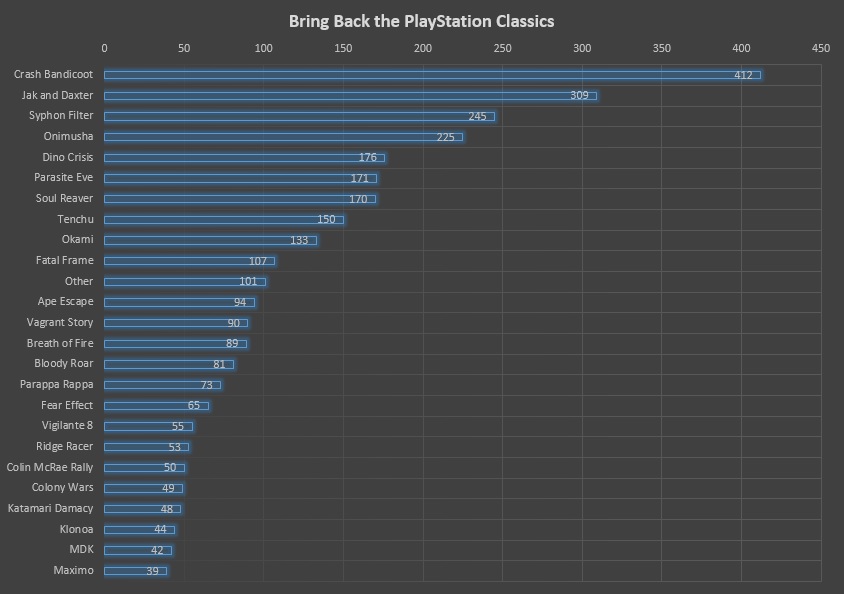 Considering this, we started a poll last month listing out all the PlayStation original and PlayStation 2 classics we could think of that either:

a) Have not had sequels or reboots on the PlayStation 3 (and no, HD remakes donâ€™t count).

b) Have had a title or two on the PS3, but what was there was lackluster and not a true representation of a valid iteration in the series.

Our visitors flocked to the SpawnPoll (with a grand total of 3,071 votes!) and selected their choices on what titles they would like to see brought back to the PlayStation brand of consoles.

(Note: Visitors were allowed to select 5 titles at a time; no less and no more)

While I canâ€™t delve into each and every one of the titles, what I can tell you is that the top ten list of most wanted series that fans want to see return are:

So Sony and other game developers: take note and Bring Back the Classics!

Founder/Consultant Growing up in different countries, Karam has a unique global perspective about gaming. He brings with him that set of eyes and ears that can look at the state of gaming from afar. His gaming loves cover just about every genre, and he is a constant presence on Xbox Live and PSN. Karam is a Systems Administrator by day and lives in Georgia with his wife and three children. By night he transforms into Aye Karamba (Live) or Aaqiloon (PSN), and his virtual aliases live online.
You might also like
crash bandicootArticles