Please Allow Me To Introduce Myself 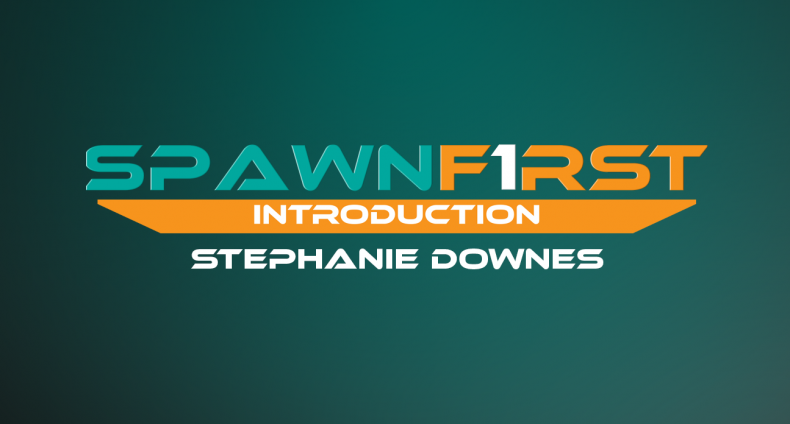 Hello, SpawnFirst readers! My name is Stephanie, or Squirrels as most people know me, and this is my introductory article where I run you through how I game now, how I used to game, things connected in my life to gaming (quite a lot) and generally how to find me.

My gaming journey – for optimum reading experience, open a tag on YouTube and put something atmospheric, like the Twin Peaks theme, on here – started when I was very young, with a Gameboy, a copy of Pokémon Red, and a vitriolic hatred of everyone else my age. Years later, and all that’s left is the vitriol – I’ve journeyed through the three levels of PlayStation and am coveting the fourth as I eat pasta and weep on the floor of my university flat, and I own a laptop that was selected not for the university work that my family seem to think I’m doing, but in fact for the fact that when I am at the Throne of the Elements, my graphics settings mean I can see the Terrokar Forest. I’m not just a gaming nerd, of course – I’m into superheroes and super villains, comics, science-fiction, technology, fantasy, and generally all the trimmings. In all senses, I am a card-carrying nerd and geek, and as such, it’s an honor for me to be here writing for SpawnFirst. As for what I will be writing about – here we get to the crunch – I will be examining social issues within video gaming. For those of you who don’t understand what that means, that means examining the way gender, sexuality, disability, body image and generally equality is treated within the confines of both video games and video game culture. Video games are generally treated as a ‘joke’, even now, and are not subject to the scrutiny under which most forms of media are placed – in order for video games to be taken seriously as a medium, which they very much should be, they must be subject to the same examinations and theoretical analysis that all media are.

I’m going to assume that a few members of the readership have just gone ‘oh dear. Feminism trying to ruin our video games’ and closed the article. I won’t be focusing solely on female representation in video games – and I will damn well be trying to balance it out with a good hard look at male representation – but the point is, no, it isn’t. All media that contains representations of people inherently contains social commentary. You’re just not seeing it because maybe a giant robot of negative stereotyping within society is standing in the way with 104k hit points. It’s understandable. That’s a big robot. I just want to grab the social commentary and drag it to the forefront. Think of it as an honorary tank right now – it’s getting all the aggro so you can look at the big robot – okay, this metaphor went a little south, but bear with me – of negative stereotyping within society and maybe defeat it. Get some shiny shoes of being a human who is connected to their society through their medium of choice. +10 intellect. I’ll move on.

So, hopefully every week, I should be releasing an article examining problematic content, examining the issues within gamer culture, encouraging you guys to think a bit, and of course being a tiny bit sarcastic. I hope you enjoy my articles!

Stephanie is a blogger who is interested in investigating social issues such as feminism and how they affect modern media, in particular video games (which she has a strong passion for!). She also enjoys writing, specifically steampunk and horror.