Polygon’s Review: Are We Overreacting? 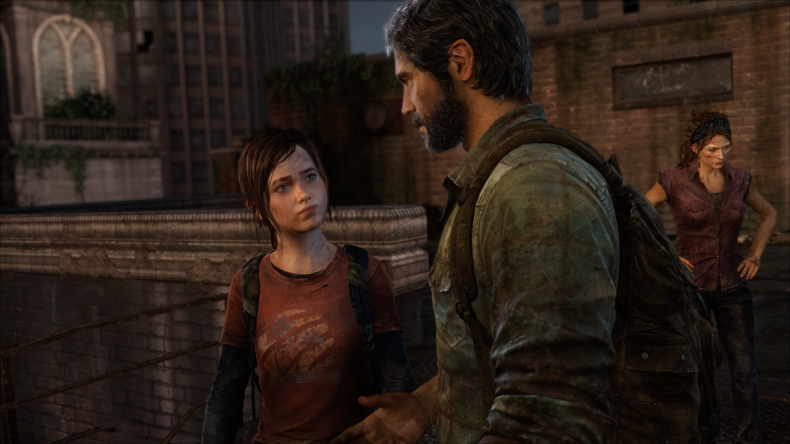 Whether youâ€™re a hardcore gamer or just play on weekends, a PlayStation fanboy or Microsoft die-hard, FPS junkie or RPG cosplayer, thereâ€™s still a very good chance youâ€™ve been swept up in the storm that is The Last of Us. Â The Sony-exclusive is getting reviews that are downright insane: Â At the time of this article, the metacritic score is 96/100 with 57 out of 57 positive reviews (not to mention that 28 of those are perfect scores). Â And even through all that, thereâ€™s really only one review that people are talking about: Polygonâ€™s ranking of a 7.5.

There was an absolute uproar across the internet after the mediocre score was announced. Â People were fighting tooth and nail for an explanation at the review. Â Not only did it score lower than Remember Me (which managed an 8 on the site) and match that of Resident Evil: Revelations, but conspiracy theorists and game enthusiasts alike have begun to contemplate the credibility of the siteâ€™s reviews.

For example, NeoGAF forums had an old thread proclaiming that the site’s documentary, Press Reset: The Story of Polygon,Â was funded by over $750,000 ofâ€”wait for itâ€”Microsoft money. Â Others were also stating that Internet Explorer ads litter the website, and this all seemed like an open-and-shut case.

What exactly, though, is the verdict here? Â That Microsoft paid one single (relatively sheltered) website to start bombing PlayStation-exclusive reviews? Â Considering thereâ€™s virtually nothing to be gained from that, itâ€™s extremely unlikely.

But what about the money that Microsoft invests in the siteâ€”surely that affects the overall bias of the website, right? Â Well, take this with a grain of salt, but Polygonâ€™s ethics statement clearly expresses that:

â€œWe have advertisements on our site, and they are our main source of revenue. Our company has its own advertising team responsible for selling ad space on our site. We do not accept money or other consideration from companies as a condition or incentive to write a review or story, whether favorable or unfavorable, on Polygon. All reviews and other editorial material on the Polygon site are based on our editorial discretion, and not based on the desire of any company, advertiser or PR firm.â€

Yes, this could be a bold-faced lie, but once again; what does a Microsoft-supported site stand to gain from abandoning their code of ethics, just to write an unfavorable review on a competitor’s exclusive videogame?

Perhaps, then, the review is being used as nothing more than to troll everyone looking forward to the game. Â What better way to go viral than to write up a review that decidedly contradicts literally everything else everyone is saying? Â This is the conclusion many people are jumping to, and it is incredibly plausible.

“Okay Ellie, now if they even think about giving us less than a 9.5, I want you to shoot.”

Picture it this way: Â E.T. The Videogame for Atari 2600 was so widely abhorred, it nearly killed the entire videogame industry singlehandedly. Â It was so awful that copies of the game were crushed and buried in a landfill. Â And yes, Iâ€™m serious. Â But, no matter how irreparably toxic the game turned out to be, if some obscure writer had shouted to the public about how it was the greatest game of this generation, heâ€™d start turning some heads. Â And in this day and age, turning heads gets your website hits, and hits gets you an increase of ad revenue. Â That might be an extreme example, but it just makes the point that much clearer; maybe there is something for Polygon to gain here…

There is one other thing that could be going on here, though, but itâ€™s a bold one and probably scares quite a few people out there. Â Maybeâ€”just maybeâ€”somebody genuinely didnâ€™t like The Last of Us as much as others. Â As far fetched as some people might think this is, the age-old mantra of â€˜You canâ€™t please everyoneâ€™ still applies here.

Now before I go talking myself into too big of a hole, just hear me out. Â I review games here at SpawnFirst, and have great pride (and slight discomfort) at the fact that I can influence the purchasing decisions of others. Â As a reviewer, if you conform to the masses when deciding a score just to please everyone, youâ€™ve failed your job. Â On the flip side, if you take the review to heart and honestly feel that a â€˜perfectâ€™ game truly isnâ€™t as great as everyone thinks, or that an â€˜awfulâ€™ game is really quite awesome, then youâ€™d better be prepared for the crapstorm that will inevitably follow.

(EDITORS NOTE: Â I am scheduled to review The Last of Us. Â So… hopefully that goes over better than Polygonâ€™s :))

With that being said, on a technical level, Polygonâ€™s review canâ€™t really be argued. Â First and foremost itâ€™s a subjective opinion, so it really is impossible to be wrong. Â The reviewer, though, still gives a valid defense for all the negative claims he makes. Â In the end, he makes it apparent that he enjoyed playing the game, but there were just issues he had with it. Â Itâ€™s also worth noting that 7.5 isnâ€™t even necessarily a bad score. Â Itâ€™s just… well, itâ€™s just not perfect.

Even though this particular review is just one spoiled egg in a carton with dozens of outstanding ones, the response is still just as outrageous as you might think. Â Jeff Rubenstein, who had formerly worked at PlayStation, was criticized for tweeting:

Per Polygon, TLOU is the worst reviewed game of month thus far. Right.

Polygon isnâ€™t handling the flak theyâ€™ve received much better. Â Theyâ€™ve started to ban members from the site for speaking out against the review. Â If one previously considered Polygon to be taking a stand for free speech by standing beside their unique and heckled review, it seems as if theyâ€™ve immediately flipped stances by condemning others for speaking their minds against it. Â Itâ€™s a conundrum for sure, but thatâ€™s the way the world works.

We probably wonâ€™t ever have a definitive answer. Â Itâ€™ll probably take another week or two for tensions to boil down on Polygonâ€™s review but, as someone who is a (volunteer) game journalist, itâ€™s hard not to respect someone for putting a widely different opinion out there. Unless this is all an elaborate ruse bent on gaining web traffic, in which case itâ€™s a real d*** move.

Iâ€™m just the voice of reason over here. Â Please donâ€™t send your hired guns after me.

1 person likes this
Articles, Opinions
polygonthe last of us

Former Contributor Nolan Alber is a college student from North Dakota. He enjoys rescuing puppies from burning buildings and beating up criminals on the streets, and often lies about his interests to make himself look better. Nolan is an avid gamer on PlayStation 3 and PC. He impulse-buys more video games than he can actually play, and is a fan of shooters and fighting games (even though heâ€™s terrible at the latter).
You might also like
polygonArticles