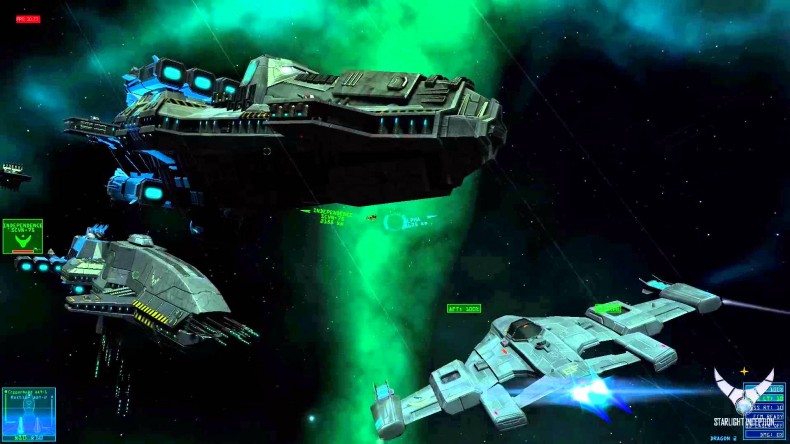 A few days ago, I outlined twelve of the biggest and/or most interesting titles heading to the PlayStation Vita this year (if you happened to miss it, you can view the article here). But if you were afraid that the Vita love in 2014 ended at a mere twelve games, then have no fear; here’s another ten games that are Vita-bound in the next twelve months. 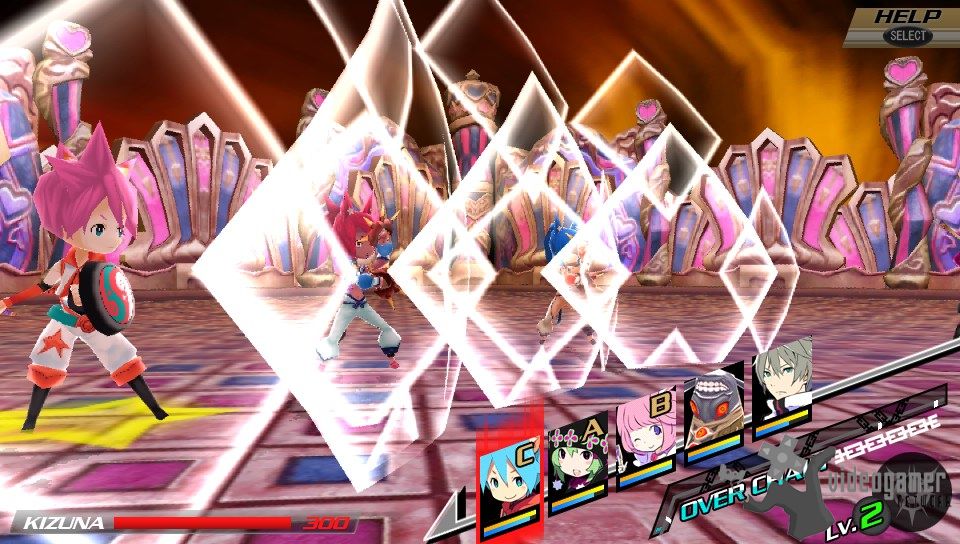 A sequel toÂ Conception: Ore no Kodomo o Undekure!, which – as you’ve probably deduced from the title – has never been translated into English, Conception II: Children of the Seven Stars is a traditional Japanese RPG in the truest sense. Expect turn-based combat and enough grinding to make even the biggest JRPG afficionados pray to Cloud Strife for more frequent save points. Still, if that’s your thing, Conception II: Children of the Seven Stars should keep you busy for hours on end, thanks to a story that developer Spike Chunsoft is twice the size of that of the original. It’ll also be entirely self-contained, so those of us not fluent in Japanese won’t be missing out by having not played the original. 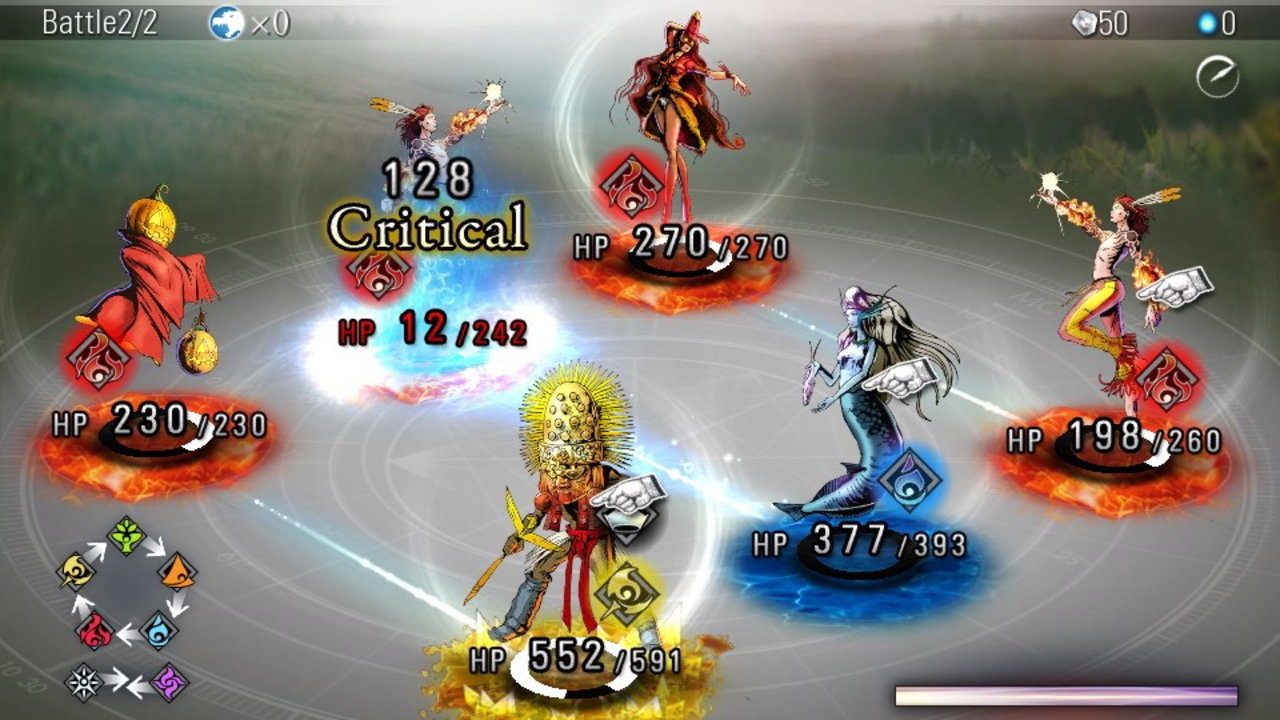 I’m personally not entirely sure what to make of this one.Â Destiny of SpiritsÂ is a free-to-play RPG in which players capture Spirits – each with their own attributes, strengths and weaknesses – and pit them against the captured Spirits of other players because… well, as I said: I’m not entirely sure, as there doesn’t appear to be any kind of narrative tying everything together. Furthermore, the game’s most marketed gimmick of using Near to capture different Spirits depending on your real-life location, strikes me as flimsy considering the reliance on an Internet connection; the number of Vita owners with the 3G model can’t be that high, surely. Still, I’m inclined to remain cautiously optimistic aboutÂ Destiny of Spirits; with sufficient context given to the Spirit battling and a price of entry that should entice all but the most wary of customers to at least take a look,Â Destiny of SpiritsÂ could end up as being the Vita’s sleeper hit of 2014. 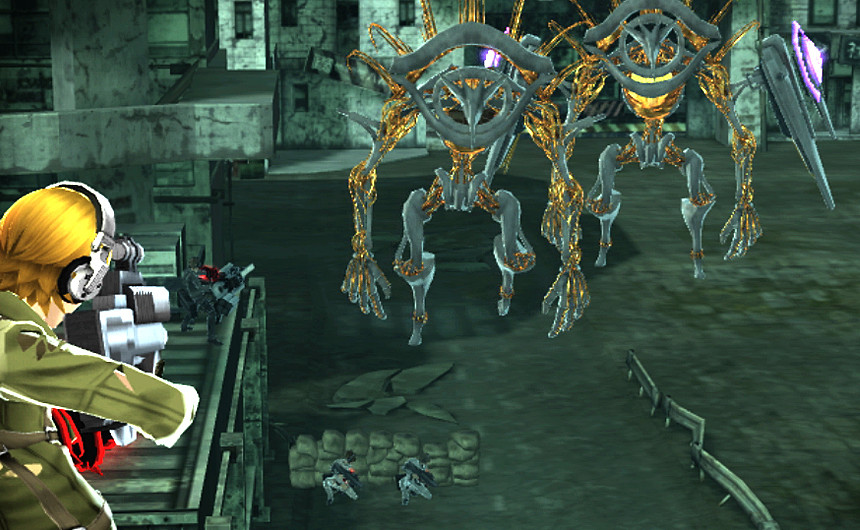 Freedom Wars is the next big Vita-exclusive title coming out of Sony’s Japan Studio. In the yearÂ 102013, the Earth’s surface has become completely inhospitable; humans are now confined to underground cities calledÂ Panopticons, where they research ways to return to the surface. As you’d expect, overpopulation is a major concern, and so all criminals – no matter how trivial the crimes for which they were convicted – are given life sentences and banished to battle against enormous monsters named Abductors. With cooperative and competitive play supporting up to eight players, some as yet unspecified Near features, a nifty Lost Planet-esque grappling tool and more than a faint whiff of Monster Hunter about it, Freedom Wars looks like it’s shaping up to be a game that will proudly sit alongside the likes of Soul Sacrifice, Tearaway and Gravity Rush as a reason to invest in Sony’s powerhouse portable (have you noticed I use that term a lot? I’m contemplating trademarking it). 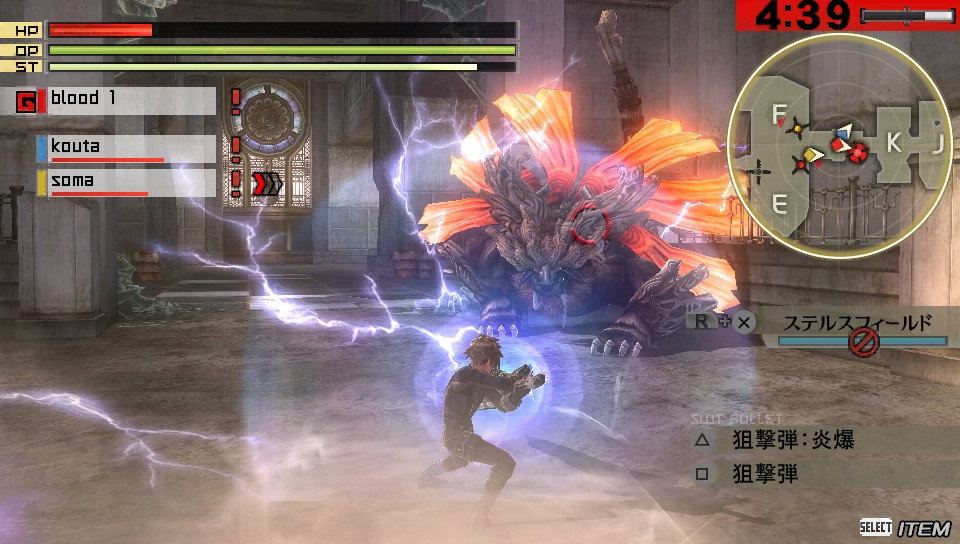 Sequel to the hit PSP-exclusive Japanese action RPG, God Eater (or Gods Eater Burst in the West), God Eater 2 retains the same mission-based gameplay as its predecessor, this time within a new setting and with new evils to confront. Up to four players can work together as members of Special Forces “Blood” sent to investigate a pandemic caused by something called Red Rain. Honestly, the plot sounds like utter nonsense, but God Eater 2 boasts a ridiculous amount of character customisation – hair colours, hairstyles, voices, stances, faces, skin and clothing can all be tinkered with – and a wealth of melee, ranged and shield weaponry to let loose with. The Vita’s no stranger to fast and frenetic mission-based RPG’s, but God Eater 2 is primed and ready to take on the likes of Freedom Wars, Soul Sacrifice and Ragnarok Odyssey at their own game while providing enough visual distinction and character moulding to make it stand out amongst its peers in the genre. 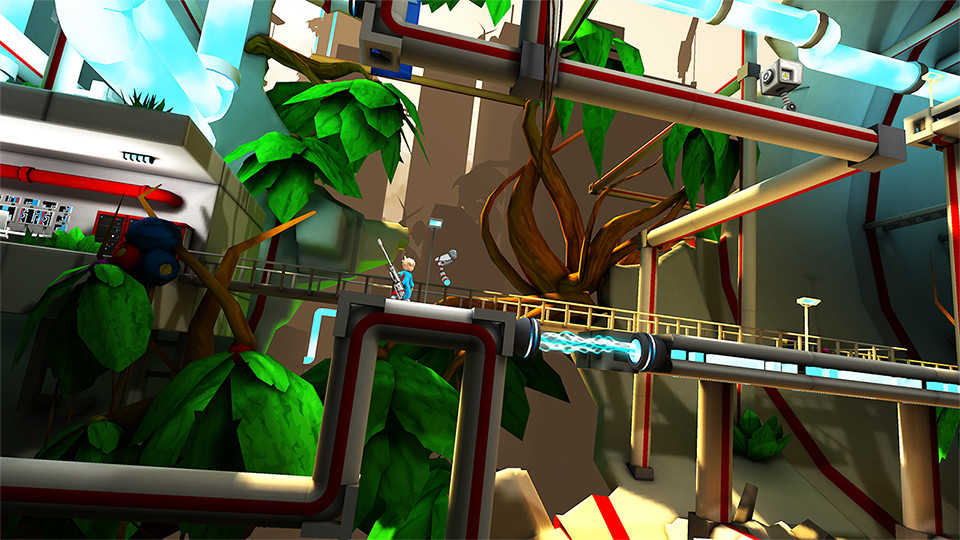 Described as “an easygoing platform adventure” by developer Jaywalkers Interactice, I have a sneaking suspicion that Kick & Fennick will be the next 2D platformer – like Guacamelee!, Stealth Inc.: A Clone in the Dark, Dokuro, Rayman Legends and countless others before it – to grab hold of me by the d-pad and refuse to release its grip until I’ve wrung it dry. After waking up in a futuristic and desolate world, young boy Kick is saved from certain doom at the mechanical hands of a vicious guard robot by Fennick, a small robot whose battery is damaged in the process. With the guard robot hot on their trail, the duo set off to find the Core Tower and hopefully procure a replacement battery for Fennick. With a charming – and technically impressive, for an indie game – aesthetic, some tried and tested platforming tropes such as magnets, teleporters and bounce pads, along with an interesting gameplay mechanic that allows Kick to use his gun’s recoil to perform massive leaps, Kick & Fennick is one Vita exclusive you should be itching to get your hands on. 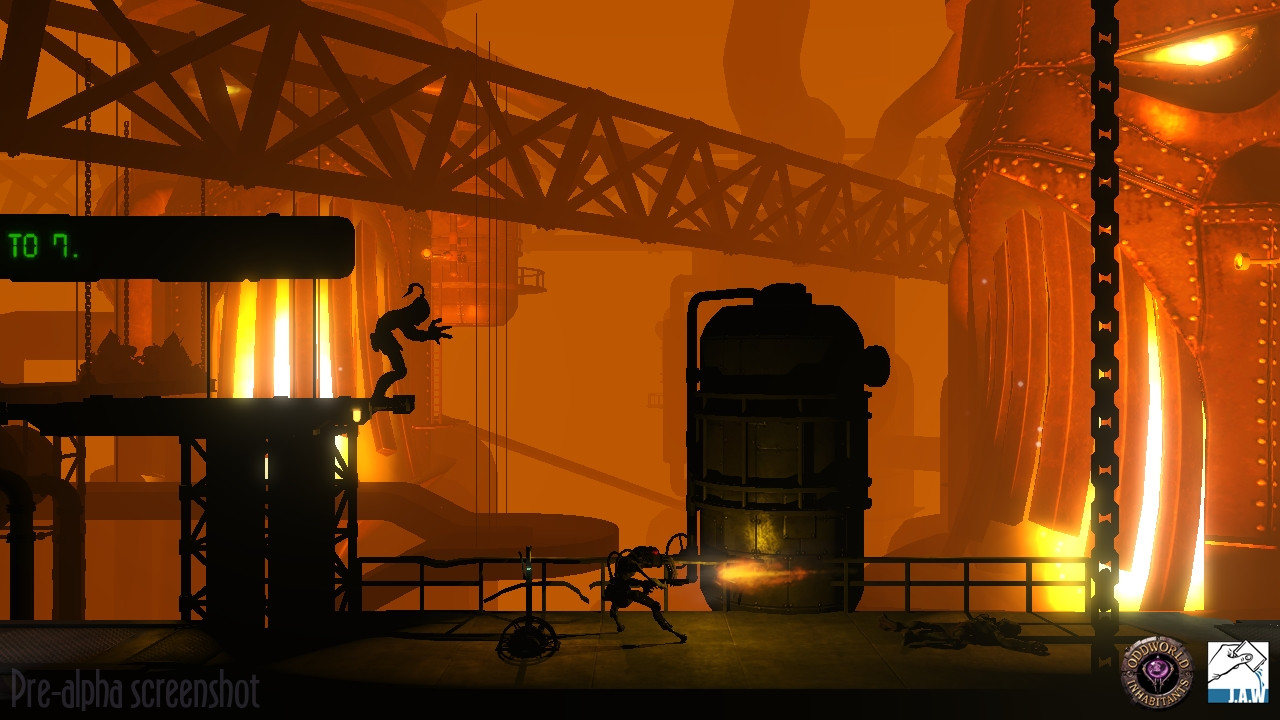 Oddworld is one of those series of games that all but disappeared in the last few years; only a couple of HD remakes – Stranger’s Wrath and Munch’s Oddysee – have kept it afloat since the original release ofÂ Stranger’s WrathÂ on Xbox in 2005. While Oddworld Inhabitants haven’t exactly been forthcoming in getting Abe and co. back into the public eye in an all new adventure, they’re quite happy to re-release yet another game in the series, this time going all the way back to Oddworld‘s debut game: the PSOne classic, Abe’s Oddysee. Going by the moniker of New ‘n’ Tasty! and developed by Just Add Water – who are no strangers to Oddworld – this new release isn’t a mere HD remastering, but is rather being built from the ground up with 3D graphics while using Abe’s Oddysee as a template. So it’s kind of a new game, but also kind of not. Regardless, New ‘n’ Tasty! looks absolutely gorgeous and if it performs well and spurs Oddworld Inhabitants to revive the series proper, I’ll happily tolerate the fact that it’s retreading old ground. 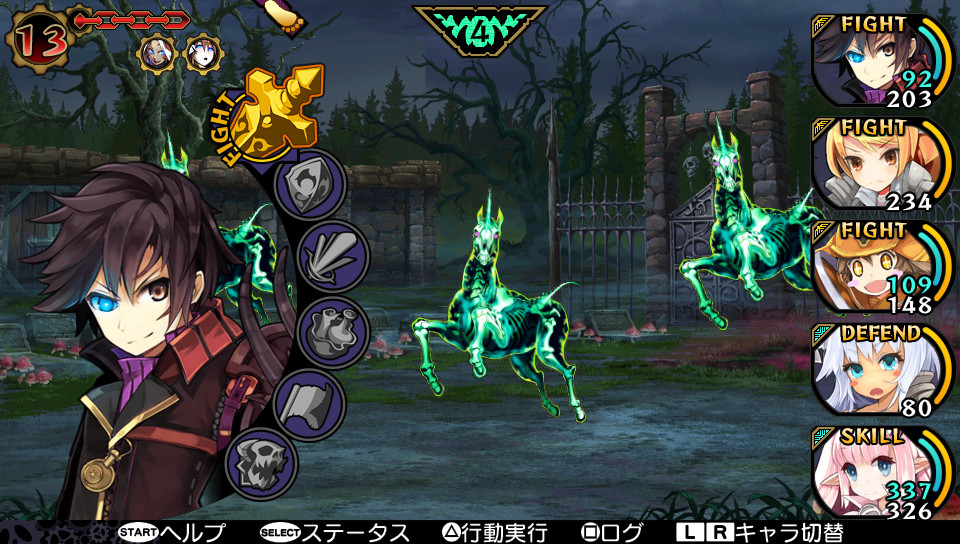 Another 2014 Vita release, another JRPG. Hardly surprising really, given the PSP’s reputation as a host to a superb library of top quality portable JRPG’s. Demon Gaze is classic dungeon-crawling fare, in which players take control of Oz, a mysterious young man whose magic eye grants him the power to seal demons (by gazing at them, presumably, given the game’s title). By embarking on adventures through a variety of dungeons, Oz can battle said demons, capture them and later call upon them in future battles. Players will also be able to create custom secondary characters to join Oz on his quests, with seven character classes and five races to choose from. Gameplay is split between traversing dungeons and spending time – and building relationships – with NPC’s at the Dragon Princess inn. It all sounds very much like Persona and with comparisons like that, Demon Gaze is definitely a game to keep an eye on. 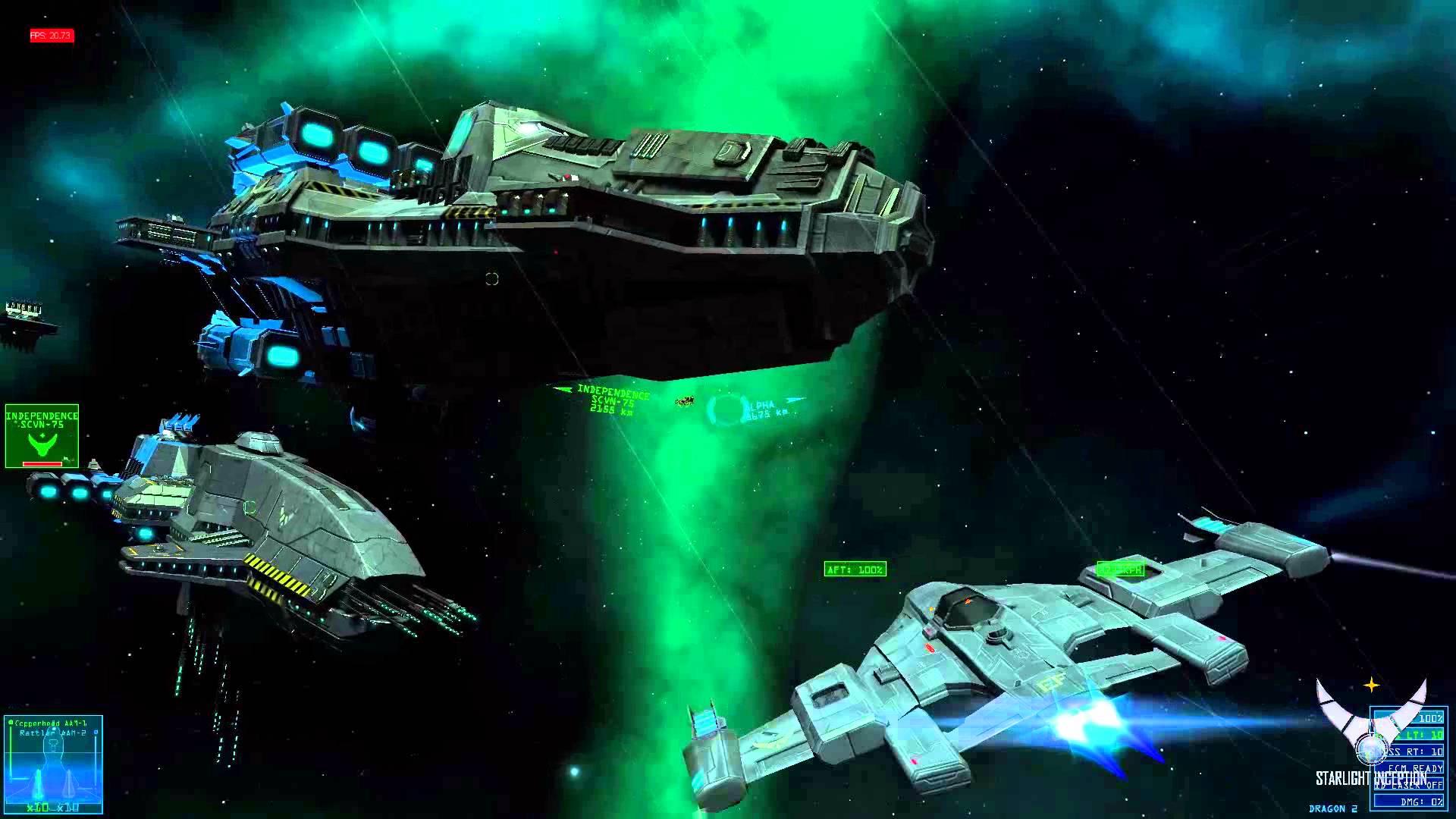 Probably the most technically ambitious title on this list and described as a realistic and relevant first-/third-person free-roaming space shooter by indie developer Escape Hatch Entertainment, Starlight Inception puts you in the boots of a young space fighter pilot assigned to the star carrier USF Independence. From here, you’ll be deployed to various skirmishes throughout the solar system in the midst of World War IV. Escape Hatch is promising exhilarating aerial combat both in the depths of space and on the surface of planets and moons, interplanetary exploration and fast-paced multiplayer dogfights. Starlight Inception recently missed its initial release window of December 2013, but hopefully we won’t have to wait too much longer. 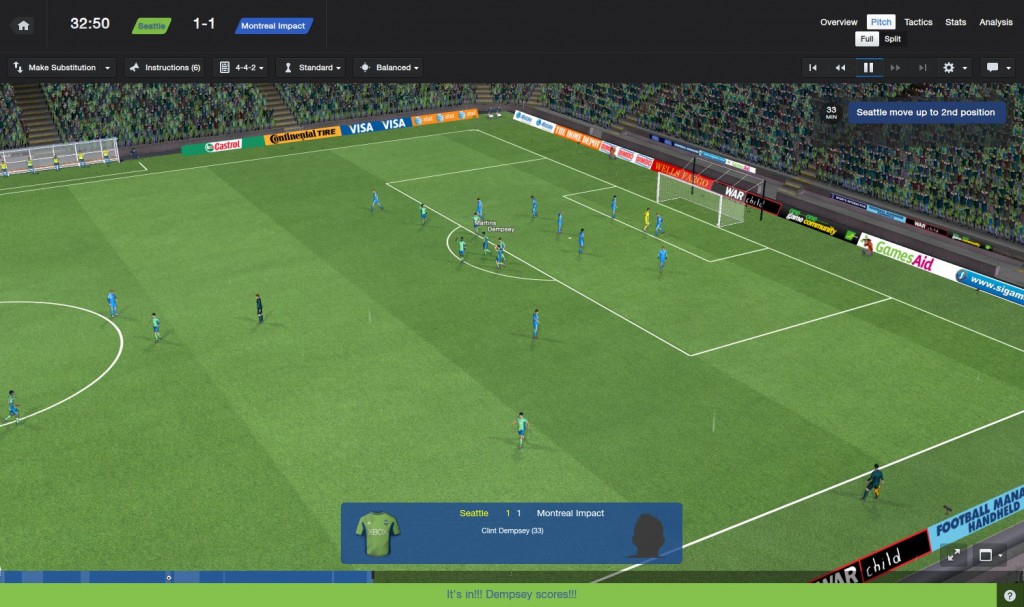 I personally find absolutely no joy in watching twenty two grown men running around, kicking a ball and occasionally feigning an injury by diving with such questionable acting ability that evenÂ Tommy Wiseau would raise an eyebrow (or he would if it weren’t for the plastic surgery). Nonetheless, football – or soccer, if your version of football involves helmets, padding and rules that see foot-on-ball contact remain almost nonexistent – games are immensely popular around the world; the same can be said for football management sims, none more so than Football Manager. This year, Sega and Sports Interactive will, with Football Manager Classic 2014, aim to bring all the number-crunching, hiring and firing and “excitement” of the highly revered series to the Vita. You’re either looking forward to this or you’re not, frankly, but if managing a team of overpaid metrosexuals is your thing, the ability to do so wherever you are should make Football Manager Classic 2014 worth a purchase. 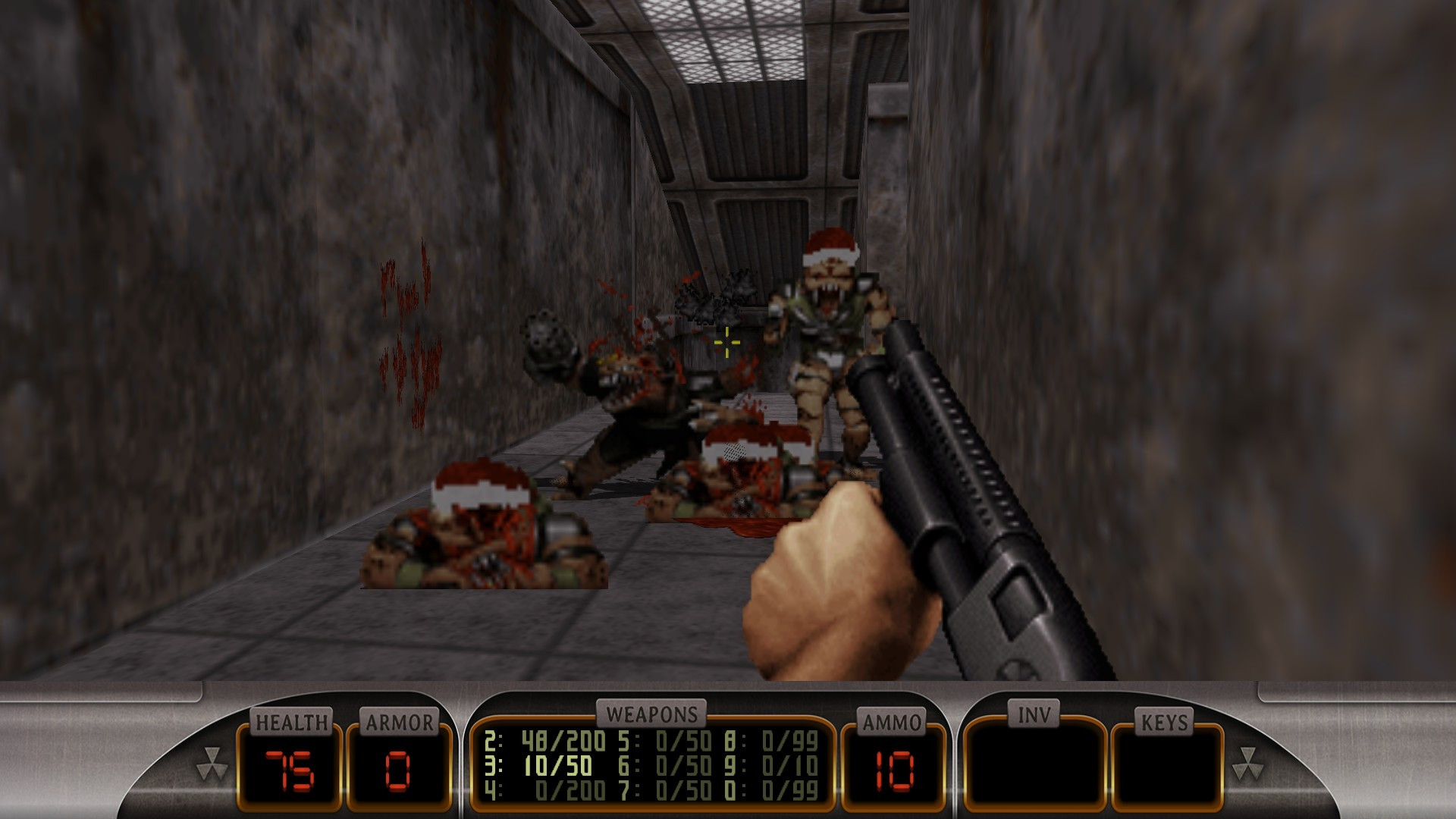 I adore Duke Nukem 3D; it’s on my list of my favourite things ever, sitting alongside my wife and popping bubble wrap. In March last year, the Megaton Edition was released on Steam, collecting Duke Nukem 3D: Atomic Edition, Duke Caribbean: Life’s a Beach, Duke It Out in D.C. and Duke: Nuclear Winter into one massive package of sunglasses-wearing, alien-slaughtering, gum-chewing, ass-kicking, wise-cracking, pop-culture-referential AWESOMENESS. Now it’s coming to Vita, too, courtesy of Abstraction Games; most recently tasked with bringing Hotline Miami to the handheld. In the absence of any new FPS’s for the Vita, Duke Nukem 3D: Megaton Edition should do nicely and at the very least will provide an impressive amount of content to plow through.

Of course, the twenty two titles I’ve listed in these articles are just the tip of the iceberg when it comes to Vita games being released in 2014. From AAA blockbusters to quirky indie games and everything in between, the Vita will have something to offer players of all tastes this year and with annual trade shows such was E3 and Tokyo Games Show still to come, who knows what Sony has up its sleeve?

Former Staff Writer Mark hails from Cardiff in the UK and his interests include videogames (obviously), Marvel Comics and playing Pathfinder with his wife. Yeah, his wife. You WISH your wife was that much of a nerd. He also has an unhealthy obsession with Sonic the Hedgehog, which has resulted in him listening to the Sonic Generations soundtrack on a loop since he bought it. He no longer has any neighbours.
You might also like
Demon Gaze