PS4 Too Expensive Compared to the Xbox One 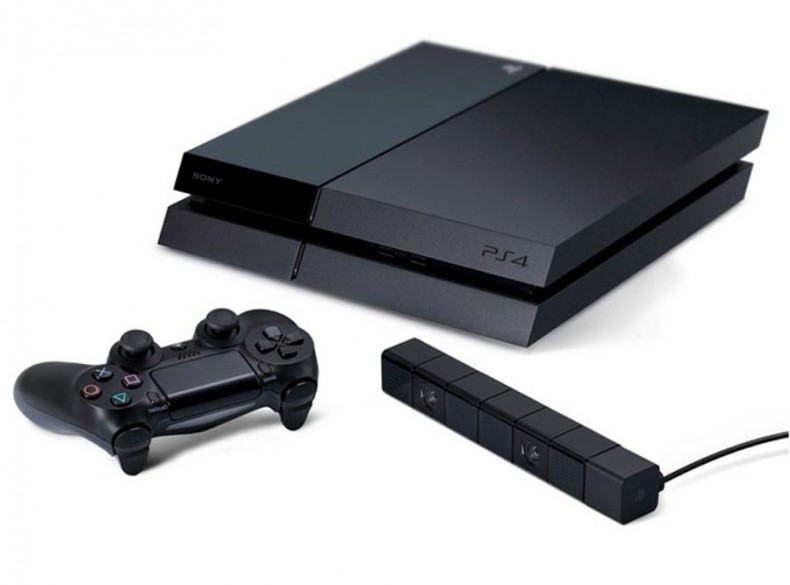 You didnâ€™t read that wrong. The PS4 is hundreds of dollars more expensive than the Xbox One in some South American countries. The most shocking of them is Brazil. While U.S. gamers bickering back and forth about the USD $100.00 difference, gamers in Brazil are most likely going to opt for the Xbox One. Instead of a USD $100.00 difference, itâ€™s about USD $850.00 between the two with Xbox One being the less expensive console.

Before taxes the system is only about R$858.00, after taxes (which includes ICMS state taxes, IPI taxes, import tax, etc.) and the retailer margin, the system comes out to a nice R$3999.99 suggested retail price. In USD thatâ€™s about $1849.00 in comparison to the Xbox One which will be available for about USD $1008.00. That is to say that you could purchase both systems in the U.S for the price of one in Brazil. 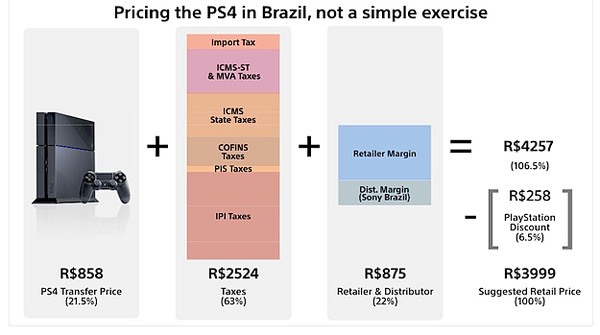 Which then begs the question: would it be cheaper to fly to the U.S, buy a PS4, and then fly home? It would take some careful planning, but I found myself a 5-day-stay round trip for $1100 to Houston, Texas. Throw in the USD$399.99 console and Iâ€™m only at USD$1499.99. Â Adding in taxes youâ€™d probably break even, BUT you would also get a mini-vacation.

In Argentina, gamers will see a similar, steep price tag of USD $1000.00 for either PS4 or Xbox One. Sony had this to say to their faithful gamers:

Well I’ll say! Did you see the flak that Microsoft got in the U.S for a measly (in comparison) $100.00 difference from the PS4!? It is good to hear that Sony recognizes this as an issue and wishes to bring a reasonable price for their customers. First step to solving a problem is recognizing there is one and Sony is doing just that.

So while you wait for your November 15th release date for the PS4 you already ordered or the November 22nd for the Xbox One, just remember that in Brazil: they’re saving up months of paychecks to buy one of the consoles.

Versus Mode Co-Host/Creative Co-Director Chris is ridiculous. True story: instead of paying rent one month he bought a Nintendo 3DS. Being a fan of all gaming platforms is tough on his wallet, but he's a gamer on a budget. He plays his PS Vita or 3DS while on the train to/from work and his Xbox 360 or Wii U when at home. He won his university's Video Game Olympics competition back in April of 2012 and mentions it whenever he can in conversation. His other interests include comedy, surviving Chicago, and hangin' out with his pup, Theta.
You might also like
Brazil