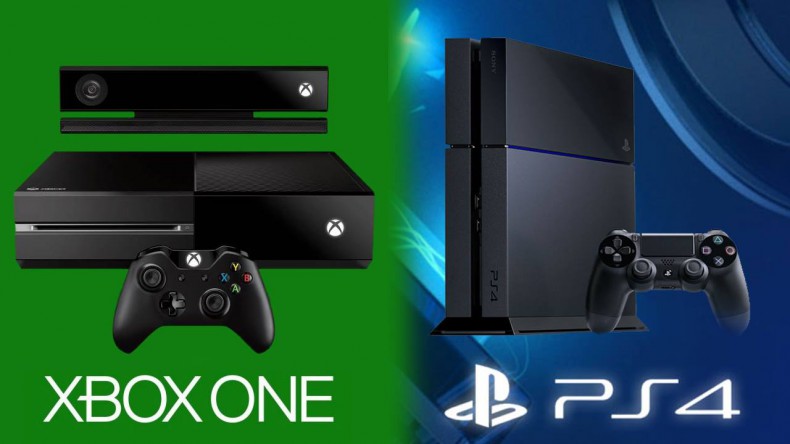 Yes, we all know the last console generation lasted an absurdly long time and new consoles couldn’t come soon enough. The question being posed here, is were both the PS4 and Xbox One actually ready for launch when we got them? Once again, we decided to pose this question to the staff at SpawnFirst and some of us weighed in: The question ‘were the PS4 and Xbox One rushed to market?’ is an easy one to answer. Yes, they were. I first suspected something was up when Sony didn’t even show what the console looked like during their reveal. Then the Xbox One came along with it’s absurd policies that were swiftly vetoed by the community. This culminated in both Sony and Microsoft only having a matter of months to finalise their console design and reverse their absurd policies, respectively, before launch.

There are still numerous functions that Sony have yet to incorporate on the PS4 that were showcased before launch. For instance, what happened to being able to take full control of a friends game to help them get through a section they were stuck at? Nothing has been said about this since last year. Then there’s the ‘sleep’ function that’s nowhere to be seen. I fail to see what’s so difficult about implementing that when the PS Vita can do it with ease, a much less powerful machine.

Then came the delays. With Watch Dogs and Driveclub bumped from launch and lacklustre exclusives like Killzone: Shadowfall and Ryse: Son of Rome available on day one, it didn’t really seem worth owning either console at launch (even though I still got a PS4 at launch, yes I’m a hypocrite). It seems to me that Sony and Microsoft were too worried about being the first out of the gate this generation (Nintendo notwithstanding) that everything else just fell to the wayside.

There’s been so much flip-flopping around already this generation (looking at you Microsoft and your ‘we’ll never sell the Xbox One without Kinect policy’). I can’t help but feel that both consoles would have benefited from a few more months in the oven. Of course, it’s nice to have them in our possession right now but if waiting another half a year meant having more games and features at launch then I would have been okay with that. Absolutely. We knew all of the new consoles (Wii U, PS4, Xbox One) were in the works for quite awhile before we got any details. Once Nintendo announced the Wii U, the company started to receive a lot of attention… even if it was bad press, it was still press.

This started a push from Sony to announce the PS4, and Microsoft quickly followed with the Xbox One.
Here’s the thing: Gamers are crying for innovation at every turn, saying that the gaming market isn’t what it used to be, the consoles aren’t as good anymore. Nintendo has changed almost every generation. SNES to N64 was 3D, N64 to GameCube was disc, GameCube to Wii was motion control, and Wii to Wii U was HD graphics, a tablet playing style, and the introduction of 4v1 games. As far as Sony and Microsoft go, we received HD graphics upon the last generation, and the current gen seems to be just a bit of a hardware upgrade. Isn’t that what PC gaming is for? I’m not saying gamers actually want innovation, I happen to agree with many who are starting to say that is the opposite of what the masses want. The masses want comfort. Even though we change almost every day, humans are terrified of it.

I’m all for amazing graphics, but I feel that the companies have let us down in the innovation department. I’m not blowing $400 on a console that is barely an upgrade from my current one. When Microsoft stops releasing Halo games on the 360, I’ll switch over to the Xbox One. Until then I’m content to keep my previous gen consoles as main consoles. I absolutely believe the PS4 and Xbox One were rushed to market. They kind of had to be though. With software sales waning in the last few years, it was clear that console gamers were ready for something new and with the rise in PC gaming, the tablet market and such, both Sony and Microsoft most likely felt that they had to get the next generation started as soon as possible. With 7 and 8 year console cycles respectively, who can really blame them?

Don’t get me wrong, both consoles are vast improvements in some areas over their predecessors; better UI for both, being able to suspend games when opening other apps, streaming, sharing, better graphics – there is a ton to appreciate. My only real issue with this is that for me, I feel like the PS4 and Xbox One should have started, out of box on day one, at the very least where their predecessors left off in terms of features and media capabilities. Here we are, 8 months into the cycle, and we still can’t stream via DLNA on either console or use external harddrives for media on the PS4. Some would say this was a move to shoehorn in both platform holder’s respective media services rather than people using their own means, but I don’t entirely buy that. Those services both existed on the previous platforms and these capabilities still existed and were used quite frequently.

It’s obvious these features are popular and not having these ready to go in the out of the box firmware is telling. To me, it says that they wanted a core functioning machine in people’s hands by Holiday 2014: games consoles. And as such, they succeeded. Both consoles definitely played video games right out of the box. However, in this day and age, we have come to expect our machines to do much more. Microsoft has been making strides in this department, adding functionality with each update. Granted, some of the things being updated should have been there from the start, like storage management, or a battery level indicator, but hey, this is progress, right?

This is also why I still have my PS3 taking up valuable real estate on my entertainment center. I still use it to watch HBO Go and my digital movie collection. When the day finally comes when the PS4 catches up to the PS3’s media capabilities, I will be moving my PS3 into another room to be relegated to being something used in bed, once in a while, like I originally intended before I got the PS4.

So these are our thoughts, what are yours? Do you feel like the pressure to release new consoles meant the ones we have were rushed out the door? Let us know in the comments!

Sean is a semi-retired hardcore kid, semi-grown up and transplanted from his original home of New York to Los Angeles. A lover and critic of movies, music and video games, Sean is always quick with an opinion, a heaping dose of snark, and a healthy dose of pragmatism. PSN & Live Gamertag: N2NOther
You might also like
Killzone: Shadow FallArticlesFeatures