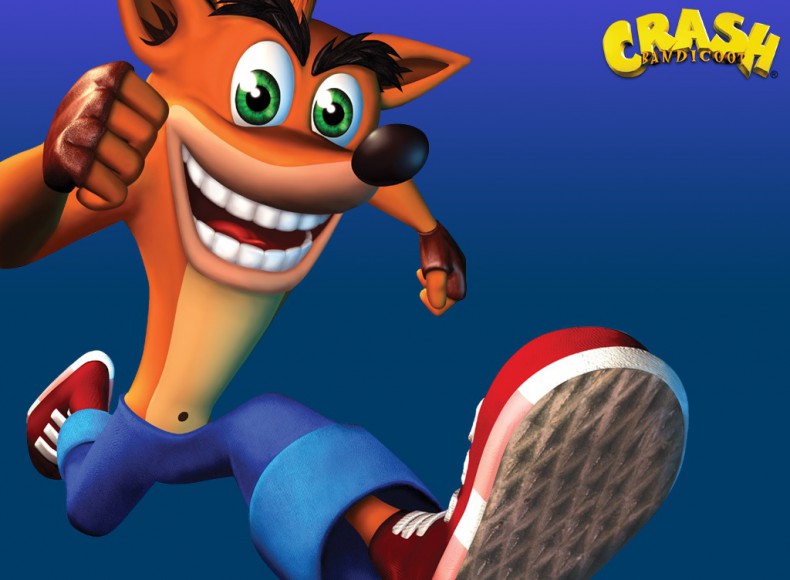 When we pick games for ‘Where’s My Sequel?!’, we generally try and stick with titles that never received a sequel at all, or franchises that have been dormant for more than 10 years. I took the initiative to forgo those rules for this entry because Crash Bandicoot is a series that I grew up playing and one I’ve loved for as long as I can remember. It’s been six years since the last main entry in the Crash Bandicoot series. That’s six years too long. Naughty Dog gave life to Crash back in 1996 and went on to make a total of four games in the series before moving on to other projects. Those four games are arguably the best Crash games. I still go back to the original trilogy, as well as Crash Team Racing, every now and again. They are games that provide countless hours of fun regardless of how many hours you’ve put into them. That’s the mark of a good platforming game; hell, that’s the mark of any good game. The Spyro and Rayman franchises offer a similar level of simple, accessible fun.

As fun as the Crash games are, I never really got into the lore of the series. Sure, I know Dr. Neo Cortex is a bad guy with an army of goons that Crash Bandicoot needs to stop from achieving world domination, but the story doesn’t really matter; just being part of the world and interacting with the characters is enough. The main aspect of the game is to go from point A to point B and collect as much wumpa fruit as you can along the way. It’s simplicity in that regard is what makes it so accessible, much like the Mario games.

Right now it’s unclear who owns the rights to the Crash Bandicoot series. You might remember that PS4 launch video that had a Crash easter egg in the background. Since that image surfaced rumors have been running rampant of a Crash revival and people are theorizing that Sony bought back the license from Activision. On top of all of this, a few days ago more rumors surfaced to suggest that Sony was planning on announcing two games at E3 that would please and shock both old and new gamers. Naughty Dog have also confirmed this week that they are currently working on four projects. Two of those are The Last of Us Remastered  and Uncharted 4, but could the other two be The Last of Us 2, and a Crash Bandicoot reboot? We can only hope. If nothing comes of this, then Sony and myself need to have words.

So if these rumors have any weight behind them, the best case scenario we can hope for is Sony reclaiming ownership of the Crash series and putting Naughty Dog back at the helm. If it’s not Naughty Dog then at least a team willing to take the franchise back to its roots—and ditch the stupid tattoos.

I did play a few of the PS2 Crash games, but none of them had the lasting appeal that the original trilogy had. Maybe we should just let sleeping Bandicoots lie. The franchise hasn’t been touched for six years, mobile releases aside, and the Crash name was starting to take some flak as the more recent releases didn’t quite do the name justice. If we go back down that rabbit hole are we just setting ourselves up for disappointment? Nostalgia is a hell of a thing.

With the right team at the reins, a team that realizes the character of Crash should be just the right amount of goofy, not outright dumb, then I believe that a modern Crash Bandicoot game could be a good thing. As a Sony exclusive it would be a massive blow to Microsoft, if it’s handled right.

Hopefully us Crash Bandicoot fans will get some good news at E3.

Senior Staff Writer Karl has been an avid gamer since the days of the original PlayStation, it's a passion that took ahold of him at a young age and one that never let go. When he isn't playing games he's usually writing about them, or listening to The Killers. Metal Gear Solid is quite possibly his favourite gaming series of all time, having only initially purchased a PlayStation 3 to be able to experience Metal Gear Solid 4.
You might also like
crash bandicootArticlesFeaturesKarl Dodds