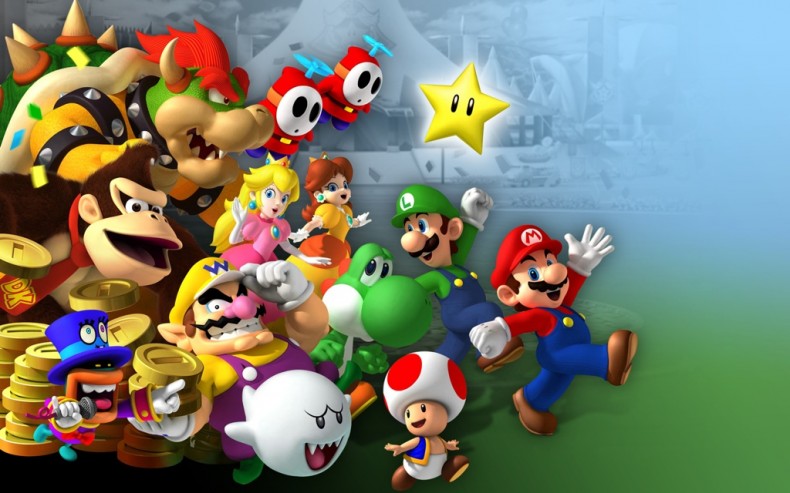 Nintendo: Y U No Luv Me?

Hi there Nintendo, itâ€™s your old friend Brian. Now I know that youâ€™re a little sour with me because I havenâ€™t gotten a Wii U yet, but don’t worry: I donâ€™t intend on breaking my streak of owning every Nintendo console since the N64. Why havenâ€™t I gotten it yet, you ask? Well, my old friend, allow me to explain.

Sing along, I KNOW you know the words

As with most gamers, one of my biggest issues with the Wii U is the lack of games for it. Now Iâ€™m not talking about 3rd party games, because, and I mean no disrespect, when I buy a Nintendo console, Iâ€™m not really there for the 3rd party games. I buy Nintendo for your amazing exclusives; I buy for Mario, Link, Donkey Kong, Samus, and Fox. However, my dear friend, you haven’t been giving me what Iâ€™ve been looking for. Some of my best memories from my childhood revolve around the N64 and the Gamecube. The number of hours that I have spent playing your first party games like Star Fox 64 and Mario Golf are mind blowing to say the least. It saddens me that, in recent years, there have been less and less of these console games that make Nintendo great.

Now, Iâ€™m going to drop a few numbers on you:

Now I know what youâ€™re probably saying to yourself: â€œBrian, we released a bunch of these on the 3DS!â€ As a 3DS owner, I thank you Nintendo, I really do, but you got to give the Wii U some love too! I hate to say it, but youâ€™re losing this console race to 2 systems THAT HAVENâ€™T BEEN RELEASED YET. Let that sink in for a second.

Now I will say that, all though it has been a year since the Wii U launched, you have been making some moves in luring people into buying the console. Pikmin 3 was a huge hit, and moved 22,000 Wii Uâ€™s off the shelf in Japan the week of its release. Wonderful 101 has also been getting solid reviews, providing a unique brawler for the system. With Super Mario 3D World, Legend of Zelda: The Wind Waker HD, and Super Smash Bros. Wii U (a.k.a. the game that will make me buy the Wii U) on the horizon, the Wii U will make some waves, but will it be enough?

So Nintendo, please take my advice and revive these old, neglected series, or better yet, CREATE NEW ONES. You know you’re getting desperate for new characters when you add the Wii Fit Trainer to the roster for Super Smash Brothers, right? I love you Nintendo, and I will never forget the great times Iâ€™ve had playing your games, but I want those good times to last. So please, from the bottom of my heart: get your shit together and step up your game. Iâ€™m counting on you.

SpawnCast Co-Host/Creative Co-Director Brian is member of the University of Mary Washingtonâ€™s class of 2012 and graduated with a BS in Computer Science. He has been gaming since the first day he held an original GameBoy in his hands and hasnâ€™t stopped since. He now plays mostly shooters and RPGs on his Xbox 360 but will occasionally work in some sports or fighting games when heâ€™s in the mood. He is also a huge fan of playing marathon sessions of Legend of Zelda when the opportunity arises.
You might also like
gamecubeArticlesOpinionBrian O'Donnell