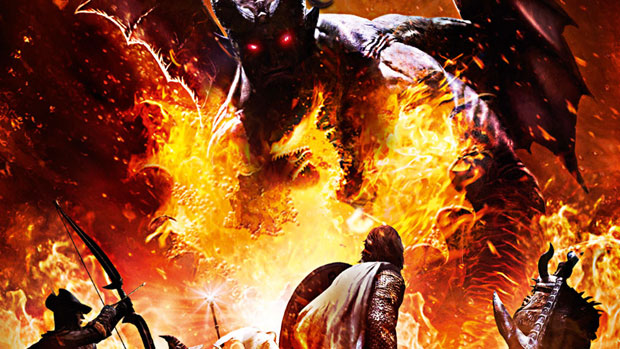 Some games fail on the first try, but come back as a better and more polished version of the original. Iâ€™ve always imagined what itâ€™d be like to be the lead designer for a game. I picture it as sending your kid off to school, hoping heâ€™ll do well in classes and make worthwhile friends. But then I think about what would I do if my game, that I thought was pretty good, totally sucked? Would I just throw in the towel and call it quits, pick up another career, or would I defend my game to the death while correcting the errors and proving that it could be worth something? The first Two Worlds suffered from a host of issues. People either loved it or hated it.

I canâ€™t say that Iâ€™ve heard of a company calling it quits after such a blow, but I have heard of a company trying to redeem itself. For instance, Reality Pumpâ€™s Two Worlds which received scores on all sides of the spectrum, from 1/10 to an 8/10. Reality Pump released the sequel Two Worlds II 4 years later in 2011 which got an average of 7/10. While the game wasnâ€™t perfect, it was better than its predecessor, which says something in my opinion. It shows that Reality Pump truly cared for Two Worlds, and felt like they still had a chance to redeem the game, and released a game that would be received the way they had initially hoped for the first Two Worlds. Two Worlds 2 came out with better combat, quests, and graphics. Even though it was still below AAA games, it did quite well with the fans.

Thatâ€™s great, it truly is. Especially in the time weâ€™re in now, with a lot of new game companies trying to make the next Call of Duty, youâ€™d think that if the first release of a company were to fail, that they would take the easy route and just make another CoD clone. But no, Reality Pump stuck with Two Worlds and actually released a game that wasnâ€™t half bad.

Another example of this would have to be the more recent Dragonâ€™s Dogma. While Capcomâ€™s DD didnâ€™t receive particularly negative reviews, it did get some flak for being a little too â€œhardcoreâ€. What Iâ€™m referencing are certain aspects in the game that werenâ€™t too easy to jump right into and get used too. Most notably was the fact that there was barely a fast travel system at all. The only way you could fast travel was if you had at least two ferrystones. Ferrystones are items in the game that allow you to make a portal between two locations, and theyâ€™re hell to find in the original DD; they were either way too expensive, or way too rare of a find. Dragon’s Dogma. Capcom’s decent attempt at their own version of Dark Souls.

That is until Dragonâ€™s Dogma: Dark Arisen was released. The prices for the ferrystones were dropped dramatically and the drop-rate of said stones was increased. And to top it off, it you already played the original Dragonâ€™s Dogma before Dark Arisen and still have a save file to show it on your hard drive, you begin the game with an â€œEternal Ferrystoneâ€. This Eternal Ferrystone is the equivalent to having unlimited ferrystones. Now thatâ€™s a change. The Dark Arisen expansion upped the difficulty, but made quite a few things, like fast travel, easier to accomplish.

This change in Dragon’s Dogma has been well accepted by most reviewers, so this is indeed another example of a game company paying attention to reviews, and corrected what was wrong with their game. Good job Reality Pump and Capcom! Way to take one for the team.

Former Staff Writer Alex has been gaming since his mind could comprehend what gaming is, starting with the brutal likes of the Iron Fist Tournament to grinding levels in RPGâ€™s. In his free time he loves to play bass and go on adventures with his dog, Chief. Alex aspires to be a gaming journalist and bring as much as he can to the SpawnFirst table.
You might also like
CapcomArticlesOpinion