Sly Cooper: A Victim of the Realities of Hollywood

How about a new voice to go with that new look, Sly?

Since reporting on the announcement of the upcoming Sly Cooper film I feel like Iâ€™ve been doing nothing but fighting with two different sides of myself all day.

The kid in me that was always happy to see new content coming from the things I loved versus the adult in me that realizes that movie adaptations of video games are seldom able to recapture the magic of the game.

The preservationist in me that was peeved by the filmâ€™s animation style not staying true to the cel-shaded cartoon style of the games is battling against the viewer in me that knows CGI does allow for more visually captivating animation.

Then thereâ€™s the fan in me waging war with the realist in me over the fact that the series titular character will not be voiced by Kevin Miller who has voiced the raccoon kleptomaniac for over a decade.

For those that don’t know, the Sly Cooper series is one of my all-time favorites.

After my sister took her PS2 with her when she moved out in 2004, I found my own under the Christmas tree with a copy of Sly 2 that I still have on my shelf today.

I was so enamored by the gameplay and story, but specifically I took away a deep admiration for the character of Sly.

Sly was the cocky, wise-cracking rogue I’d grown to love since watching Disney’s Robin Hood as a kid. I loved watching him get in way over his head with bullets flying in his direction and still be taunting his enemies with a smile on his face. 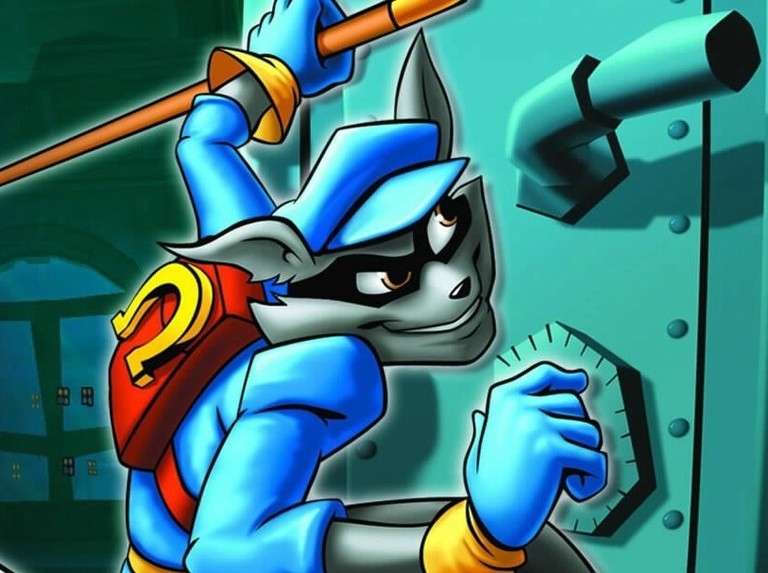 After Sly 3 came out in 2005, I thought the series had seen its end after a pretty definitive ending, but then Sly Cooper: Thieves in Time was announced for the PS3 after a re-release of the original trilogy in HD.

That announcement was the one that finally pushed me to buy a PS3. Buying that system resulted in a complete revival of my love for video games that had been gone for quite a few years. That passion for video games is why I’m writing about games today and instead of continuing down the direction I was prior which entailed being miserable in my college’s sub-par music department.

Needless to say, I owe a lot to Sly Cooper.

So when I awoke to the news of the Sly Cooper movie I was worried for all the reasons I mentioned earlier, but when I finally watched the teaser trailer and heard the voice coming from Sly’s mouth was not Kevin Miller’s, my heart sank and I felt sick.

Sly was the heart of what made those games so meaningful to me, and a lot of that was owed to Kevin Miller’s excellent delivery of every line.

I did some research and found where Kevin Miller spoke about the movie on his Sly Facebook fan page where he confirmed he was never asked to reprise his role and was told it would go to an “A-lister celebrity-type.” 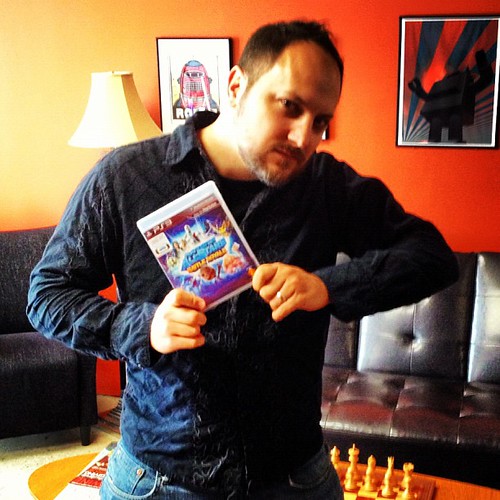 My knee-jerk reaction was to be absolutely livid. This wasn’t just an insult to Miller, it was the figurative pissing on his contribution to the character for over a decade. He’d voiced the character in every appearance prior, both in his canonical games and spin-offs and crossovers like PlayStation All-Stars, but now that there’s a movie he’s not big enough for you?

This was even stranger considering that the other voice actors behind characters Bentley and Murray seemed to remain intact.

I wrote up the news for SpawnFirst and then proceeded to get ready for school. As I got dressed, brushed my teeth, and packed my bag my mind was filled with angsty and resentful thoughts that this crime against one of my favorite characters had been committed right in front of me. But as I was in the shower, where I do most of my deep and rational thinking it all clicked in my head.

Recently I went and saw American Hustle with my brother knowing absolutely nothing about the movie or what it was about. However, I knew I was interested in seeing it because it was full of actors and actresses like Jennifer Lawrence, Christian Bale and Bradley Cooper, actors who’s past work I enjoyed and assumed would be involved in something that I would find worth watching again.

While the actor who plays Sly hasn’t been officially revealed, the fact that Miller wasn’t even asked to voice him must mean he’s a relatively well known name.

People are, more often than not, interested in movies based on the faces and names they see tied to them more often than they are by the situation these actors and actresses are presenting.Â This isn’t the same for games.

Actors sell movies but they are very unlikely to sell the latest AAA release. Troy Baker or Jennifer Hale portraying a character is a nice bonus when it happens in a game, but it’s never the hook.

If Sly gets some big named attached to him, the public might be more receptive of going to see his movie. My affinity for and nostalgia toward Miller’s portrayal of him is just collateral damage when faced with that fact.Â It’s a sad reality, but my experience based revelation makes me somewhat more accepting of it.

I know that when I’m sitting in the theater watching the movie I’ll be huffing and puffing about how much better Miller is regardless of what this other guy does, but if this other guy’s name showing up in the film’s previews helps The Cooper Gang reach more people who might help Sly 5 or 6 be a bigger success I suppose I’ll suck it up and live with it.

However, if this new A-lister ends up replacing Miller in the games, then Sony will be seeing my picket signs outside their office.

Senior Staff Writer Kenneth Shepard is a freelance video game journalist, the first human Spectre and an avid Coca-Cola enthusiast. When he's not sharing his opinion on the internet or saving the galaxy from certain death he enjoys sobbing hysterically over the lives of fictional characters . A student at the University of North Georgia, Kenneth currently writes about games for the University's newspaper.
You might also like
sly cooper