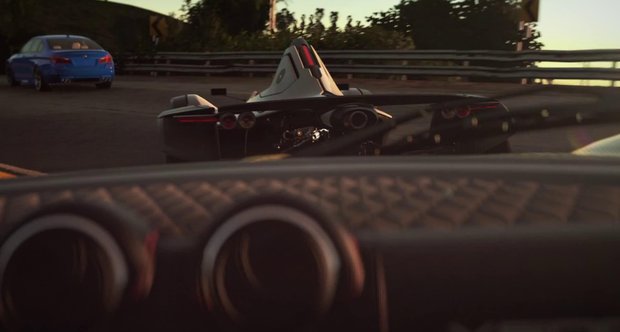 I bought my PlayStation 3 during the last holiday season, while always wanting one, I never had the opportunity until recently. If youâ€™ve read any of my other pieces, you can tell that I love to talk about the rising success of Sonyâ€™s gaming machine.

Note that I said rising, for at one time the PS3 was barely following behind the sales of Microsoftâ€™s Xbox 360. One of the biggest reasons for this is how long it took to develop a game for the PS3, with developers saying it could take anywhere from six months to a year to fully understand the components that made developing optimal graphics on the PS3. And even if you did come to comprehend the developmental labyrinth of the console, you would barely use the knowledge you learned from that experience on any other project for other consoles.

Easy on the eyes, but hard on the brain.

Back in 2007, Gabe Newell, best known as the owner of the popular gaming company, Valve, had this to say in regards to the tedious process:

â€œThere’s nothing there that you’re going to apply to anything else. You’re not going to gain anything except a hatred of the architecture they’ve created. I don’t think it’s a good solutionâ€

And Newell also called the PS3 a general â€œwaste of timeâ€. Those are strong words coming from a very important man in the gaming world. He maybe more important to the PC crowd than he is to consoles fans, but it’s still a very harsh statement.

Not all was lost for Sony though, as they were able to recover from the rocky start and actually outsold the 360 in the current gen console war. But with new consoles on the horizon, one can only hope that Sony will not repeat themselves. From whatâ€™s been said, it sounds like Sony has indeed listened to complaints about the development on the PS3: with the time it took to understand the PS3’s architecture (about 6 months to a year), Sony completely changed the architecture on the PS4, cutting down projected architecture comprehension and study to only a projected 1 to 2 months.

Mark Cerny, the brains behind the PS4, has spoken about how much effort Sony has put into working on making the PS4 more accessible than the PS3:

“There were two goals with PS4. The first is building the most accessible console we can, because the easiest games console to develop for will get you the best games in year oneâ€

And sure, youâ€™d expect the person behind the console to say things like that, but what about, well…game developers, the ones who actually make the games? Sucker Punch, developers of the Sly Cooper series, and the more recent Infamous games, has this to say about the development process:

â€œThe adaptability of the PS4â€™s design has saved us a years time in development.â€

This is what I love about Sony; sure, theyâ€™ve been in a few tight situations here and there, but they sure as heck know how to get themselves out of a predicament and prosper. Greatness Awaits, everyone!

Former Staff Writer Alex has been gaming since his mind could comprehend what gaming is, starting with the brutal likes of the Iron Fist Tournament to grinding levels in RPGâ€™s. In his free time he loves to play bass and go on adventures with his dog, Chief. Alex aspires to be a gaming journalist and bring as much as he can to the SpawnFirst table.
You might also like
Drive Club