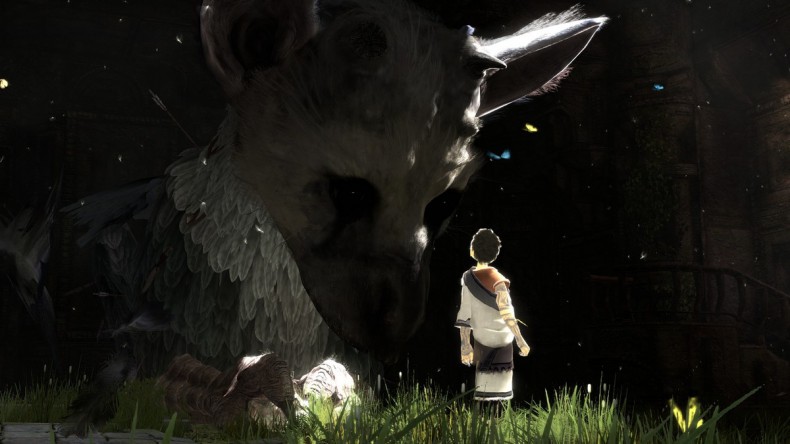 Way back in 2009, towards the end of Sony’s E3 press conference, a little game known as The Last Guardian was officially unveiled to the world—and upon watching the initial trailer, the gaming public essentially wept tears of joy. How could we not, after all? After the artistic and atmospherically divine Ico, and the suitably epic giant-killing of Shadow of The Colossus, any sort of follow-up game from Team Ico was sure to be on a whole lot of “must-play” lists. But then, The Last Guardian… well, sort of vanished. Now nearly six years later, with barely any sign of it still being in development other then Sony’s word that it is, we’re left asking some very different questions, like what the hell is really going on? And is Sony really stalling for time right now?

Let’s have a not-so-quick recap of the long road to now, shall we? The Last Guardian has been in development since 2007, was unveiled in its debut trailer (as mentioned above) at E3 2009, made a second appearance at Tokyo Game Show that same year, and was originally slated for a 2011 release date. With a big Triple-A game like this, this isn’t at all out of the ordinary, as any good game these days usually takes a few years to be cooked up properly. But then E3 2010 rolled around, and the game was nowhere to be found. It briefly popped up again at TGS again that year, but that wasn’t anything new or worth noting. From that time forward the game became a bit myth. Bits and slithers popped up in places, but things were definitely going on behind the scenes with the games development, including changes in development, constant technical difficulties, and the sudden departure of Fumito Ueda from Team Ico (though he apparently is still involved in making sure the game is completed). Information on the game has gone dark in that time, and speculation about whether it was cancelled all together has been running rampant, but apparently its development has been a long and agonizing process, to the point where all we’ve gotten as to how it’s doing is that “it’s just not ready yet.”

Here’s the thing: considering that we’re looking at a game that’s spent the better part of eight years in development at this point, Sony must in theory have something to show for it; new concept art, a brief trailer, anything. Otherwise it’s not so much an issue of slow development as it is an issue of wasting time and resources that could be put to better use. Mind you, it wouldn’t be the first time we’d spent long stretches of time waiting for a game. Duke Nukem Forever is obviously the first thing that comes to mind, but that’s hardly the gold standard either, and we always seemed to be aware of how that game is doing and which studio was trying to finish it that week. Plus, since it ended up being universally regarded as terrible, I guess it’s a moot point to bring up in any case. Yeah, he’s pretty sad about all this too…

I suppose my point here is that whether it be at E3, TGS, or something else entirely, Sony is going to have to put its long gestating money where its Giant Griffin Dog mouth is this year and show us some real, hard evidence concerning how the game is doing. Otherwise, it should stop sinking money into what appears on the surface to be an equally sinking ship, allow us to mourn its untimely and most unfortunate loss in peace, and move on to better and equally awesome things.

Hi! I'm Tony. I'm 26 years years old and Currently living in Fayetteville, North Carolina. I've been a gamer for the Majority of my existence, stretching as far back as the SNES days. I currently own a PS3 and a PS4, but am open to anything and everything. literally, I'll pick up a controller and play anything once. I'm also pretty much the biggest and most well rounded nerd you'll ever encounter, with a love for sci-fi/fantasy/comic book everything. I also, love music, literature, and art. I guess you could call me creative! When I'm not indulging myself in any of the above things, I'm a freelance photographer, focused mainly on concerts and events and big events around NC, and a writer who writes about the people involved in said events. I'm also about to be writing a bit for gamereviews.com so yeah, hit me up if you want to know more!
You might also like
ArticleArticlesFeatures