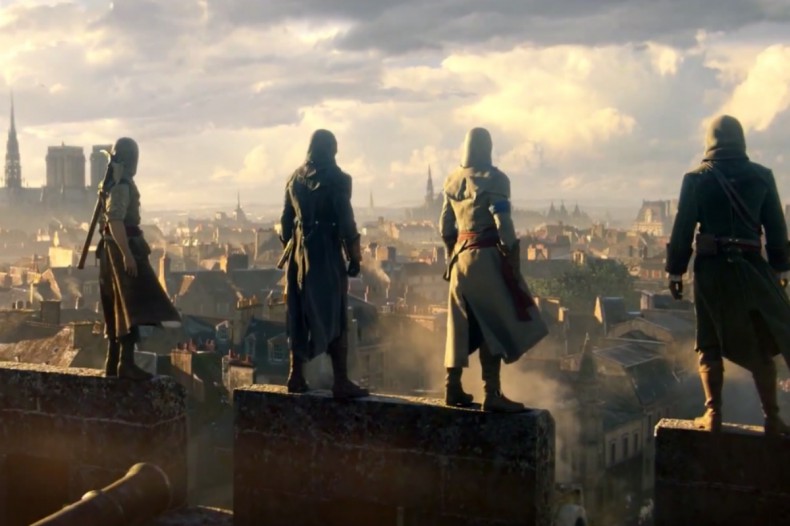 1
a :  a heterogeneous mixture of sound waves extending over a wide frequency range

b :  a constant background noise; especially :  one that drowns out other sounds

Representation in games is a hot topic these days and for good reason. Video games are more popular than ever and more and more people want to see characters they can relate to be included. You can have this conversation nearly every day and I have heard some incredibly insightful, intelligent, well thought out discussions on the topic.

And then there are the others who simply react to everything, and without context or even simply enough information, make claims of sexism and racism. The problem with these types of reactions is that it causes people, myself included, to not take them seriously, regardless of their intentions; tuning them out as white noise. Some will even go so far as to openly mock them with satirical articles, and spoof articles and petitions. This can be damaging to the legitimate messages and conversations already being had because they too get tuned out as white noise.

At E3 2014, Ubisoft pulled back the veil on the latest entry in their megafranchise, Assassin’s Creed: Unity. Bringing co-op into the campaign for the first time in series history. Friends and randoms alike will be able to join in and complete missions, each taking on the role of another faceless assassin in each other’s respective game. It’s a neat feature that got a lot of people talking.

But it seems that the loudest talking being heard wasn’t about how the feature works, how it could change the game, or even if people wanted co-op in a series with six main entries that have been about a single player experience. Instead, the conversation quickly turned into whether or not players would be able to choose a female avatar to play co-op, which in and of itself isn’t a bad thing. It’s a legitimate question seeing as how so many recent Triple-A games like The Elder Scrolls V: Skyrim  and Mass Effect  have had the option.

When asked by Video Gamer why Ubisoft chose to not have playable female characters, Ubisoft Technical Director James Therien replied, “It was on our feature list until not too long ago, but it’s a question of focus and production. So we wanted to make sure we had the best experience for the character. A female character means that you have to redo a lot of animation, a lot of costumes [inaudible]. It would have doubled the work on those things. And I mean it’s something the team really wanted, but we had to make a decision… It’s unfortunate, but it’s a reality of game development.”

It seemed reasonable to me. However the Internet being what it is, people jumped on this explanation and without any further context or information, started throwing around an incredibly heavy and serious accusation: that Ubisoft was being sexist. Some even went so far as to flat out call Ubisoft liars for their explanation—again, without context—and were citing a tweet from former Ubisoft, now Naughty Dog animator, Jonathan Cooper, who stated, “In my educated opinion, I would estimate this to be a day or two’s work. Not a replacement of 8,000 animations.”

OK, fair enough. But sexist? Are we sure?

Sexism in this world is a very serious issue, and accusations as such should always be taken seriously. Nobody in their right mind wants it, and there are legitimate claims to be made, not just in the video game industry, but the world over.

But are we sure this decision was sexist?

As it turns out, weirdly enough, it seems to not be the case because the explanation given by James Therien was accurate, but lacking proper context. First of all, players always play as Arno, be it solo or in shared co-op experiences. The player will always be Arno as it’s his story. The other players will simply be other nondescript (so to speak) male assassins so to not break the immersion for the player when he sees three other Arnos in their game.

Applying this explanation to James Therien’s statement means the entire game would have to be redone in terms of animations, voice work, script writing, and so on. Now, if someone thinks they should have done it anyway “just because” that is another issue. However, the explanation given with its proper context makes perfect sense and is 100 percent valid.

Also of note, when interviewed by Polygon, Jonathan Cooper added, “It’s not the best quality. It’s definitely a compromise in quality. But I think it’s more important that you can actually play as who you want to play as.” And yet, I’ve barely heard a peep in the conversations I’ve had since the event, or on the internet.

Unfortunately, in my experience, the damage is already done—both to the overall perception of the game, and to the people who made such claims, again, without proper context. It is now impossible for me to look at Assassin’s Creed: Unity  without thinking of the accusations leveled at Ubisoft. And now it seems that a legitimate call for diversity in gaming is taking the brunt of jabs due to the knee-jerk reactions by people with Twitter accounts and a voice on the internet. An online petition spoofing the recent controversy is calling for Link to to be a “black female.”

Last week, Nintendo also revealed, or heavily teased, the latest Zelda game for the WiiU. Much speculation has gone into whom the character we see in the trailer is, as they lack Link’s signature green tunic in favor of a more colorful blue one.

It seems that people with a scathing sense of humor have decided to poke all kinds of fun at the topic of representation in games by creating an online petition at Change.org asking for Link to be playable as a “black female” character in the upcoming game.

Additionally, after Bungie released a playable Alpha for their upcoming game, Destiny, this past weekend for PS4 owners, one writer named Marcus Escrito decided to take to task those having the aforementioned knee-jerk reactions with a satirical article claiming the game is racist.

“I would research this further, but I can’t, I just can’t. OK? We just have to boycott. Boycott Destiny. Don’t give these racists any of your money” is one particular standout line in Escrito’s piece.

This mirrors the reactions had by several people I have encountered on the internet in the past couple of weeks.

Unfortunately, it doesn’t begin with Assassin’s Creed: Unity  for Ubisoft either. Last month Ubsioft announced Far Cry 4, and released key art for the game. In the image, it featured a man with blonde hair sitting on a fallen statue with his hand on an Asian man’s head who was holding a grenade. The pin for which was in the blonde man’s other hand.

Within hours, tweets were going out calling the art racist. No questions asked, no context, just racist.

Unfortunately, like the sexism claims aimed at Assassin’s Creed, the internet took to bad news like flames to paper and spread out almost instantly.

Ubisoft then, too, had to explain that the man in the position of power, whom we knew almost nothing about, was in fact not white.

Once again, knee-jerk reactions without context resulted in accusations leveled at a company and, by proxy, its artists without an ounce of research and follow up. Never mind the irony that as soon as someone sees a blonde man in a precarious position of dominance, it is automatically assumed that he is white. As it turns out, Pagan Min isn’t white. Funny how a simple question could have cleared that right up before setting fire to the internet.

Thankfully not all media jumped at the chance to shout “RASCIST!” from the internet rooftops. IGN’s Colin Moriarity immediately wrote an editorial not only looking at the lack of context, but also taking into consideration what the context could mean, defending art’s right and ability to challenge the viewer, listener, reader, player, etc.

“Not everything is made or designed to please you, evoke positivity, or make you feel included. Sometimes, art can make you feel isolated, offended, or alone.”

Once again, I would like to reiterate that I am, by no means, making light of racism and sexism in games or the world. They are horrible, serious issues that deserve attention, discussion, and resolution. Excellent debates can and will continue to be had. Change is a good thing. We have more and more games being made that offer different perspectives and as long as the story is well told, I am all for it.

It should also be said that hastily calling people or their work “racist” or “sexist” without context or information is very much akin to yelling “fire” in a crowded theater. It can hurt people. Words have consequences and with so much of the internet, and people in games media so quick to make these accusations, those consequences can have a lasting, harmful effect. Even if the creators have issued a statement. A week after Ubisoft clarified what Therien meant, I still see people clinging to Cooper’s tweet and insisting that Ubisoft is lying, and that the character can and should be a female because it’s “easy” to animate a female playable character.

If someone is only interested in their cause and making sure everyone and everything knows it and continues to ignore facts, context, and refuses to seek out those ever so important things, no matter how noble your cause, they will continue to be tuned out and ignored, like white noise.

Sean is a semi-retired hardcore kid, semi-grown up and transplanted from his original home of New York to Los Angeles. A lover and critic of movies, music and video games, Sean is always quick with an opinion, a heaping dose of snark, and a healthy dose of pragmatism. PSN & Live Gamertag: N2NOther
You might also like
Assassin's Creed: UnityArticlesFeaturesSean Mesler