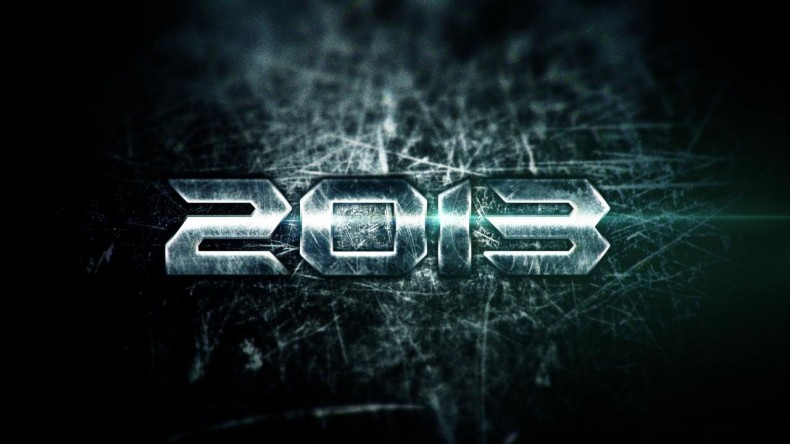 2013 has been an amazing year for video games. We here at SpawnFirst wish to recognize that as we look back on a year filled with a lot of ups and some downs (here’s looking at you, Ride to Hell: Retribution).Â  The games on this list will always hold a special place in our hearts. We hope 2014 is even better. So, without further ado, these are the 10 best games of 2013, presented in alphabetical order.

(Note: This list was determined by a series of votes that the entire SpawnFirst staff participated in. We did not base it off what score an individual person gave any game, nor did we draw slips of paper from a hat or anything like that.) A lot of people incorrectly assumed that Assassin’s Creed IV: Black FlagÂ  was going to be just more of the same. The reviews of it didn’t help to change those misconceptions at all. However, after playing it, a thought crept into my head: This is kind of amazing. Black Flag Â took Assassin’s CreedÂ  in a bold new direction, emerging as one of the best games in the series.

The swashbuckling action is fun as hell. Sailing the open seas and engaging in ship battles is a dream come true. The world is beautiful and a joy to explore. Some of the missions can be dull, but there’s enough diversity in Black FlagÂ  to satisfy every type of gamer. Black Flag Â isn’t just one of the best Assassin’s Creed Â games; it’s also the best game about pirates ever.Â  — Buddy Acker Destruction. Itâ€™s all about destruction, baby. You may love the tight confines of any particular Call of DutyÂ  map, taking comfort in the occasional spot with only a single ingress so you can bob and snipe at your heartâ€™s content, knowing you have at least three walls protecting your six. Such is the flow of battle in Call of Duty; there really isnâ€™t any.

Then thereâ€™s Battlefield, where walls and chokepoints are a mere inconvenience, a playing field in which no one point is secure, and anything you canâ€™t walk through, you blast through. The battlefield is constantly evolving, changing from one defined hotspot to another, where bullets and explosions are sovereign, and not the position.

Battlefield 3Â  took out a lot of the destruction we grew to love in the Battlefield: Bad CompanyÂ  games, so itâ€™s no wonder fans were fervently looking forward to the much touted â€œLevolutionâ€ feature in Battlefield 4. Added to it, the 64-count chaotic multiplayer, a decent single-player campaign, and a wide collection of weapons and vehicles made this game THE first-person shooter of 2013, in spite of its ongoing technical issues on the PC and next-gen consoles. People want destruction, and people want things that cause destruction. Nothing fits the bill better than Battlefield 4.Â  — Karam Elahi BioShock Infinite, a more credible spiritual successor to 2007’s superb BioShockÂ  than 2010’s BioShock 2, may easily be one of the prettiest games of 2013.Â  The game seems simple at first, but in classic BioShockÂ  style, the world of sky-built Colombia is anything but the beautiful city it first seems.Â  InfiniteÂ  also presents us with one of the most compelling female protagonists in the guise of escort missions: Elizabeth is at once frightening, charming and beautiful.Â  Stupidly good voice acting (Troy Baker as the player-character Booker DeWitt, Jennifer Hale of Mass EffectÂ  fame as Rosalind Lutece), crushingly beautiful art, compelling if simplistic combat and a story that bears (forgive me) infinite replaying make InfiniteÂ  a shoo-in for game of the year.Â  — Alice Irvin Brothers: A Tale of Two Sons

I reviewed Brothers: A Tale of Two SonsÂ  earlier this year, awarding it a 9.5, but my review couldn’t properly convey how much I truly love it, and neither will this. After playing through it a few times I’m more than willing to label it as one of my favorite games ever. “Then why didn’t you give it a 10?” people who care about such things may ask. I’m not a big fan of applying scores to games, but I will say that my reasoning had to do with a few minor flaws.

But flaws don’t even compare to emotion. Mechanics aren’t the only highway to the human heart. BrothersÂ  changed me. It tore me apart and then put me back together again. I know I’m coming across as very sentimental, but it truly did stir something up inside of me that I’ve never felt before while playing a video game. I’m so glad it made SpawnFirst’s “best games of 2013” list. It’s visually stunning and fun, but it’s also heartfelt, and that matters more than anything else as far as I’m concerned.Â  — Buddy Acker The latest game in the Devil May CryÂ  series was met with a lot of criticism. Fans from all over were voicing their opinions on the changes made to Dante and the series as a whole without paying much mind to the gameplay before the gameâ€™s release. All those crying voices were soon stifled after everyone got the chance to experience how amazing Devil May CryÂ  truly is. It retained its typical hack and slash mixed with gunplay game style while also being one of those games where time spent training with all the weapons made for some extremely stylish moves.

Training separated the “noobs” from the “pros”, and it soon became a matter of who could get the most stylish videos up on YouTube. However, it also showed a completely different side to both Dante and Vergil. Being an origins story, it put a lot into the scope of how power corrupted Vergil and how Dante refused to let it get to him. Despite the initial negative response pre-release, the post-release positive reception was well-deserved.Â  — Angie Santiago Diablo IIIÂ  is the king of dungeon crawlers. No game has ever done what it does better. I shuddered when I heard it was being ported to consoles, but I breathed a sigh of relief when I played it on PlayStation 3 earlier this year and realized that it was wholly intact and even better than it was on PC. The controls are way better. It can be played offline. The stupid auction houses are gone.

Diablo IIIÂ  is gaming heaven. I really can’t think of a single thing to say about it that wouldn’t sound like nitpicking. It does everything right it’s supposed to do right. It delivers on every level. The PlayStation 3 version deserves to be right up there alongside the best of the best that consoles have to offer. I got more enjoyment out of Diablo III Â than I did any other game this year. Â — Buddy Acker It’s hard to apply the word “awesome” in its original sense to a video game, as in “inspiring awe”, but that’s exactly what Grand Theft Auto VÂ  is and does.Â  It’s a sprawling exploration of crime in Los Santos spread amongst three protagonists as they lie, cheat, steal and, of course, drive their way to infamy.Â  It’s the sheer variety that really puts GTA VÂ  into a league of its own. At any given moment you can fly a helicopter, jack a car, get a lap dance, do some yoga, play some tennis, watch some TV or just drive from one end of the massive city to the other.Â  GTA VÂ  is a funny, reckless, morally questionable vision of the world we might live in. It’s filled with hours upon hours of awful fun and fun awfulness.Â  — Alice Irvin Every once in a while, a game comes along that completely changes peopleâ€™s perceptions about the industry. It goes beyond the standard game archetypes, and each aspect of the gameâ€™s structure, from the drama, story, gameplay, aesthetics, soundtrack, to the charactersÂ  evolve to become greater than the sum of their parts. And this year, nay, this decade, that game is The Last of Us.

In a story set in a post-apocalyptic world overrun by killer fungi and fraught with other, more human dangers as well, Joel and Ellie create a completely believable connection with each other. They support one another despite constant mortal danger, criticize the heck out of each other and curse like sailors when the moments call for it (and even when they donâ€™t). And yet we still stick with them, breathing through their story, wincing at Joelâ€™s attempts at humor and smiling every time Ellieâ€™s mature demeanor belies her age. Whether youâ€™re living through Joelâ€™s and Ellieâ€™s story in the breathtaking and emotional single-player, or enjoying the strategic and brutally hard-hitting multiplayer, The Last of UsÂ  is one game in 2013 that needs to experienced.Â  — Karam Elahi Super Mario 3D WorldÂ  features everything you love about classic Mario and more.Â  The levels are as creative as they’ve ever been, it’s challenging to even the most seasoned of gamers while also being accessible to newcomers and it redefines the platformer.Â  With its new co-op mode and the inclusion of the MiiVerse community, you can share the frustrations of countless deaths and the glory of completing Championâ€™s Road with others.Â  Nintendo has done it again.Â  — Chris Vellucci Sometimes a stagnant game series needs a kick in the butt. And sometimes that kick results in either a Frankenstein-ish abomination of too many varied gameplay tropes, or it results in something new, something brilliantâ€”a game that resuscitates the heart of the franchise and adds new and innovative gameplay components, along with an engaging story. Crystal Dynamics set out to do just that with 2013â€™s Tomb Raider. And they succeeded.

Tomb RaiderÂ  gave us a younger, more vulnerable Lara Croft. The new Lara is so unlike her previous overconfident iteration; she hurt, bled, hungered and shivered in the cold like most of us would if put in her perilous situation. We hunted prey with her, swallowed our panic like a lumpy apple while we crept with her behind cover, avoiding each and every over-powered enemy. We took comfort every time she reached a campfire, basking in the warmth and safety of it along with her.

Every gameplay element in Tomb RaiderÂ  is perfect. From the stealth elements, weapons (the bow controls like a dream), and the fighting aspects; all convey Laraâ€™s vulnerabilities and strengths beautifully. And even though itâ€™s gritty, the story harkens back to the seriesâ€™ more supernatural facets…and just works. Although she might not be the same buxom beauty we remember from past games, this new Laraâ€™s mettle, determination and ability to grab our senses and emotions almost makes us forget there were any other Tomb RaiderÂ  games before this.Â  — Karam Elahi

Features Editor Buddy was a journalism major at the University of Alabama. He now spends his days writing novels that will probably never get published and wishing he were an extra in an Anthony Hopkins film. He's been gaming since he can remember and has owned every console from the NES to the TurboGrafx-16 to, yes, even the Phillips CD-i. He loves all games, but his favorite genres are shooters and RPGs. His favorite game is The Legend of Zelda: Ocarina of Time.
You might also like
assassins creedArticlesFeaturesAlice Irvin