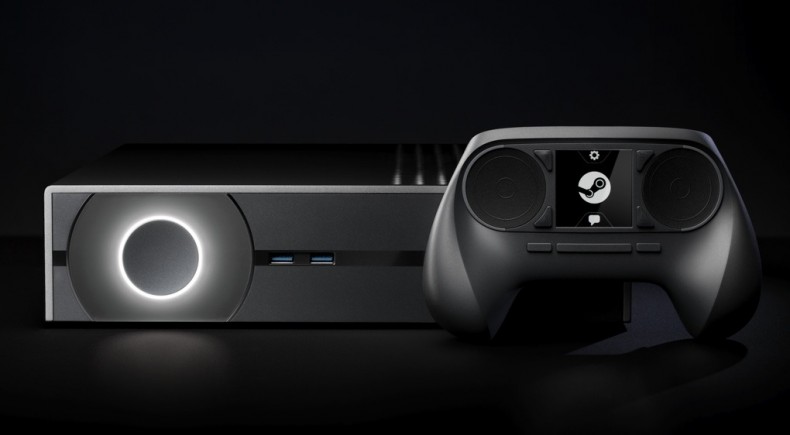 In case you were living under a rock, last year, PC developer/retailer/overlords Valve announced that they would be sponsoring the creation of specific PCs, known as Steam Machines, to bring PC gaming to the masses. The initial announcement, though vague, was exciting. The promise of PC gaming, with its low game prices, high level of technical performance and virtually limitless indie market, with all the convenience of a games console. Oh the excitement! And then things went quiet for a while, and everyone went back playing on their new consoles.

However, the specifications for the first wave of Compusolesâ„¢ were recently released by a variety of manufacturers at CES. And having looked at a few of them, I have to say that I donâ€™t really see why.

These machines have a variety of specifications, and some models havenâ€™t had their specs revealed yet, but many of them seem to have missed the point. Steam machines were supposed to rival the Xbox and PS4 in terms of cost, performance and usability, whilst allowing the advantages of Steam as a gaming platform and the PCâ€™s general utility to provide the advantages. So why do some of them cost over $1000? Boxes like the Falcon Northwest Tiki and the Digital Storm Bolt 2 in particular cost more than double/triple/quadruple the cost of a console. Now, granted, they both come with technical specs to makes any hardware nerd like me weep sweet tears of joy. Thereâ€™s no denying that these are extremely powerful machines, designed to make gaming the most beautiful and slick experience it could possibly be, but anyone willing to expend that kind of cash on a gaming machine a) probably already has something similar b) will want a regular computer to do, yâ€™know, computer stuff on. If I spent that kind of money on a phone, for example, Iâ€™d want it to call and send texts in addition to just playing Angry Birds and accessing twitter.

I should make my own bias clear here. As of this Christmas, I am a PC gamer. I built my own machine, because it was much cheaper than ordering a prebuilt model. The main reason I switched from consoles was because I needed a new computer anyway and the combined cost of a new laptop and a PS4 was pretty much the same. So now I have a machine that cost about Â£700, will play any console title, and plenty PC exclusives, at a far higher resolution and frames per second, than either of the current generation consoles. The games also cost a fraction of the price, my storage drive is orders of magnitude bigger and I can use it to write articles like this, once Iâ€™ve finished playing Metro: Last Light at a level of visual fidelity that makes reality look like itâ€™s running on an Atari2600. Iâ€™m not saying any of this makes me better than you, but it does.

Sure it’s small, but is it powerful and future-proof?

But the point is, if I spent the money I had on this computer, and then put it under my television, effectively removing half the point in buying it, then youâ€™d say I was an idiot. But if it came with a Valve logo stencilled across the side (Iâ€™m looking at you, Alienware) then itâ€™s apparently a good idea. As far as I can work out, their target audience is people with far more money than sense.

So what then of the more sensible Steam Boxes? The CyberPowerPC box seems more reasonable. The base model costs $499 and more reasonable hardware puts it in line with the PS4 and Xbox. This then, is what youâ€™d expect from PC gamingâ€™s answer to consoles.Â  It makes some technical compromises in order to reach a more wallet friendly price point, which was the whole point of consoles in the first place. Those looking to switch to a more powerful gaming machine in light of the new console generation are could do worse than buying that. But then, how many people are in that group, with that kind of budget, who are liable to do enough research beforehand to decide they need a Steam Box?

One of PC gamingâ€™s strengths has always been its DIY nature. Plenty of companies manufacture computers for gaming, but they do so using component parts available to the average joe. Itâ€™s easier than ever to build yourself a computer, saving yourself a measureable chunk of cash in the process. But that requires trawling through the hundreds of brands of available hardware, the wading through technical specs that mean nothing to anyone without a PhD and ultimately, building the damn thing yourself. I spent hours and hours making the choices for my PC, and then putting it together took most of a day. Most responsible human beings donâ€™t have that kind of time or even the inclination to waste it when they could get someone else to do it for them and simplify the process.

Itâ€™s exactly this kind of diplomatic compatibility that causes problems for the Steam Box idea. The PlayStations are made by Sony. Xbox is manufactured by Microsoft. And Steam Boxes are made byâ€¦ lots of people. The come in a variety of forms, they all look different, contain different components and are sold by a plethora of different manufactures. Because, in an even more fundamental way than the games consoles they emulate, they are personal computers. PCs. Is there room in the gaming market for them? Very probably. But until they remove the stigma of being â€˜not very good gaming pcsâ€™, and make Steam Box a name that people associate with gaming as much as PlayStation and Xbox, itâ€™s quite hard to see the point in them.

But like I said, Iâ€™ve already got a proper gaming PC. Iâ€™m not saying that makes me better than you, but it does.

Staff Writer Reuben is a student, a nerd and an all round SpaceBadass. When heâ€™s not playing games in his free time he reads anything he can get his hands on, is an aspiring stand-up comedian and makes gaming videos on Youtube. He decied to try writing because it was neater than leaving all of the words in his head, where they were liable to clutter the place up. Heâ€™s owned every iteration of the Pokemon franchise (he usually chooses the Grass starter, except Chikorita, because why would you?), completed Borderlands 2 more times than can possibly be good for his mental health and owns a worryingly large collection of gaming reference t-shirts. He usually plays both PS3 and Xbox 360 games, but is probably going to jump to PC for the next generation. He hopes to contribute as much to SpawnFirst as he can, and he feels really stange about writing in third person. He may also have over written his bio. Xbox Live: CruelCoffee, PSN and Steam: RoboFish_MkII
You might also like
ConsoleArticles