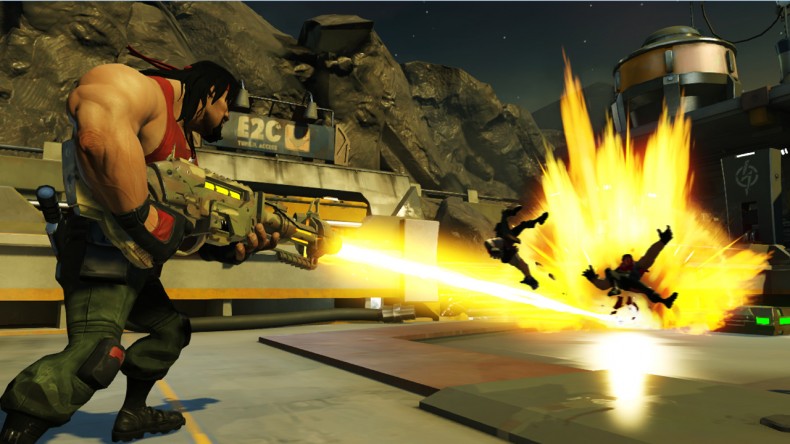 I’m sure you guys have all heard of â€œEarly Accessâ€, it’s Steamâ€™s way of connecting you to the developer and involving you in the entire process from pre-alpha (in some cases) to the finished product. Those of you not familiar with the scheme hereâ€™s how it works: You buy what is essentially an unfinished, sometimes broken, game and watch it transform into a finished title. Shipping all those broken-ass games out to people works for the developer in that it gives them a plethora of data to work from when bug stomping â€“ which ends up good for the player as they end up paying less money & also get a very well ironed out game. Below are what I think are the best Early Access games currently available, Starting withâ€¦

Yes it is Arma 3, Yes that was predictable as hell. Arma 3 seems to be the big fish in a small pond in that, it was made in an long established studio that has had successful(ish) games in the past. I mean, we all know that they are in the midst of developing a DayZ standalone and thatâ€™s great, but before that came Arma 2, which back in the day had a good following thanks to its realism and compelling gameplay. Itâ€™s available on Early Access for $45 (Â£29.99) and is out NOW.

Sir, You Are Being Hunted.

A refreshingly original take on the survival genre and definitely not one to miss, Sir, You Are Being Hunted puts you in the shoes of a man stranded on a strange archipelago with a bunch of English country gent-style Robots. No you didnâ€™t read it wrong, they are robots and they want to shoot your face with guns and mount you on their wall. No joke. When I played, it took me all of five minutes to die, which was a little frustrating but it makes it more rewarding when you survive for a longer time. You can pick up weapons from dead robots and their houses to defend yourself with, but donâ€™t go thinking you can shoot your way through them as they will just have none of that crap and kill you dead. Itâ€™s currently available in the Early Access program for $19.99 (Â£14.99). Loadout is insane. Loadout takes third person shooters to new levels with customization options-a-mundo. Thereâ€™s just so much you can do that sometimes itâ€™s hard to choose. I canâ€™t stress enough how silly the game is though, the characters you play as look ridiculous and you canâ€™t help but customize a character to make him look more ridiculous. You also get to create your own guns and choose victory dances, which honestly make me laugh my ass off – my favorite is the â€œ80â€™s danceâ€ â€“ which is basically the Carlton dance. Yeah itâ€™s pretty awesome. The only thing I donâ€™t like about it is that even though itâ€™s a paid game, it includes micro-transactions for â€œSpacebuxâ€. MTâ€™s irritate me at the best of times in a Free-To-Play, but in a paid game? Nonetheless, it’s a great game and makes the list. Itâ€™s available for the paltry price of $10 (Â£6.99).

Who could forget these cute little critters? In Kerbal Space Program (KSP), you mastermind the Kerbalâ€™s space program to send little Kerbalâ€™s into space. Itâ€™s a good, original concept and the stuff good Indies are made of. Itâ€™s a simulation game with all the good feels of a sandbox. The object of the game is the same as any other space program, to build a craft that will send your crew to space and safely return them home again! Itâ€™s received over 10,000 recommendations and has earned every one of them I assure you. Itâ€™s available on Early Access for $22.99 (Â£17.99)

Okay so space sims aren’t everyoneâ€™s cup of tea and I understand, but this is a good one. It has a very interesting shipyard feature that allows you to build your own spaceship to roam around in. Currently, it can be as big and as little as you like as long as your crewâ€™s requirements are met. There isn’t much to do as of yet, but the shipyard is a lot of fun and this game has excellent potential. Available for $19.99 (Â£14.99)

All the games above are in early stage development, as I mentioned earlier in the article, these games have bugs, they are common, and they can be game-breaking. The difference between Early Access and AAA games is that when a bug occurs in Early Access games, they’re usually fixed pretty quickly, and the games themselves are quite cheap. Some triple-A games have slow patch releases and are still broken, even some with big names behind them that a lot of people spent decent money on. So try not to judge Early Access games too harshly. You get to play the game early, help the developers locate and fix bugs, plus it’s not too much of a strain on the wallet. Here’s to the Early Acess trend catching on. It might just give some privately tested big name games a run for their money.

Former Staff Writer Fraser enjoys long walks on the beach, and doesn't like rude people. He also plays a ludicrous amount of games on both PC and PS3 and is Studying Computer Games Development at college in Scotland, U.K., and of course games journalisming with these fine fellows you see above and below. His wallet fell seriously ill in 2009 of a Steam Sale and has never recovered since, leading to many, many games. He has high hopes that he can suitably inform and entertain many of you fine people, and play a part to make SpawnFirst-a great website, even better. As ever, feel free to add his steam account.
You might also like
SteamArticlesOpinionFraser McIntyre